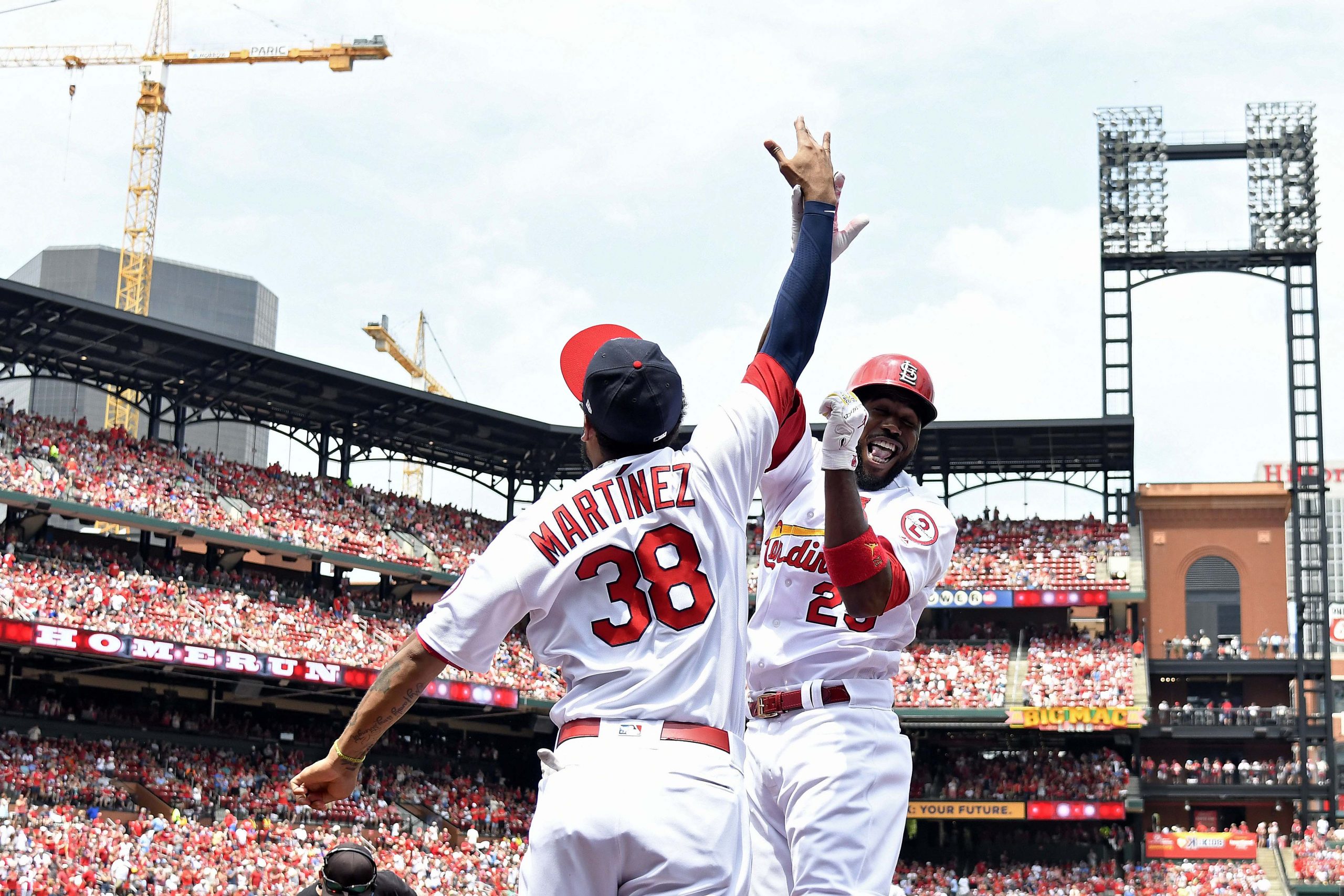 One of the major questions that Cardinals fans have asked this winter is, “have they done enough?” They don’t overlook that Paul Goldschmidt is a star and an offensive force that the team did not have last season, but they question whether he truly puts the lineup over the top.

One of the major drivers behind this question is that Jose Martinez is being pushed out of at-bats. While the Cardinals added an elite hitter, they are simultaneously reducing the 2018 team’s 2nd best hitter to a bench role.

Meanwhile, they have double-down on the commitment to give Dexter Fowler every opportunity to secure the starting spot in RF.

So the question comes down to: With all else equal, is the aggregate of Goldschmidt/Fowler enough of an improvement over Martinez/Gyorko to truly consider the lineup improved?

Now, I attempted to answer this same question shortly after Goldschmidt was acquired. I go pretty in-depth in trying to get a clear picture — you can read the full post here — but I will just summarize my results. I projected the 1-8 spots in lineup to move from the middle-of-the-pack in the NL to the Top 3.

But I’m not here to talk about the team wide view. I want to hone in on the Martinez/Fowler aspect of this.

Replacing a Jedd Gyorko (career 102 wRC+) on the infield with Goldschmidt (career 144 wRC+) is a pretty straight forward upgrade.

But what about RF? Does the gap between Fowler and Martinez negate much of that? Should Martinez just be the RF?

I’m going to assume that 2018 Martinez is the real Martinez and that it is a good representation of his ability in a fully-exposed, regular role.

Also, that 2018 production is what we are concerned about replacing in 2019.

Next, I’m going to assume that normal Dexter Fowler is the 2011-2017 version of himself. He established his offensive profile in year-3 of his career and was consistent within that profile for 7 seasons prior to cratering in 2018.

That 2011-17 level is what the Cardinals want to see Fowler return to. That is the level of player they gave a contract to.

Here is how normal-Fowler (on average) compares to 2018 Martinez:

Though Martinez has an edge, it’s not a huge gap. We can see that Jose is contact reliant, where Fowler trades singles for walks. We can also see there Dex’s patience and speed come into play with double plays, as he hit into less than 6 per year for that 7 year stretch, while Martinez — constantly putting the ball in play — more than doubled that in 2018.

Those are just a few observations on the overall numbers.

For perspective, if I told you that the Oakland A’s were going to replace Stephen Piscotty with Charlie Blackmon, what would you say?

But that’s assuming average Fowler. He has never actually had a wRC+ between 110 and 119.

So to make the picture clearer, I wanted to create a range for the two likely outcomes.

The other outcome is that he bounces back to Good Fowler, which is the player that posted a wRC+ >120 in 4 of 7 seasons from 2011-17, 3 of those coming the 4 seasons leading up to 2018. He was at his peak before crash landing last summer.

If he is merely average, then the offensive gap between he and Martinez is significant. Considering what we saw from him defensively in 2018, there would be no justification for him starting over Jose Martinez in RF.

In that circumstance, the Cardinals would have to make the call between production and contract.

If he returns to the 120 wRC+ level of 2017, then he is essentially a wash on overall production compared to Martinez and fully justified in the starting role.

I love Jose Martinez, and he is a fantastic hitter. But we can’t overlook the fact that a good version of Fowler is right there with him.

It’s on Fowler to re-establish himself and change the perception.

Spring will tell the tale.

P.S. – If he looks like he did in 2018, I have faith that he wouldn’t play over Martinez or Tyler O’Neill anyway.