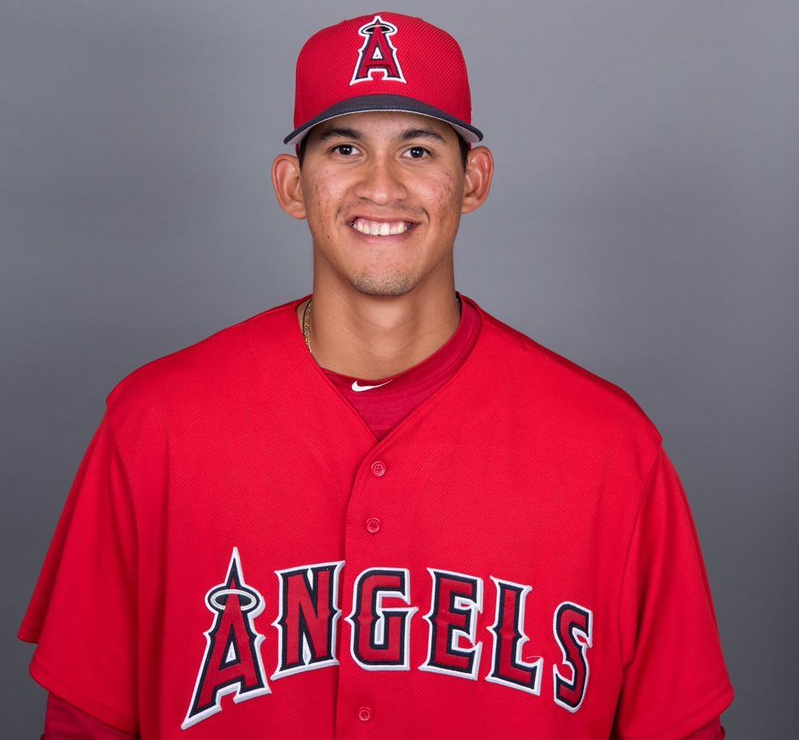 *20-80 scale.  20 is not existent, Major League average is 50.  Good Major League is 60.  Great Major League is 70.  The best I’ve ever seen is 80.  These aren’t given very often.
Floor: 5th starter  or swingman in the major leagues.
Ceiling: Legitimate #2/3 starter in the major leagues.
Likely Outcome: #3/4 starter in the major leagues.
Summary: As you can see, I’m pretty bullish on Jesus Castillo.  I have been ever since the Angels trades 2 months of Joe Smith for him.  He’s one of those pitchers where I just can’t quite figure out what the rest of the world is missing.  Other sites will rate his curve and change up as fringe average, but every time I see them I think, “Wow, that’s a good off-speed pitch!”
The only reasoning I can think of is simply a combination of factors.  The first being a very generalized ignorance of the Angels system.  I mean we have this kid, who owns a career 2.40 ERA in A Ball, and climbed his way all the way to AA at age 21 and owned a 3.04 ERA while there.  He has a fastball  that sits 92-93 comfortably, a sharp curve and a great change up with fade, all that he can deploy in any count.  Everything about him screams major leaguer, and yet we see pitchers with the same repertoire, same age and less success being ranked as Top 100 prospects or at the very least, being touted as truly valuable assets, that are surefire mid rotation starters.  The second reasoning may simply be that whatever little buzz the Angels system receives goes toward Shohei Ohtani or one of their extremely athletic, huge upside outfielders, so a kid like Castillo goes largely unnoticed.  Perhaps another reason may be due to a former familiarity with Castillo.  He was a high profile signing for the D-Backs when he was 16, but Castillo physically developed very slowly and after being traded to the Cubs, was stashed in Rookie Ball a year too long.  So perhaps those that used to know him in other systems now ignore him.  But that was 3 years, two inches, 25 lbs and 5 mph ago.
He’s a different kid now.
And it isn’t just the arsenal that is so impressive about Castillo.  It’s the little things.  His fastball darts down and in on a right hander, similar to how Richards’ can, though not with the same velocity obviously.  His curve which is more of a tight slurve has the exact opposite movement, and his change up looks exactly like the curve, but fades away with horizontal movement.  Castillo has a fast motion, a hitch to throw off timing and hides the ball extremely well.  But even with these nuances, his delivery is completely repeatable and shows very little stress on the shoulder or elbow. Partially as a result of this, and partially because he’s worked very hard in this area and is good at it, Castillo operates with a manner of pinpoint control that is only rivaled by Jaime Barria in the Angels system and reminds one of the days of Dan Haren.
I think any way you shake it, this kid is a hidden gem, and appears to be very underrated.  But perhaps he’ll begin to catch more attention publicly, as he’s been added to the 40 man roster, and may only be a year away from the majors.
What to expect: While Castillo was successful in AA last year, I wouldn’t expect the Angels to skip him up to AAA so soon.  For on thing, it was only a month or a month and a half worth of starts.  For another, the Angels look to have more depth than they know what to do with in the majors and AAA this season.  And perhaps as a final reason, Castillo isn’t a finished product yet.  Yes, he probably could get major league hitters out and survive in the majors right now. But just because he can at age 22 doesn’t mean he should.  So I expect Castillo to remain in AA for at least half the season, if not longer and finish the season in AAA.  What may be an interesting development will be what the Angels do when Castillo’s fully ready.  Do they stash him in the minors in favor of a Shoe/Skaggs/Bridwell option or do they allow him to claim his rightful spot.  Or perhaps they trade him.  But for now, I’d expect the Angels to hold onto him, especially given the rash of injuries this organization has endured for the past 2-3 years.
Estimated Time of Arrival: 2019, Jesus’ age 23 season.
Grade as a prospect: B-
Grades Explained: Grade A player is a future superstar.  Grade B player is a future regular.  Grade C is a fringe major leaguer.
Topics
Angels MLB News and Rumors Updates