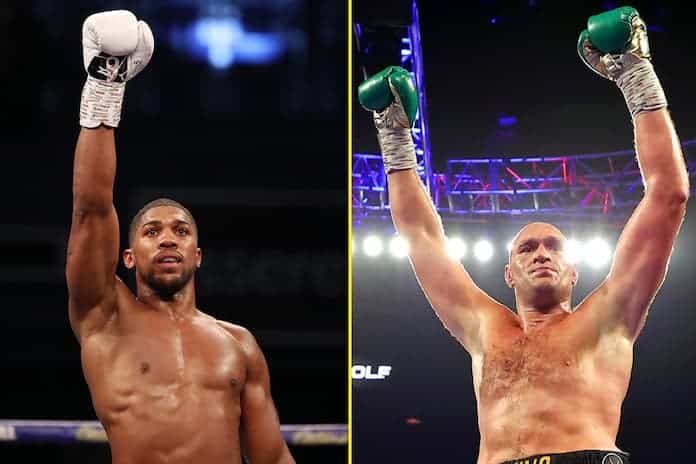 Anthony Joshua has accepted the terms to face Tyson Fury on December 3rd. Fury offered Joshua a 60/40 split in favor of the ‘Gypsy King’, as well as a shared TV broadcast deal and the fight to take place on a date that suited Fury. Joshua has agreed to all of this and the fight looks like it could actually happen now!

Former two-time heavyweight champion of the world, Anthony Joshua, has accepted all the terms put to him by Team Fury for a potential fight with the ‘Gypsy King’ before the end of the year.

Negotiations got underway last week, with Fury calling Joshua out on twitter in a video, with the Watford man accepting the challenge. Since then, it seems like official negotiations between the boxers’ respective management teams have taken place, and the fight is closer than it has ever been.

Anthony Joshua’s management team, 258MGT, put this tweet out this morning regarding the potential Joshua vs Fury fight:

258 and @MatchroomBoxing can confirm, on behalf of @anthonyjoshua, that we accepted all terms presented to us by Fury’s team for a fight Dec 3rd last Friday.

Due to the Queen’s passing, it was agreed to halt all communication.

We are awaiting a response.

Joshua himself also retweeted this on his own account, with Tyson Fury’s British promotor, Frank Warren, replying to the tweet saying that an official contract will be drawn up and sent to Team Joshua imminently.

Contract will be with you very soon 🥊

It seems not like Joshua vs Fury could actually be on, but there is sure to be lots of twists and turns and bumps in the road between now and the fight actually being officially announced. Let’s just hope both sides can agree to everything, the boxers can get in the ring in a few months time and put on an exciting spectacle for boxing fans in the UK and all around the world.

Originally, Tyson Fury called out Anthony Joshua for a fight in December, which ‘AJ’ duly accepted. Then, the WBC world heavyweight champion insisted the fight must be either December 3rd or even earlier in November. Now, Joshua has agreed to the proposed date by Fury, so there is no stumbling blocks in the way now between the two fighters.

All this is left to sort out and agree is the TV deal and the venue. In terms of a venue, it should be relatively straight forward to sort this out. The Principality Stadium in Wales, UK is the only stadium in the UK that is big enough, has a roof and make sense for the fight this winter.

The roof is necessary of course in the event of rain, and the fight simply has to be on British shores. It is too big a fight between two British boxers to have it overseas.

The bigger problem for this fight could be the TV broadcast deal. Both Joshua and Fury are with two rival networks, and both have contracts with their respective broadcasters that they must abide by.

Joshua is with DAZN, meanwhile Fury is with BT Sport. The fact Eddie Hearn promotes Joshua and Frank Warren promotes Fury doesn’t help either, with the pair not seeing eye-to-eye at all.

However, the fight is simply too big not to happen. Hopefully DAZN and BT Sport strike a deal whereby they can both broadcast the fight live on their channel, and work together for this event rather than it not happening just because of a broadcasting catastrophe.

Lets just hope the fight happens and gets over the line in the coming weeks and days!

Check out the chart below for the best early Tyson Fury vs Anthony Joshua fight odds from Bovada, one of the best online sportsbooks. 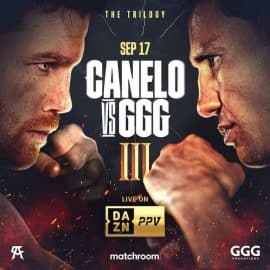 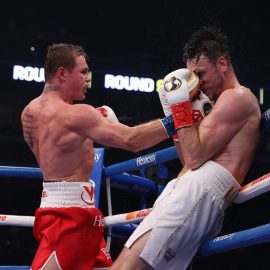 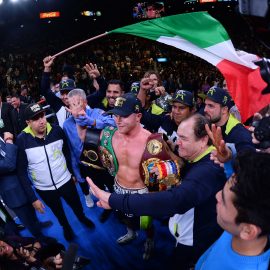 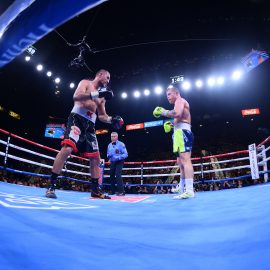