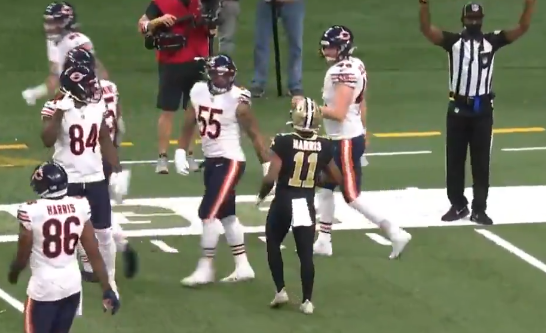 Referees in Sunday’s Bears-Saints playoff game sent a clear message to the players, given what happened the last time these two met, and it sent one particular player to the locker room early.

The first time the two met was a heated content, and the stakes in this Wild Card game were even higher, as the loser would see their season come to an end.

And that’s why the actions of Anthony Miller on one particular play were not wise. Miller, probably trying to exact revenge on CJ Gardner-Johnson for what happened last time the two played, struck the Saints cornerback in his face at the end of the play.

#Bears WR Anthony Miller has been ejected for punching/shoving a #Saints player. Guess who he shoved: Chauncey Gardner-Johnson

Add him to the list with Michael Thomas and Javon Wims.pic.twitter.com/fWYF7qvJyf