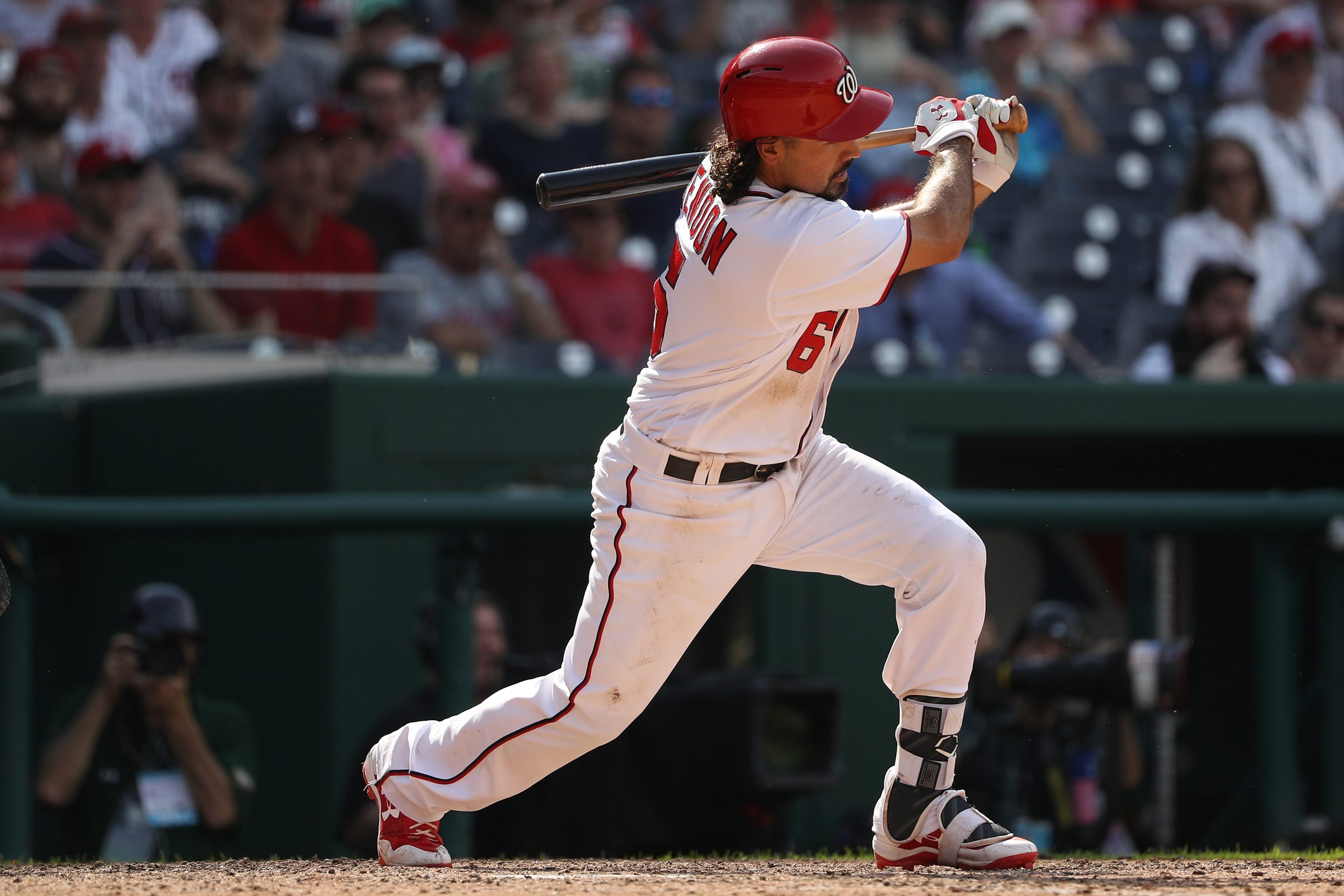 In case you missed the New York Mets and Washington Nationals face off in the final game of a three-game weekend series, there’s a pretty good way to describe what happened. All you need to know is that Nats third baseman Anthony Rendon did more at the plate himself than the entire Mets offense.

On a day in which Washington accumulated 23 runs on 23 hits, Rendon was the standout star — which is inevitable when you go 6-for-6 with three home runs, five runs scored and 10 RBI.

It’s hard to escape the spotlight following something like that.

There were a lot of firsts that came with this, as well. He was the first player to record a 10-RBI game since Garret Anderson did it back in 2007, but this factoid pretty much takes the cake.

.@Anthonyrendon_6 becomes FIRST player to go 6-for-6 with 3 HR and 10 RBIs in one game since at least 1913.https://t.co/NAMOYwP4pa pic.twitter.com/2epf5vbyfx

This properly puts what Rendon accomplished into perspective, don’t you think?

It’s also interesting because in what was shaping up to be a rather miserable April for the third baseman now looks just fine on the stat sheet thanks to a record-setting performance on the final day of the month.

Here’s a quick look at how bad some of his season stats looked like leading up to this game, along with how they changed after such a beastly performance at the dish.

While the Nationals were busy pummeling teams on offense thanks to yet another fast start from Bryce Harper, Daniel Murphy continuing his assault on baseballs and a surprise re-emergence of Ryan Zimmerman, Rendon was busy trying to get himself out of a major funk.

Entering this game, he had collected just two extra-base hits through his first 22 games played. In just one afternoon, though, he increased that to six thanks to those three homers and one double.

It won’t exactly erase the frustrations he likely felt at the plate, but there’s no better way to close the book on one month and open one on the next, right? This is the kind of performance every hitter dreams about when breaking out of any funk.

For Washington to ultimately be successful in 2017, there are a lot of things that must work in their favor, and the performance of Rendon is part of it. Check out his offensive performance from 2014-16 compared to the team’s overall results.

Baseball isn’t a game where we can pinpoint one single player for the ultimate success or failure of a team in any single season, but it sure seems like Rendon is a rather important piece to the puzzle here.

The Nats’ offense has already been humming along so far in the young season — their 128 wRC+, .372 wOBA and 7.3 team fWAR are all first in baseball as we enter the month in May. If this historic performance from Rendon also gets him going, this is going to be an even tougher unit to contain as the season wears on.