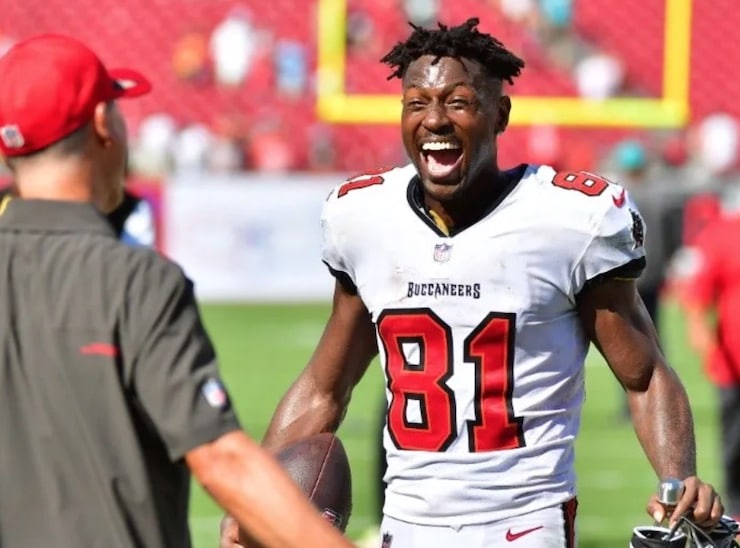 Former wide receiver Antonio Brown took two Twitter to reveal the only regret of his NFL career on Wednesday.

According to Brown, he doesn’t regret any of the various stunts that he was involved with on or off the field. Instead, his only regret is that he will never know what it feels like to see himself play.

“My biggest regret is that I’ll never get to see me, Antonio Brown, play a game live. Sure, I can watch the game afterwards, but I can’t imagine what that was like for you all to see something like that. Like watching The Beatles or Jesus perform at Red Rocks.”

Check out Brown’s full statement below.

A former sixth-round pick, the enigmatic wide receiver played with a chip on his shoulder for the majority of his career.

After forcing his way out of Pittsburgh, Oakland, and New England, Brown eventually won a Super Bowl ring with Tom Brady and the Tampa Bay Buccaneers in 2021.

During his playing career, Brown was tough to stop and was responsible for giving fans highlights like this:

While Brown may not have been sincere, some users on Twitter had some funny reactions to his statement.

Check out the best reactions from NFL Twitter below.

And now… a dramatic reading of “my biggest regret” by Antonio Brown: pic.twitter.com/7cl5QsqWre

As it stands, Brown will not play during the 2022 NFL season.

Instead, he’s been enjoying summer and promoting his debut album.

Brown recently went viral for his “Do Your Dance” move, which will likely be a hit during touchdown celebrations around the NFL this season.