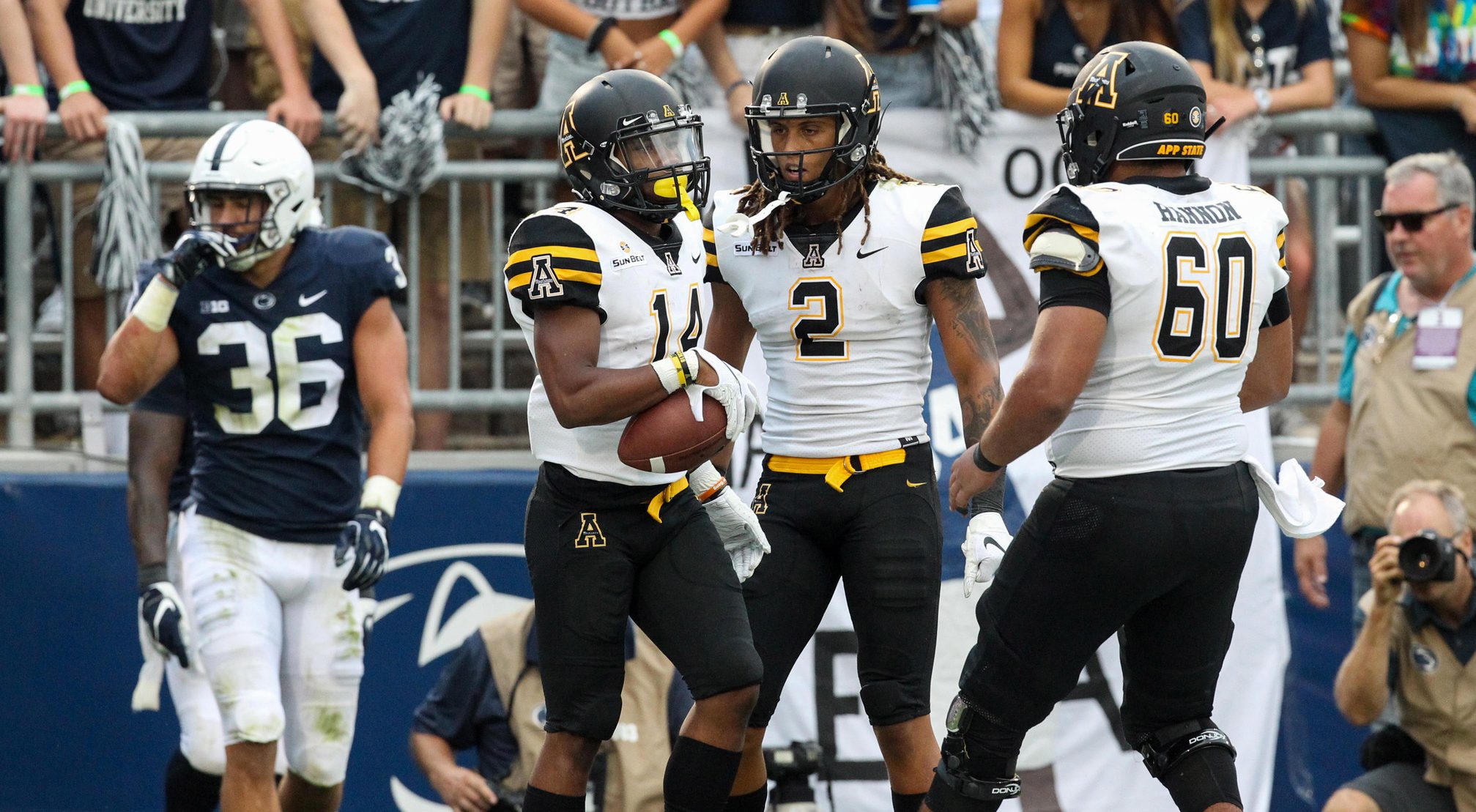 Remember that little season-opening scare Penn State had at home against Appalachian State? Since then, the Mountaineers have been cruising. The team has not been favored to win a game at online sportsbooks like BetStars New Jersey, but Appalachian State keeps on winning.

Penn State and James Franklin may only be focusing on one game at a time, so it’s up to me to take a look at the bigger picture as it continues to evolve to determine what is important and what is not. So if you like to break down playoff scenarios or what it takes to get to another New Years Six bowl game for a third straight year, I’m here for it. Because I am here for it, we must take a glance at what Penn State’s non-conference opponents are up to.

We know that Pitt is in South Bend, Indiana to take on Notre Dame this weekend, giving Penn State fans a reason to root for the Panthers. On Tuesday night, Week 1 opponent Appalachian State continued to pound their opponents with a blowout road victory against one of their top threats in the Sun Belt Conference. Appalachian State scored 21 points in the second quarter and easily went on to hand Arkansas State a 35-9 defeat on the Red Wolves’ home field. The win moved Appalachian State to 4-1 overall and 2-0 in Sun Belt Conference play. The Mountaineers have been nothing but dominant in this run since giving Penn State a heart attack in the season opener.

App State, in its four wins, has outscored opponents 204-32. Its only loss was to Penn State in overtime in Happy Valley.

Appalachian State has not played a tough schedule, mind you, with games against Charlotte (2-3), Gardner-Webb (FCS 1-5), and South Alabama (1-5) before last night’s game at Arkansas State (3-2 before losing to App State), but the program has done exactly what a program of App State’s caliber should be expected to do; leave no doubt.

Appalachian State might not be on the same level as some of the top Group of Five contenders out there — UCF, South Florida, Cincinnati etc. — but they have played themselves into a position where they could flirt with being the first Sun Belt team to reach a New Years Six game if a door is opened with some help in the AAC. Appalachian State’s remaining schedule has two key games to watch in the regular season with a road trip to Georgia Southern coming up in a couple of weeks and a home game against Troy in the regular season finale. That final game may decide the division, setting up home-field advantage for the inaugural Sun Belt Conference championship game.

Just four hours before Appalachian State kicked off at Arkansas State, James Franklin put out his regularly scheduled tweet addressing the focus of the team for that week, but there had to be at least a small part of Franklin’s brain knowing that what Appalachian State could do has a benefit to his team in the long run so long as Penn State can handle their business.

Penn State’s mission of going 11-1 is still a tall task with upcoming games against Michigan State this week and later on against Iowa, Michigan, and Wisconsin. But if Penn State does go 11-1, Appalachian State could help pad the resume just a bit if they can wiggle their way into the top 25 by the end of the year.

I’m not sure Appalachian State loses another game this season, honestly.

Appalachian State could be staring at a potential 11-1 record this season (including the Sun Belt championship game but factoring in a canceled game against Southern Mississippi that will not be rescheduled). That would certainly help Penn State as long as the Nittany Lions can avoid falling again.