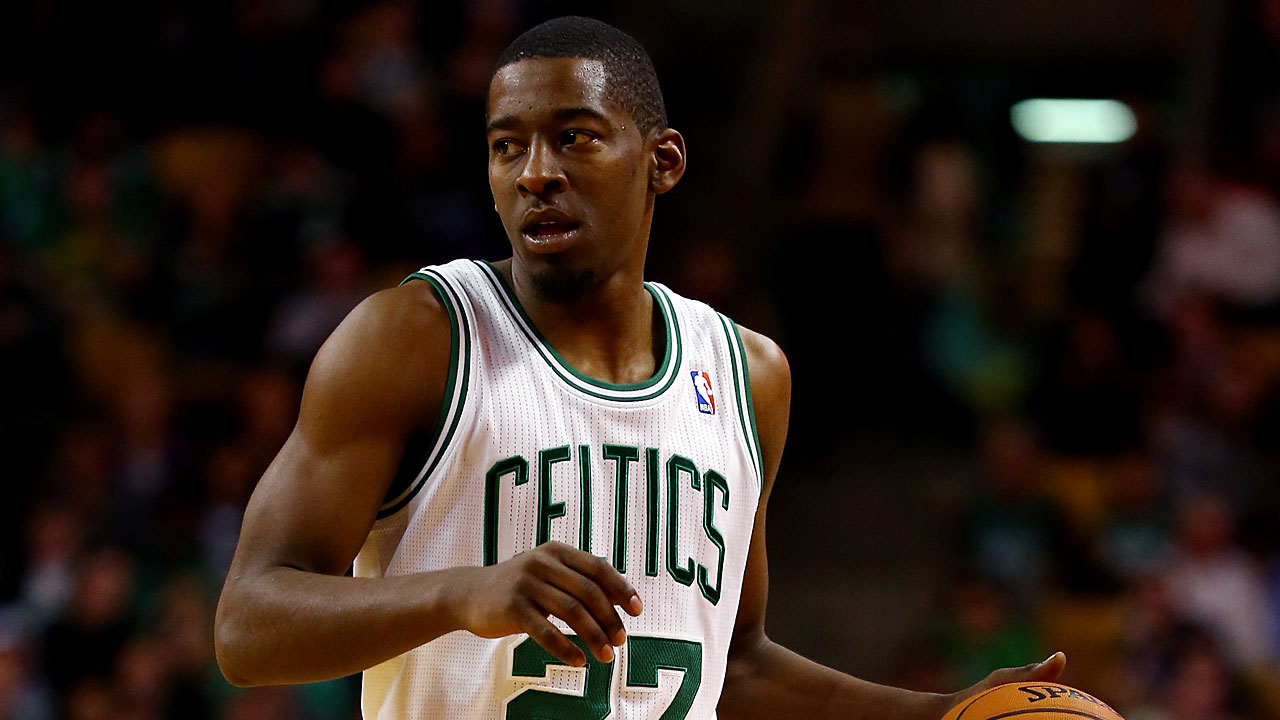 Earlier today, the Pelicans signed Jordan Crawford to a two-year contract. It’s the first time he’s earned guaranteed money since 2013-2014, a season that began in Celtic green. In an unforgettable year, the Celtics tanked their way to a 25-57 record, but Crawford was one of the few bright spots, and his effectiveness gave fans a perspective on the player development abilities of Brad Stevens.

After opening the season 0-4, Stevens opted to start Jordan Crawford at point guard, an unfathomable idea at the time. Crawford was regarded as the ultimate shoot-first, ball-hogging, locker room-destroying player. But the Celtics won four straight once he entered the starting lineup. They were 12-14 by mid-December. This was the team:

…I wanna puke just looking at that. Nonetheless, Crawford was the team’s best player. He was their only semblance of a creator. During a five game early-December stretch, he averaged 21 points, 6.6 assists, and 3.2 rebounds, shooting 52.8 percent from the field and 46.9 percent from three. The Celtics beat the Knicks by 41 at MSG during this stretch. For his efforts, he was named eastern conference player of the week.

With Crawford at the helm, the Celtics got as high as 5th in the east standings. The conference was dreadful that year, but that Celtics team was equally dreadful. Again, look at that roster. Danny Ainge had to make that team worse to properly bottom out, largely due to the unexpected synergy between Crawford and Stevens.

We knew, however, it wouldn’t last forever. In January, Ainge traded Crawford to the Warriors for three 2nd round picks (initially they received Philadelphia’s protected 1st that turned into two high 2nd round picks). They used one pick to draft Jordan Mickey, another for Ben Bentil, and the last was used in a package to acquire Miami’s 2019 1st round pick.

During his two-and-a-half year stint with Washington, Crawford developed one of the league’s worst reputations. The Celtics took a flyer on him, Brad Stevens turned him into a rotation player after two months of coaching, and Ainge flipped him for a few assets. It was the first success of the Ainge/Stevens partnership.

Obviously Stevens shouldn’t get all the credit. But Crawford struggled after the trade, despite the great opportunity to back up Steph Curry in Golden State. Soon enough, he was out of the league, only to reemerge on a 10 day contract with New Orleans this month. He undoubtedly had NBA talent, but for character/attitude reasons, he was forced to play in China. Stevens remains the only NBA coach who got valuable production out of Crawford.

My only (good) memories of that 2013-2014 season include Jordan Crawford. I couldn’t believe that team was winning games. Ever since, Celtics nation has had unrelenting faith in Brad Stevens. Crawford was his first reclamation project. He did the same with Evan Turner — the Celtics were the only team to offer him more than the minimum, now Turner makes $17 million/year. He reinvigorated Jonas Jerebko and Jae Crowder after they fell out of favor with their teams. Stevens will continue to get the most out of NBA talent, and it all started with Crawford.

I was genuinely happy to see Jordan Crawford back in the NBA. I cannot remember a short-term Celtic whom I felt more fondly of. We often forget about the early days of Brad Stevens. Nobody was sure if Brad’s personality would translate with NBA players, and everybody was certain Crawford was uncoachable. Crawford told reporters “Boston felt like home,” said he was appreciative of Stevens and would “repay him by playing hard,” and once told the twitter-verse that Stevens was his favorite coach. When I speak with friends about the Celtics, I joke how the team can afford to trade any point guard because we’ve always got Jordan Crawford looming overseas, waiting for an NBA contract. He now has the opportunity to play heavy minutes on a New Orleans team with no wing talent, where he’s already played five games and averaged 14 points on 50 percent shooting. I’ll forever remember him as the lone bright spot during a tough time for the Celtics, the first glimmer of hope in the Brad Stevens era.