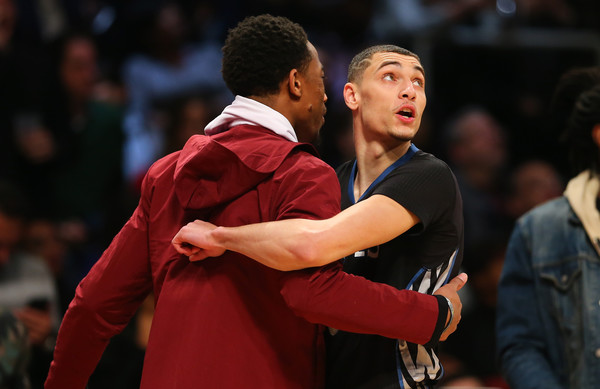 A 2-5 start dampens playoff hopes for the Minnesota Timberwolves. Having not seen the postseason since 2004, Minnesota bears the burden of the NBA’s longest active playoff drought. However, the impending return of point guard Ricky Rubio along with the guidance of head coach Tom Thibodeau should bode well for the long-term success of the team.

That said Minnesota will have to finish stronger than they’ve started and that won’t be easy. The Wolves are expected to finish near .500 this season. Anything short of that won’t cut it in the Western Conference. The Houston Rockets made the playoffs as the eighth seed at 41-41 last season, but it came down to the final game of the season for them to clinch.

If that same scenario plays out for the Wolves this season, their April schedule could work  against their playoff wishes.

Here’s the slate of games in April:

To end the season, the Wolves play seven games in 12 days including five on the road and two back-to-backs. The Warriors, Blazers, Thunder, and Rockets were all playoff teams last season and look to contend near the top of the Western Conference again this season.

The Lakers and Jazz are improved too. The Jazz may have replaced the Rockets in the playoffs last season if it wasn’t for the Rockets last second effort and Lakers shooting guard Kobe Bryant‘s 60-point sendoff.

If the season ended today, every team listed except the Kings (and Wolves) would be in the playoffs. Last season, Minnesota performed worse on the road than at home, and that trend is continuing this season.

Winning a game in the postseason would be an accomplishment for the Wolves this year but getting there might be an even bigger feat.