Are tanking and rebuilding the same thing in NFL? 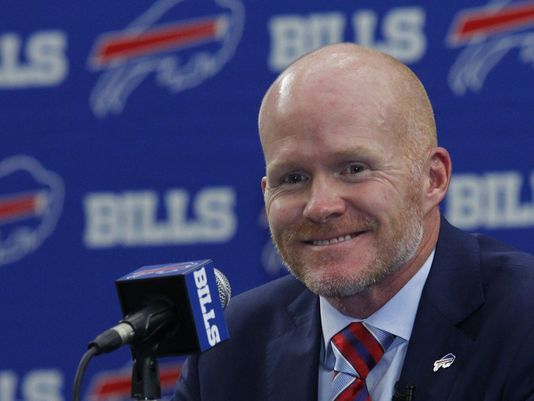 Before the Sabres march to immortality for McEichel, I had never heard the word “tanking.” Today it is everywhere. It is a new buzz word that has now made its way into all 4 major sports. While trading guys for picks isn’t anything new,  I don’t think you can view it equally in all four sports.

While certain sports are different when it comes to attaining draft picks, I would probably say that the NFL draft has from top to bottom the most players who can make a difference for your team. In basketball, it is very rare to find a franchise player outside of the lottery. In today’s NHL, star players tend to be in the first round. After that it is a complete crap shoot with more role players and a few diamonds in the rough. Baseball? I don’t even know where to begin.

There is always some serendipity involved, but if you want almost instant impact – within 1-2 years – from multiple players in a draft class, I think the NFL beats the other 3 sports. That’s why draft picks matter more in the NFL than the other sports.

There’s no way you can compare the Sabres tank to an NFL tank because 2nd or 3rd round draft picks are peanuts in the NHL and mean way more in the NFL. Comparing an NHL pick to an NFL pick is apples to oranges. So when the Bills make the moves they made last week, it isn’t a tank move, it is a rebuilding move. They are obviously taking a step back for this season, but it’s still not a tank. Brian Flynn for a 5th rounder? Tank move. Giving away your hot goalie because he’s winning games? Tank move. Watkins for a 2nd rounder? Rebuild move. This isn’t anything new in the NFL. Through the annals of the history of the NFL, I have seen many teams trade vets for picks or even cut vets to play younger guys. That’s what happens when you lose the zip on your fast ball.

The Cowboys did it 1989 when they traded Herschel Walker for a boatload of picks, got much younger, and finished 1-15. The 49ers cut a bunch of vets after their ’80s and ’90s run were ending and bottomed out. When Bill Parcells took over the Pats, Jets, Cowboys, and Dolphins, he would move vets out who weren’t “Parcells guys.” See ya, Jason Taylor. When Andy Reid took over the Eagles, he moved out a ton of vets from the Ray Rhodes squad. When Mike Shanahan took over in Washington, he reshaped the roster in his image and the team sucked the first two years. All of these teams got younger and were very often bad in the years immediately after the changes. The key is when you get a regime change, you get a new roster.

None of these moves were considered tanking. They were all considered rebuilding. How many times over the years at the beginning of a season, does a team decide to cut a bunch of vets? All. The. Time.

The Bills even cut a bunch of veteran defensive players from their 2000 season (finished 4th) in order to rebuild and get younger under Gregg Williams. They went from 8-8 to 3-13 and the defense was anchored by the likes of Brandon Spoon and Leif Larson, but no one called it a tank. When the Bills let London Fletcher, Takeo Spikes, Willis McGahee, and Nate Clements leave after the 2006 season for a couple of 3rd and 4th round picks, no one said it was a tank. Look at the 2010 Bills roster. That was a shit roster because they didn’t really make any effort to get better during that off-season. Tank?  No. I do remember rebuild being mentioned.

I’ll say this and I’ll be happy to argue with you, I don’t think the Jets are tanking. They are rebuilding. They sucked ass last year and were a veteran football team. When you suck ass and you are old, guess what happens? You cut the vets and build with youth. That’s what shitty teams have been doing since I’ve been alive.

Today tanking has replaced rebuilding, especially around these parts. We all know too well if you talk about the moral turpitude of tanking, you’ll get a ton of yelling from the pro-tanking crowd. Rebuilding sounds nice and is about as dull of a talking point as can be in media circle. There are zero expectations for a rebuilding team. Ah, but tanking! That sounds evil, like a hot button issue just waiting to be torn apart!! We can sell panic when it comes to draft positioning and root against the Bills, because well, we know they are going to suck so let’s make it fun and interesting (channeling WGR over here).  We can bring up how the Bills were a loss away from picking Big Ben or Cam Newton and if ONLY THEY LOST THAT JETS OR WASHINGTON GAME! Then the watch begins, everyone hoping your team loses out for a higher pick and it sells.

But come on, isn’t this what you really want when your team is rebuilding? You want that higher pick. The only difference is now it is completely sensationalized by fans and media. There’s a formula for media members to drum up interest in rooting for losses or being self-righteous about losing cultures. Bills fans are so desperate for a franchise QB they would probably take 12 years of Trump or Hillary (fill in whichever one offends you more) in order to get one. It is a perfect formula – today’s ever so present 24/7 sports news cycle + fan desperation. Whereever you stand on the tanking issue with the Sabres, I think we can all agree as fans we are happy we got Jack Eichel. That prize at the end of the tunnel is exactly what Bills fans want for next year with the Bills quietly rebuilding and looking for a new QB.

I just think in the NFL, tanking and rebuilding are one and the same. The Bills are rebuilding because draft picks mean more in this league than in any other league.  If they trade Kyle Williams/McCoy for two 3rd round picks, those are smart rebuilding moves that I’ve seen tons of other teams make because by the time a roster like this gets good, those guys are probably going to be long gone. While I’ve been preparing for what I think will be a season where wins will be treated as losses in Buffalo, if you want to avoid the uneasiness of it, always remember that unlike the NBA/NHL, it isn’t where you draft, but how you draft in the NFL. Yes, the GM actually matters.

I know that’s boring or unexciting, but it’s the truth. It is just Football 101 and it has been around a lot longer than the Bills drought or Jack Eichel.