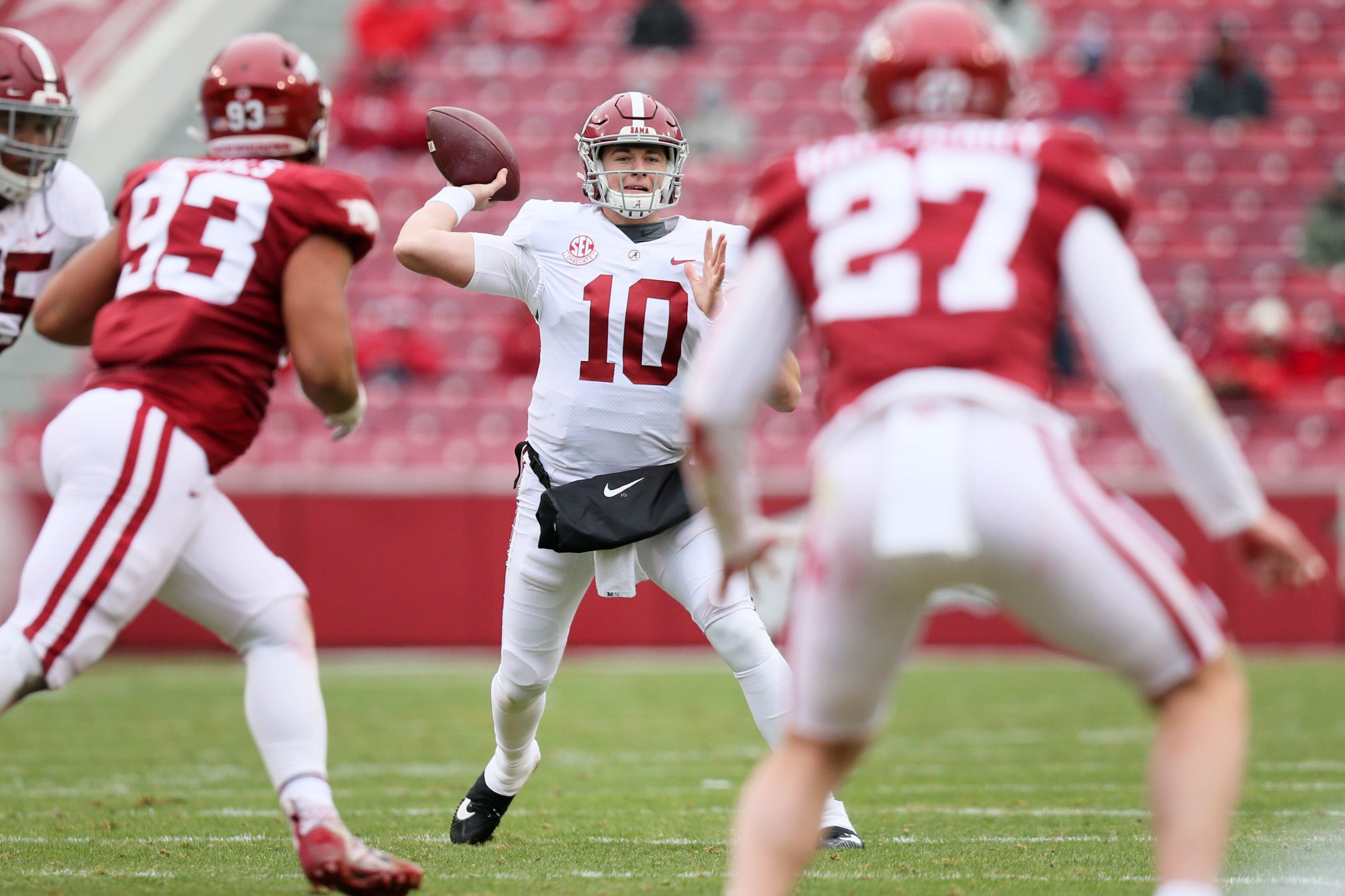 Ever since the 49ers stole the headlines for the 2021 NFL Draft, fans have speculated about which quarterback they would select.

Ask a draft expert or analyst, and they’ll tell you that the 3rd pick is all but signed, sealed, and delivered, and that selection will be none other than Alabama quarterback Mac Jones.

Why?  Simple, because according to them, Mac Jones is everything that 49ers head coach Kyle Shanahan looks for in a QB- Matt Schaub, Kirk Cousins, Matt Ryan, and now Mac Jones.  He fits “the mold” of what Shanahan likes, and what Shanahan has worked with.

49er fans might hate the pick, but they won’t complain when Jones is winning Super Bowls will they?  Of course not!  Mac Jones is Shanahan’s redemption for not getting Kirk Cousins after Washington finally let him go after the 2017 season (49ers traded for Jimmy Garoppolo instead), so Mac Jones, who has been compared as having a ceiling/floor level of both Ryan and Cousins, is a perfect fit for Shanahan in San Francisco.

It’s not a “sexy” pick, but neither was a 43-year old Tom Brady last offseason, and at the end of it all, it was Brady who was hoisting the Lombardi Trophy.

But through all the smoke, is this legit?  Is Mac Jones the 49ers pick at #3 overall?  Did the 49ers really move all those picks for an Alabama quarterback who only had one year as a starting quarterback (albeit, an amazing year)?

Setting aside the history of quarterbacks from certain universities, let’s just real quick, talk about why the 49ers could/would, but finally should they draft Mac Jones.

Could:  Yeah, it could happen, let’s be real.  Everything the analysts say is fairly accurate, although the whole concept that Jones somehow “is smarter” or “reads a defense better” bugs me.  Justin Fields sees the field really well.  So does Trey Lance, but Mac Jones is above them?  He’s smarter than them?  I don’t know about that, I don’t know where that argument comes from, but I guess.  It’s a very real possibility the 49ers could take Mac Jones if they feel he checks all the boxes of what Kyle Shanahan wants.  If they think he’s Matt Ryan and Kirk Cousins, then it makes a lot of sense.

But two things to consider:  1- Mac Jones is NOT Ryan or Cousins, and 2- Who said that Shanahan’s preferred quarterback is a Ryan or Cousins type of passer?  He’s only been the head coach for one team- the 49ers, that’s it.  Shanahan has been a QB Coach and Offensive Coordinator for Houston, Washington, Cleveland, and Atlanta, where he’s had almost no say in picking the quarterback he wanted, only coaching what the team wanted.

In San Francisco, there’s no doubt, he wanted Kirk Cousins, because he worked with Cousins in Washington, so it made perfect sense.  But now that he’s bringing in “his guy”, he’s suddenly tied to a “Cousins, Schaub, and Ryan” type of passer?  I don’t exactly buy that, because the truth is, he’s never really got to pick “his guy”.

The Garoppolo trade was too good to pass on, and honestly, if you take out the injuries and a terrible 4th quarter, it’s worked out.  Garoppolo is 24-9 as the starting quarterback in San Francisco, while all the other quarterbacks (Hoyer, Mullens, and Bethard) are just 7-27.  What’s pretty much bringing Jimmy’s time to a close with the 49ers however, are all those injuries.  And with Shanahan seeing what’s going on around the league, playing Russell Wilson and Kyler Murray each twice a year, it’s difficult to imagine that he hasn’t pondered what his offense and his system could do with a guy like that under center.

But again, we go back to the “Shanahan type of QB”, all the while forgetting what RG3 did with Shanahan calling plays- only winning Rookie of the Year, being named to the Pro Bowl, and winning the NFC East.

Injuries got the better of RG3 the next season and by 2014, Shanahan was running the offense in Cleveland with Brian Hoyer at QB.  After a 7-4 start, the Browns went with Johnny Manziel, and their season quickly went downhill, and Shanahan left over the call to bench Hoyer.  In Atlanta, Shanahan turned Matt Ryan into an MVP and had the Falcons up 28-3 over the Patriots before things fell apart.

So in the history of Shanahan, he’s had success with both mobile and classic drop back quarterbacks, from Hoyer to Ryan, from Schaub to RG3, he can work with anybody.

In that analysis, Mac Jones makes sense, even at the #3 pick.  If it works, nobody will complain.  If it fails, then the 49ers could become another one of those “how did they never win a Super Bowl” teams.

There’s also a very real possibility that the 49ers are selling the idea of Mac Jones in hopes of moving back in the draft like Miami did, say by trading to a team that wants Fields or Lance, all the while the 49ers still get Jones, but not at 3.

Nobody knows what the 49ers are thinking or what they will do.  In Shanahan’s offense, just about any quarterback could work, but it’s also frustrating when you only see a pocket passer and what they can do, and then ponder what a mobile quarterback could do.  And then you think about Trey Lance and Justin Fields and the weight of this pick on the 49ers franchise and on Kyle Shanahan, and it’s a big deal.

We won’t know the ramifications of the NFL Draft until a couple of years later, so in the immediate, Mac Jones going to San Francisco third overall might seem like a horrible pick today, but it could be a great pick tomorrow.

That’s too much thinking if you ask me.  Mac Jones to the 49ers, if it happens, it happens. 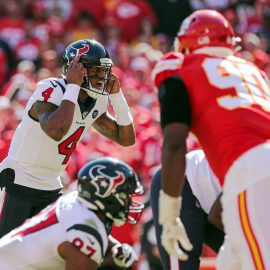