Art Briles Will Not Interview For Houston Cougars Job 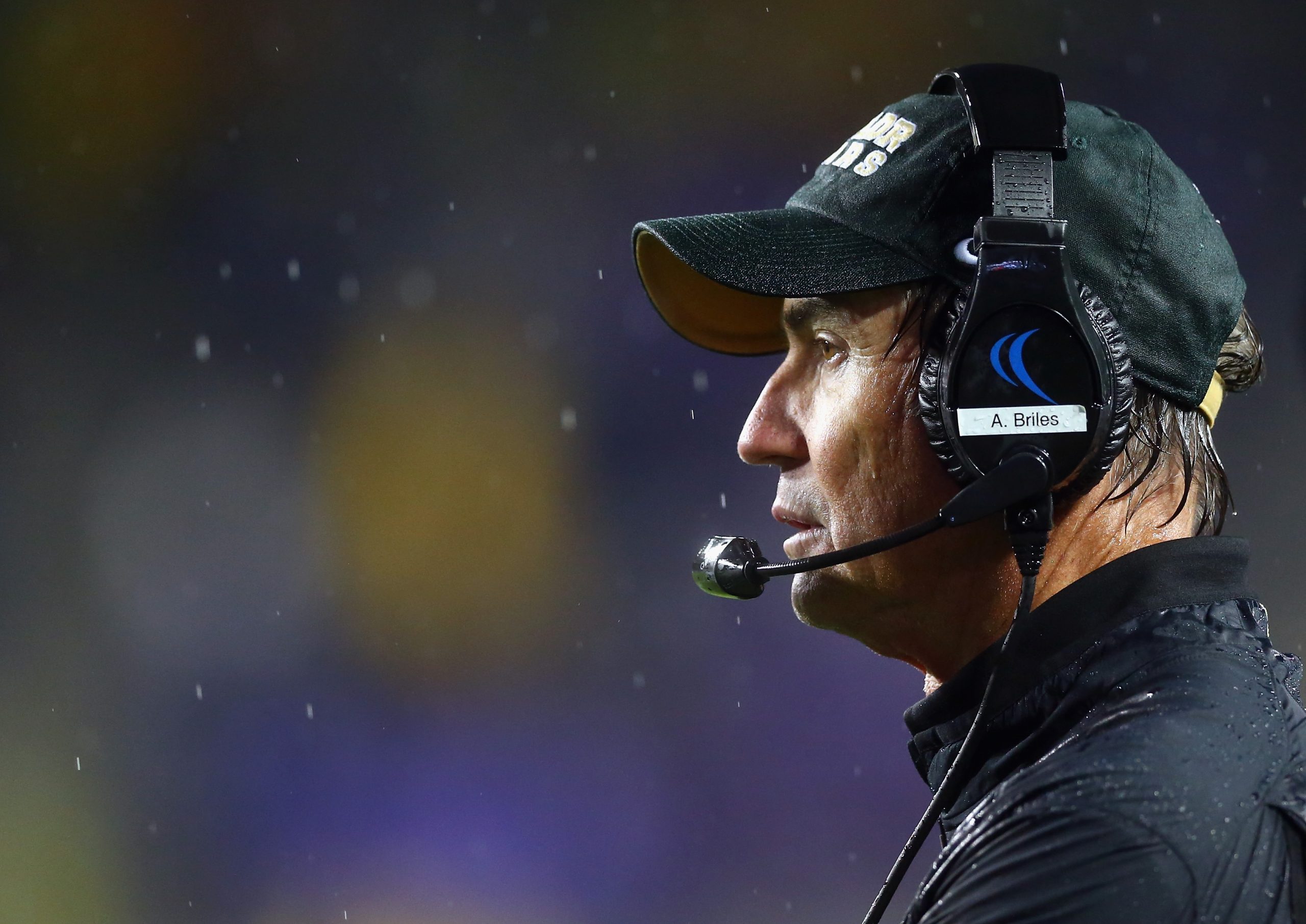 Former Baylor coach Art Briles has been eliminated from contention for the vacant Houston Cougars head football coach position. It was reported earlier today that Briles was one of five serious candidates for the position including Les Miles and Lane Kiffin. However, Houston released a statement explaining that they will not consider Briles for their head coach position.

Briles is a toxic candidate for any program after failing to report multiple sexual assaults against his players in the Baylor football program. It begs the question; will any program take a chance on Briles? If they’re smart, they will not. Morals and values transcend sports and Briles led an extremely toxic environment at Baylor where, due to his failure to report, sexual assault was not dealt with a swift and immediate response. No program should want Briles within 50 miles of their campus.