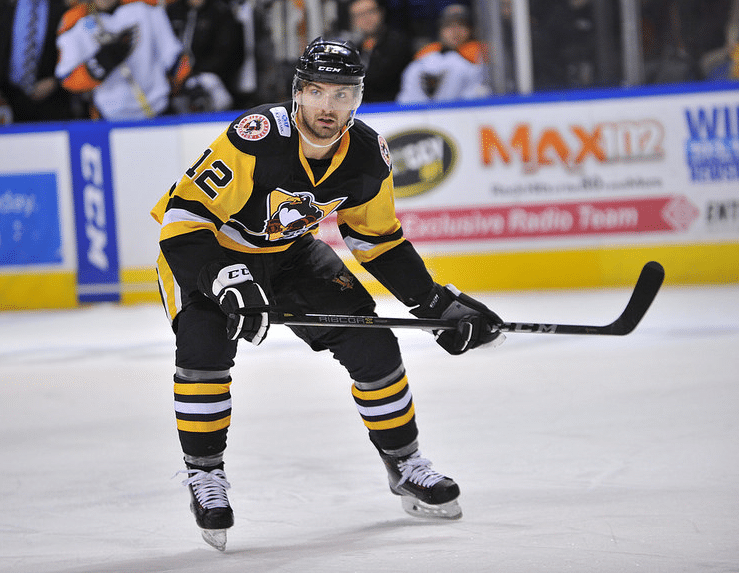 Zach-Aston Reese is in Wilkes-Barre, PA right now. That’s not really where he thought he’d be nor it is something he necessarily wanted. But the second-year pro out of Northeastern who was a Hobey Baker finalist in 2017 and Hockey East’s 2017 Player of the Year knows what he’s there for. And in the season opener for the Wilkes-Barre/Scranton he sent the word, message received, to the coaches and staff in Pittsburgh.

Aston-Reese has been the kind of player physically and mentally the Penguins like. His skating is one of his knocks, though it’s not nearly as noticeable as some other players (see: Maatta, Olli). No, the reason the Penguins sent him to Wilkes-Barre/Scranton (aside, of course from the obvious they didn’t have to worry about losing him on waivers) was to work on a lot of things but especially his offense.

As an AHL rookie last year, ZAR amassed 9 goals in 41 games played. He tallied 20 assists as well good for a total of 29 points that was middle-of-the-pack on the Penguins. This, however, was a noticeable drop from the production he saw at the NCAA level where in just three fewer games in his senior season he amassed 31 goals and 32 assists for 63 points. Sure, there will usually be a drop in production when moving up a level but even still it was a pretty big dip.

Either way, the Pittsburgh Penguins needed him later on in the season when injuries came calling and he acquitted himself quite well. His play everywhere else on the ice allowed him to enjoy a second-half stint with Pittsburgh even if he wasn’t an offensive whiz kid. While he played 16 games with the big club he gathered a 4G-2A-6P stat line. Again, not super impressive. But Aston-Reese wasn’t added to the roster to score. They needed him more in a complementary role, at the time.

What happened at the end of training camp was a bit of a message to the player that he can’t do the same things and expect to just be on the team. This Penguins team is aiming for a more well-rounded attack and the reason he’s in Wilkes is simple, work on rounding your game out. Get better with, while maintaining and improving your play without, the puck.

Sure, if it was another team he would probably be in the NHL right now. But, this is the team he grew up a fan of. This is a team with Stanley Cup aspirations. So he’s getting the same treatment Jake Guentzel got before him. They don’t just want him to play well in the AHL – they want him to be the best player on the ice every shift and noticeably so.

Good news for both parties though, the message was definitely received. In this past weekend’s game against the Springfield Thunderbirds, Aston-Reese was great. He was the best player when he was on the ice. It was clear he was making a concerted effort every time he was on the ice to be the best player he could be. And he was offensively present. He scored in regulation then won the game for the Penguins in the shootout. Which is important as the AHL team lost some of it’s biggest offensive players. Not to mention that the regulation goal showed the offensive gift we all know is there but wasn’t always on display in the past. Aston-Reese knows what the marching orders are. He knows he has to earn his spot in Pittsburgh back, especially with guys like Lafferty and Johnson waiting in the wings, and early returns say he’s elevated his play to fit the elevated stakes.