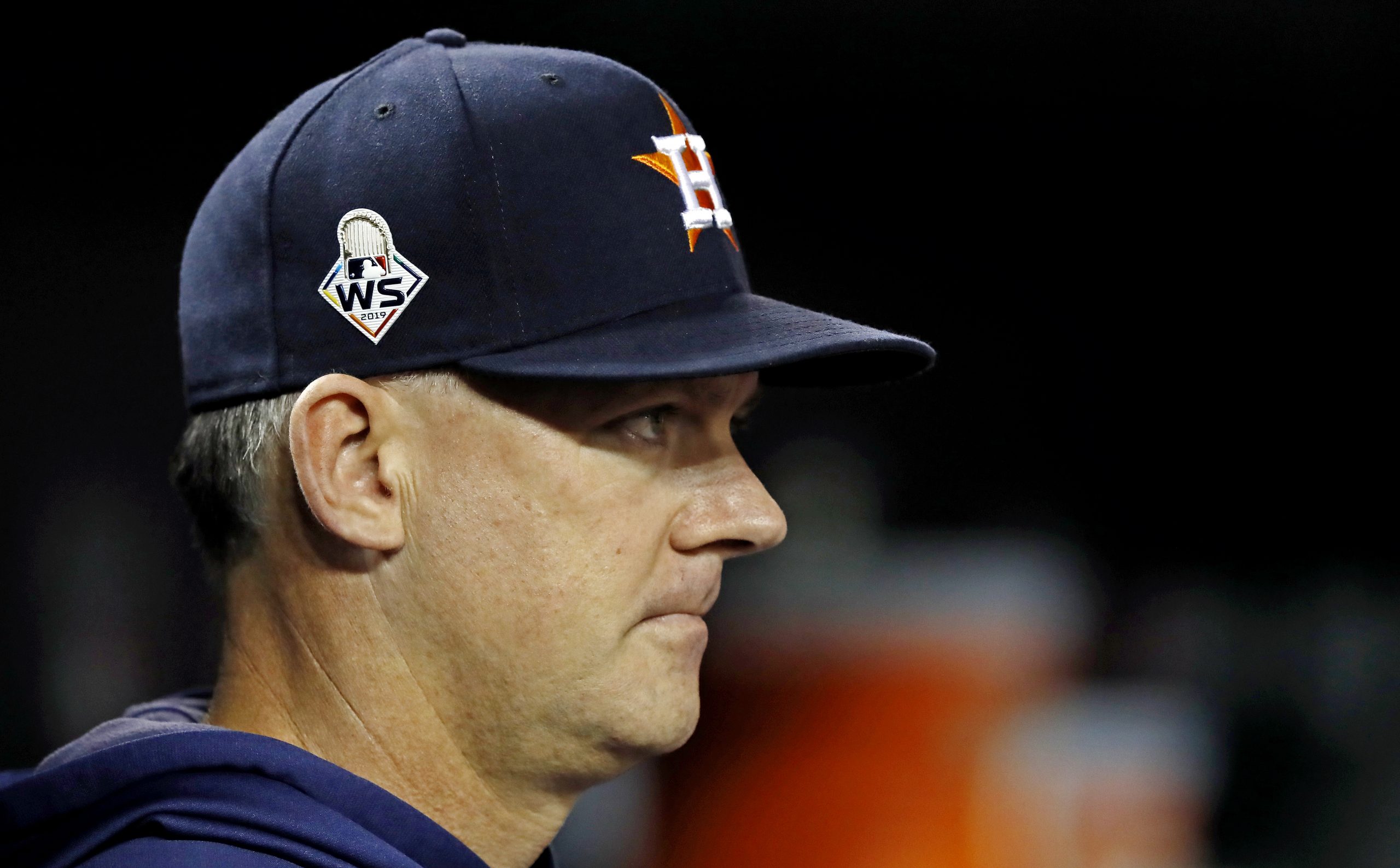 Major League Baseball had a brutal last week with three prominent franchises parting ways with their coaches a month before Spring Training.

All three departures are a result of the 2017 Houston Astros, who were accused by their former pitcher Mike Fiers for stealing signs from opposing teams’ pitchers.

A.J. Hinch was the Astros’ manager during their 2017 World Series campaign and led them to another World Series appearance last season. He was suspended for a year by MLB and fired by Houston on the same day.

Astros General Manager Jeff Luhnow also suffered the same as Hinch for his role in the sign-stealing fiasco. The Astros were additionally fined $5 million and lost their first and second-round draft picks in the next two drafts.

With the Astros’ deciding to part ways with Hinch, it was only a matter of time before the Boston Red Sox and New York Mets made decisions on their managers.

The Red Sox decided to “mutually part ways” with manager Alex Cora, who was the Astros’ bench coach in 2017 before accepting the managerial position with the Boston Red Sox in 2018.

Cora implemented a similar cheating system to the one in Houston with the Red Sox and went on to win the 2018 World Series over the Los Angeles Dodgers.

Despite the Red Sox removing Cora, the franchise is still under investigation from MLB and could receive a harsh punishment if the league finds evidence of cheating.

Finally, the Mets agreed to part ways with first-time manager Carlos Beltran late last week. Beltran spent the final season of his legendary career with the Houston Astros in 2017, which concluded with his first World Series victory.

Commissioner Rob Manfred and MLB decided that it wasn’t practical to discipline players. Only the respective coaches and front office would be penalized.

Therefore, the Mets could have technically kept Beltran as their manager. But the looming distraction of the scandal would be a lot for Beltran to remain the manager.

That being said, all three clubs to some extent are still expected to be in the hunt for postseason baseball in October.

There is a high level of uncertainty and question marks in all three organizations. But each squad has a talented roster that will be extremely attractive to prospective managers.

However, these job openings would have been optimal in November compared to the middle of January with spring training starting next month.

Nevertheless, there are several well-respected coaches available to lead a ball club this upcoming season.

Showalter was a finalist for the Phillies’ managerial vacancy earlier this offseason before they opted for Joe Giraldi.

In addition to Showalter and Gibbons, long-time Cincinnati Reds coach Dusty Baker said the Astros contacted him, but the Red Sox and Mets have not reached out yet.

The 70-year-old Baker has been mentioned by various media outlets as a potential candidate for all three jobs. Recently, he managed the Washington Nationals (2016-17) and was in the running for the Phillies’ managerial job.

In regards to the Red Sox, they could turn to bench coach Ron Roenicke to replace Cora.

However, the MLB is actively investigating the 2018 Red Sox, and it’s unknown what Roenicke’s punishment could be if he’s included in the report.

Legendary Red Sox catcher Jason Varitek could be a potential managerial candidate for Boston. According to Jon Heyman, Varitek is more willing to consider managing this time around.

The former catcher has worked with Boston’s front office as a special assistant to the general manager since 2012. Following the dismissal of Cora, Red Sox President and CEO Sam Kennedy said this about Varitek in the team’s press conference:

“It’s not appropriate to talk about specific managerial candidates, but Jason is a beloved not only alum but a member of our organization and our hope and desire has been for him to continue to take on more and more of a role as he develops the next stage of his baseball career,” Kennedy said.

As previously alluded to, the Mets were the final team to lose their manager. However, who knows how long that will last with at least eight other franchises named in the MLB’s report.

The Mets are reportedly interested in promoting their quality control coach Luis Rojas, who was a dark horse candidate this offseason before the Beltran hiring.

In 2017 and ’18, Rojas was the manager of the Binghamton Rumble Ponies in 2017 (Mets’ Double-A affiliate) before joining the Mets coaching staff last season.

Another internal candidate is bench coach Hensley Meulens, who was a long-time bench coach for Bruce Bochy in San Francisco before joining the Mets. Meulens is also a candidate for the Red Sox job per Heyman.

Unlike Roenicke, Rojas and Meulens appear to be in the clear of any investigations. ESPN analyst Eduardo Perez was another candidate who the Mets were interested in before hiring Beltran.

Perez was the Miami Marlins’ hitting coach in 2011 and the Astros’ bench coach in 2013. SNY’s Andy Martino reported on Monday that the Astros are interested in Perez for their managerial vacancy.

Nevertheless, the Astros appear to have made more progress than the Red Sox and Mets with multiple veteran coaches having met with Houston owner Jim Crane. Crane said he expects the Astros to have a manager by early February.