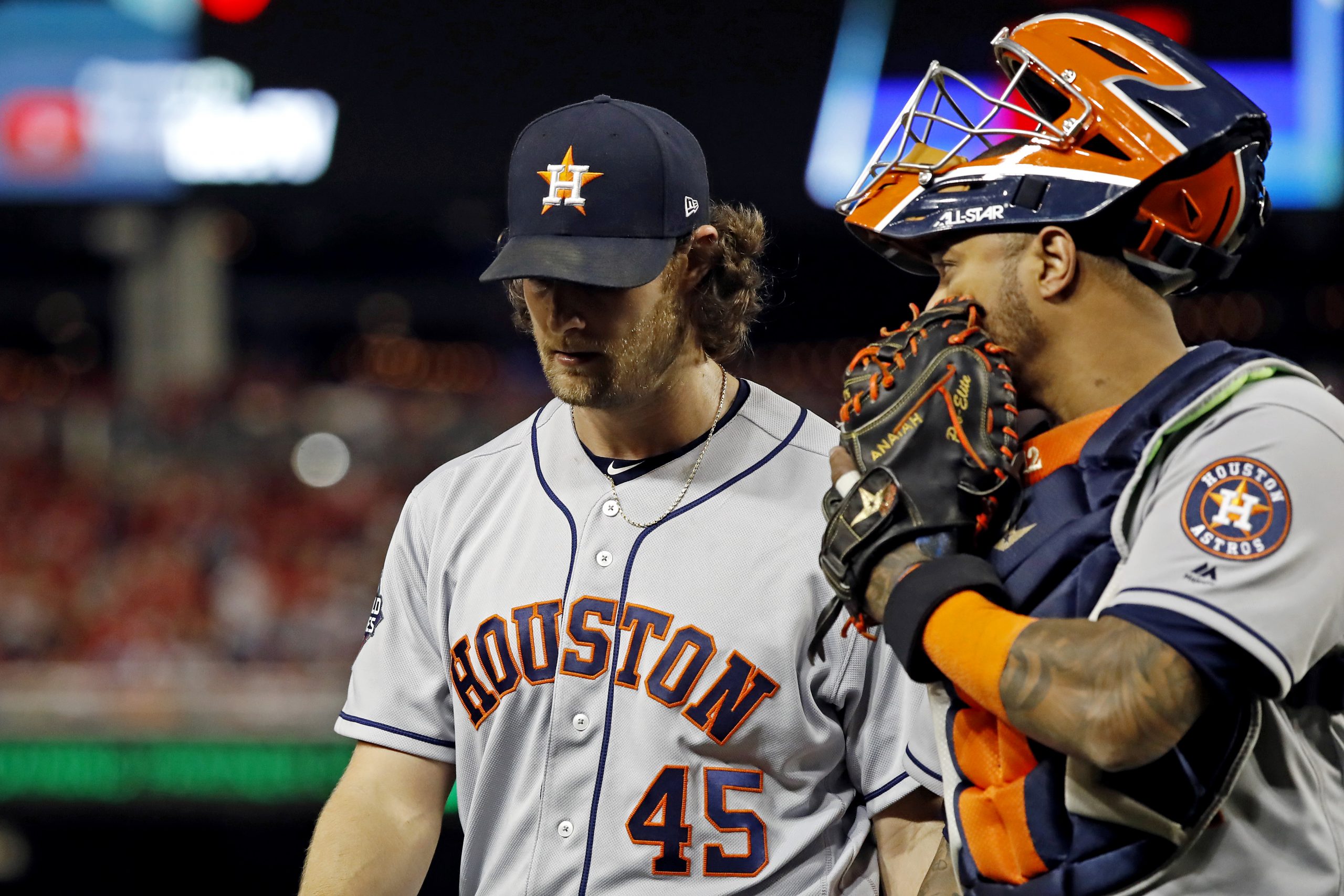 All signs pointed toward Gerrit Cole having pitched his final game for the Astros after the team’s Game 7 loss in the World Series, when he warmed up but was not inserted in the contest, but apparently that’s not the case.

The Astros’ model does not entail signing pitchers to blockbuster deals upwards of $300 million, given how much offensive firepower the team has in its lineup — unlike the Nationals, who had no problem signing Max Scherzer and Stephen Strasburg to mega-contracts.

As such, it was expected that Cole’s Game 5 performance would be his last outing for the team.

However, Astros owner Jim Crane was recently asked about Cole’s impending free agency, and apparently, the team will be in the mix for his services — along with the California teams.

Astros owner Jim Crane says it is “a possibility” the club goes over the luxury tax threshold for 2020, and also says “we’re going to take a run” at re-signing Gerrit Cole. pic.twitter.com/wcQlXmw7xE

The interesting dynamic here is Astros manager AJ Hinch completely mismanaging Game 7 with a 2-0 lead, and rather than inserting Cole in the game, giving him a chance to be the hero, he never saw any action. It’s fair to wonder if he’s still upset about that, as many others would be.