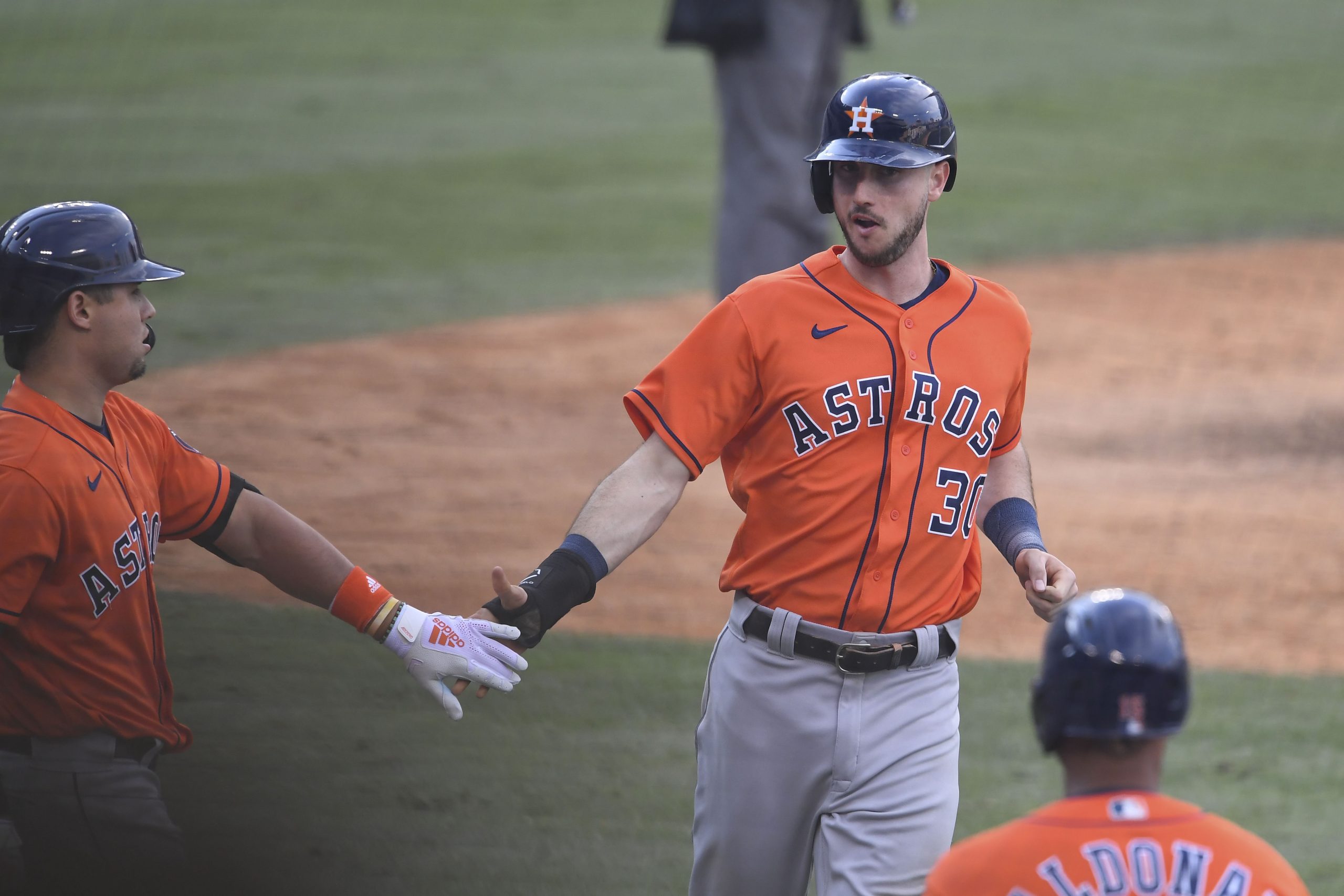 The Houston Astros made Major League Baseball history on Tuesday by becoming the eighth team ever to record five home runs in an inning. According to ESPN, that is the most home runs scored by one team in one inning. The Astros accomplished the feat in inning number two in a 13-4 romp over the Boston Red Sox at Fenway Park in Boston.

Heading into the top of the second inning, the Red Sox were leading the Astros 1-0. That is when Yordan Alvarez of Las Tunas, Cuba hit a leadoff home run that went 360 feet to left field, to tie the game at one. Yuli Gurriel then reached base on a catching error by Red Sox first baseman Franchy Cordero. That was followed by a two-run home run by right fielder Kyle Tucker of Tampa, Florida that put the Astros up 3-1. Tucker’s blast went 413 feet. Then, the next batter, shortstop Jeremy Pena of Santo Domingo, Dominican Republic put the Astros up 4-1 with a 411 foot solo shot. With one out, designated hitter Michael Brantley of Bellevue, Washington hit a three-run blast that went 405 feet, which also scored second baseman Jose Altuve and catcher Martin Maldonado, and put the Astros up 7-1. Altuve had doubled and Maldonado had singled. Gurriel then scored his second run of the inning with a 381 foot home run to left center which also scored Alvarez, who had previously singled.

Previous Times teams had five home runs in an inning

Related: Minnesota Twins Set MLB Record For Most Games In A Season With At Least Five Home Runs

What was also staggering on Tuesday was the fact that Red Sox starting pitcher Nathan Eovaldi gave up all five home runs. I am simply too afraid to see the pounding I took last night in my fantasy baseball pool. In Thursday’s game between Houston and Boston, the Astros (-125) are favoured over the Red Sox (+115) according to betonline.ag.