Badgers basketball closes out non-conference play by blowing out FAMU 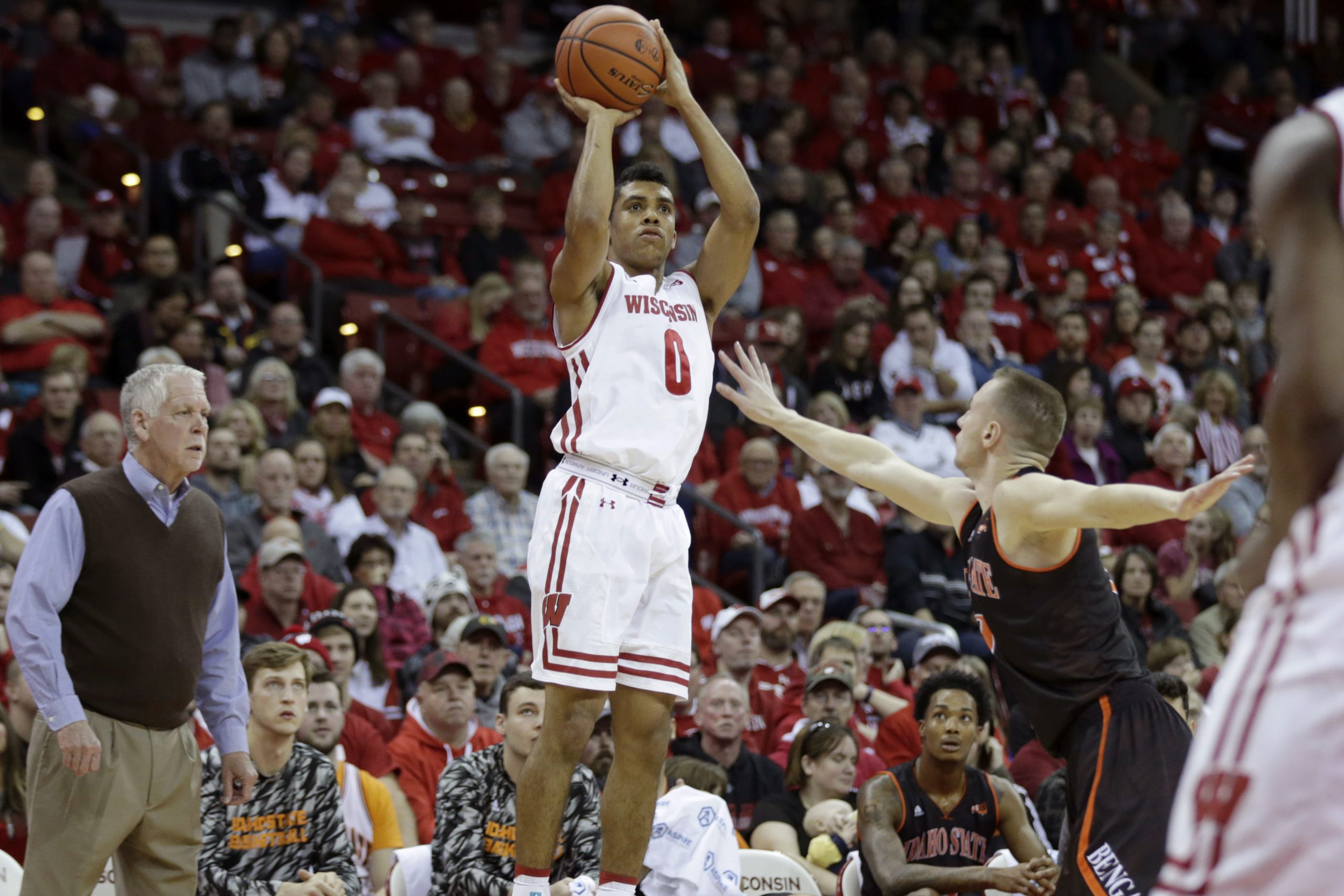 The Wisconsin Badgers may have had a lengthly break before its matchup with Florida A&M, but you wouldn’t have guessed it by the performance of Greg Gard’s bunch on Friday night. UW didn’t miss a beat in clobbering the Rattlers 90-37 in the non-conference finale.

No one played more than Bronson Koenig’s 22 minutes, but it was freshman point guard D’Mitrick Trice who would lead the scoring for UW with 14 points on the night. He was joined in double figures by Vitto Brown and Charlie Thomas, who had 11 points each.

This game was really never in doubt, with UW leading by 21 (43-22) at the half. But, that didn’t stop Wisconsin from pouring it on in the second half either. Despite the bench seeing the floor for the majority of the second half, UW didn’t let up.

Instead, the Badgers held FAMU to just 15 points in the second half while pouring in 47 points of their own. UW’s biggest advantage came in the paint, outscoring the Rattlers 40-8 down low on the night.

Perhaps the most telling part of this game comes from sharp-shooting bench players Brevin Pritzl and Andy Van Vliet. The duo combined to go 5 of 8 on the night for 15 points in their most extensive action of the season.

Wisconsin opens up Big Ten play as hosts to Rutgers on Dec. 27 at 6p.m. CT.