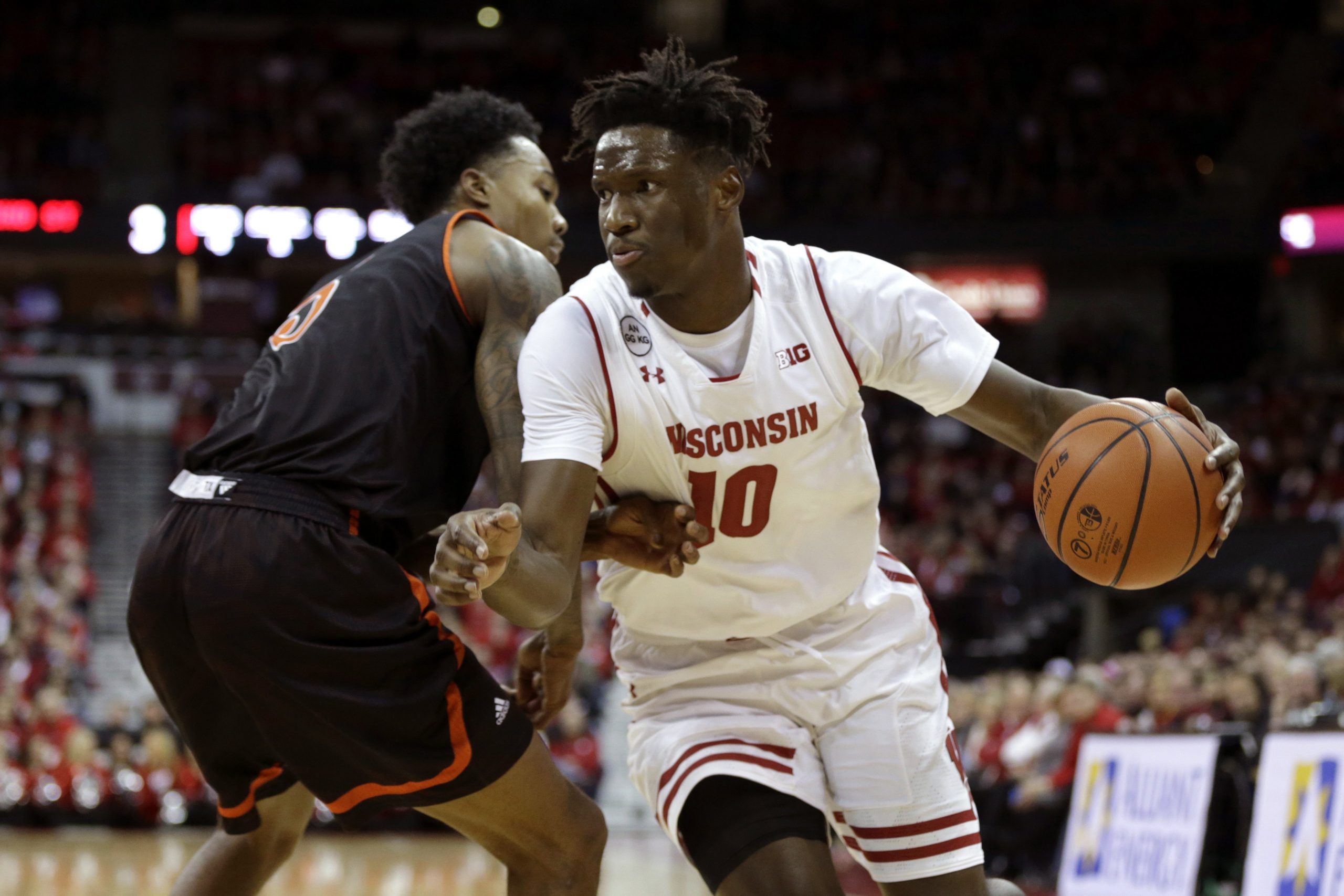 After dropping a Big Ten opener for the first time in over a decade last season, No. 14 Wisconsin got back to it usual winning ways in the first game of B1G play this year.

Wisconsin started off hot, got hot when it needed to over and again and methodically took apart visiting Rutgers for a 72-52 victory at the Kohl Center. The Badgers have now won 13 of its last 14 Big Ten openers and have an eight-game win streak going with this win.

Star forwards Nigel Hayes and Ethan Happ took this game over with a great inside-out game between the two of them. When Hayes was being double-teamed, Happ took over inside and vice versa. It was a formula for success that the Scarlet Knights couldn’t figure out.

Hayes finished with a game-high 20 points, including a rare perfect night from the free throw line (10-10). Meanwhile, Happ put up another double-double with 10 points and 11 rebounds.

Wisconsin even got the rare double-digit game from senior guard Zak Showalter, who put in 18 points on 6-10 shooting.

As good as Wisconsin was on offense, the defense became the real story of the game. Once again, the Badgers held an opponent to its lowest point total of the season so far. Rutgers’ 52-point night was nine points fewer than its previous low of 61 (done twice).

UW held the Scarlet Knights to just 31 percent shooting from the field, forced 15 turnovers and owning a 42-31 advantage on the boards. Wisconsin takes to the road to face No. 16 Indiana at Assembly Hall. Tip time is scheduled for 6p.m. CT on ESPN.