Badgers falter in second half of B1G title game 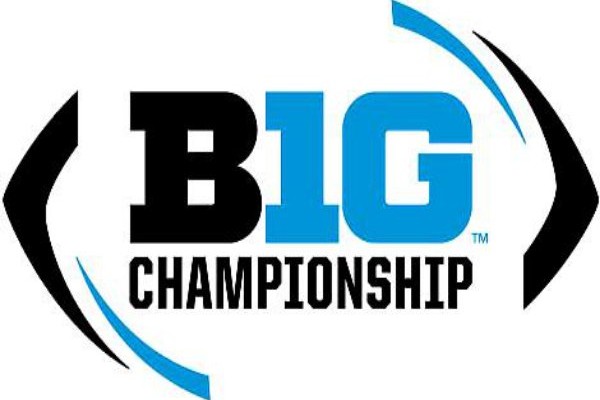 INDIANAPOLIS – For most of the first half, Wisconsin looked to be in firm control of the 2016 Big Ten Championship Game at Lucas Oil Stadium.

With a rushing game in vintage form and a defense making life difficult for Penn State, the Badgers raced out to a 21-point first-half lead.

But a massive second half from the Penn State offense soon turned the red tide blue and left UW players and staff trying to make sense of a 38-31 loss on Saturday night.

After forcing a three-and-out on the opening series, the Badgers turned in a classic offensive drive. In the span of eight minutes, Wisconsin marched 81 yards to take a 7-0 lead on a 1-yard scoring run by Austin Ramesh.

The UW defense stymied the Nittany Lions on their ensuing possession and soon, Wisconsin had doubled its lead thanks to a 67-yard dash by Corey Clement.

“It’s all about being relaxed and patient with this O-line,” Clement said. “They work in such a fantastic way that you have to allow them to set up the blocks the way they need to.”

With just over a minute remaining in the opening stanza, Penn State connected on a deep ball. The 33-yard pass from Trace McSorley to Mike Gesicki brought the Nittany Lions back within seven.

However, Wisconsin extended its lead with authority. With PSU reeling, facing a 3rd-and-1 deep in its own territory, the Badgers defense took advantage of poor snap which led to a fumble. Ultimately, linebacker Ryan Connelly came up with the loose ball and took it 12 yards for a score.

On the following drive, the Nittany Lions faced 4th down just to their side of midfield. Seemingly sensing that the game was slipping away, Penn State head coach James Franklin opted to keep his offense on the field. As they have so many times, the Badgers defense held true and gave them ball back to the offense at the Penn State 42.

UW made Franklin and company pay by turning in a five-play, 42-yard performance that was capped by a 7-yard scoring run from Dare Ogunbowale.

With a three-score lead in hand and more than half a game remaining, shades of UW’s blowout victory in the 2011 B1G Title Game against Nebraska began to appear.

Following PSU’s second straight failed fourth-down attempt, Wisconsin appeared poised to deliver the knockout blow. But this time, with possession on the Nittany Lions 43-yard-line, the Badgers came up empty, punting the ball away after a three-and-out, their first of the night.

Penn State setup shop at its own 10 with 2:25 left in the half and all three timeouts at its disposal. Less than 90 seconds later, PSU was able to strike. The eight-play, 90-yard drive came to a head with a 40-yard touchdown pass from McSorley to Saeed Blacknall.

UW defensive back Lubern Figaro tried to jump the route in search of what would have been a pivotal interception. Instead, the ball found its way to Blacknall who scored easily with no other defenders in the area.

“We had a chance at the end of the second and we didn’t do much with it,” Wisconsin head coach Paul Chryst said. “We punted it down to the 10, but they scored. So there’s some momentum. I don’t think we did enough to change the momentum swings.”

With a 14-point lead still in hand, the Wisconsin offense began showing signs of life again midway through the third quarter. The Badgers were able to pick up a shade over 50 yards before their second drive of the half stalled. That setup Andrew Endicott for a 48-yard field goal attempt that would have pushed the lead back to three possessions. But the senior placekicker missed wide, giving the ball back to Penn State.

From there, it was all Nittany Lions. Penn State scored on the following play, continuing to gash UW’s secondary. This time, McSorley found Blacknall with a 70-yard bomb to make the score 28-21 in favor of Wisconsin.

Following another fruitless UW drive, PSU produced an eight-play, 63-yard effort that tied the game late in the third. Saquon Barkely put the cherry on top with a 1-yard scoring run.

Wisconsin made the remaining 4:22 of the quarter count by retaking the lead courtesy of a 23-yard Endicott field goal, making it 31-28 in favor of UW heading into the final quarter.

However, prior to the kick, quarterback Bark Houston missed a wide open Troy Fumagalli for what likely would have been a touchdown.

“When we missed Fum on the goal line. That had a chance to be a big play,” Chryst said.

The Badgers continued to bleed on the defensive side of the ball. It took the Nittany Lions just four plays to take the lead for good. Barkley hauled in an 18-yard strike from McSorley to cap an 81-yard sprint down the field.

Only needing a touchdown to secure a victory, Penn State got the ball back with just under 10 minutes remaining in the game. The Nittany Lions advanced all the way down to the Wisconsin six yard-line before the Badgers defense forced a fourth down. The 24-yard Tyler Davis field goal that followed, pushed PSU’s lead to 38-31, but also left the door open for Wisconsin.

UW setup shop at its own 25 with 5:14 remaining and three timeouts. The Badgers clawed their way to the PSU 24 where they faced 4th and 1. Corey Clement got the call, but was stopped well short of the line to gain, effectively ending the game and Wisconsin’s hopes of an appearance in the College Football Playoff.

“It’s just all about who wanted it more,” Clement said. “Either got it or didn’t. But I’m pretty sure everybody on the field laid it out on the line for that last play.”

Chryst said the disappointing second half had nothing to do with lack of effort.

“The kids kept playing,” Chryst said. “I didn’t feel any of that – letting the foot off the gas. We made some plays early and then they (Penn State) came and made their plays.”

When it was all said and done, Penn State amassed 435 yards of total offense, 384 of which came through the air.

“We didn’t do enough to to make McSorley uncomfortable, and they made plays,” Chryst said.

Clement finished the game with 164 rushing yards on 21 carries. Houston was 16-for-21 passing for 174 yards. Jazz Peavy and Ogunbowale each caught four of those passes, accumulating 54 and 28 receiving yards, respectively.

Wisconsin will learn its bowl destination and opponent tomorrow evening.

“After a game like this, you feel really fortunate that you have another game to play together,” Chryst said. “This is a neat team.”

Regardless of the bowl details, Chryst believes his team will be ready to play.

“Are they going to bounce back? Absolutely.”