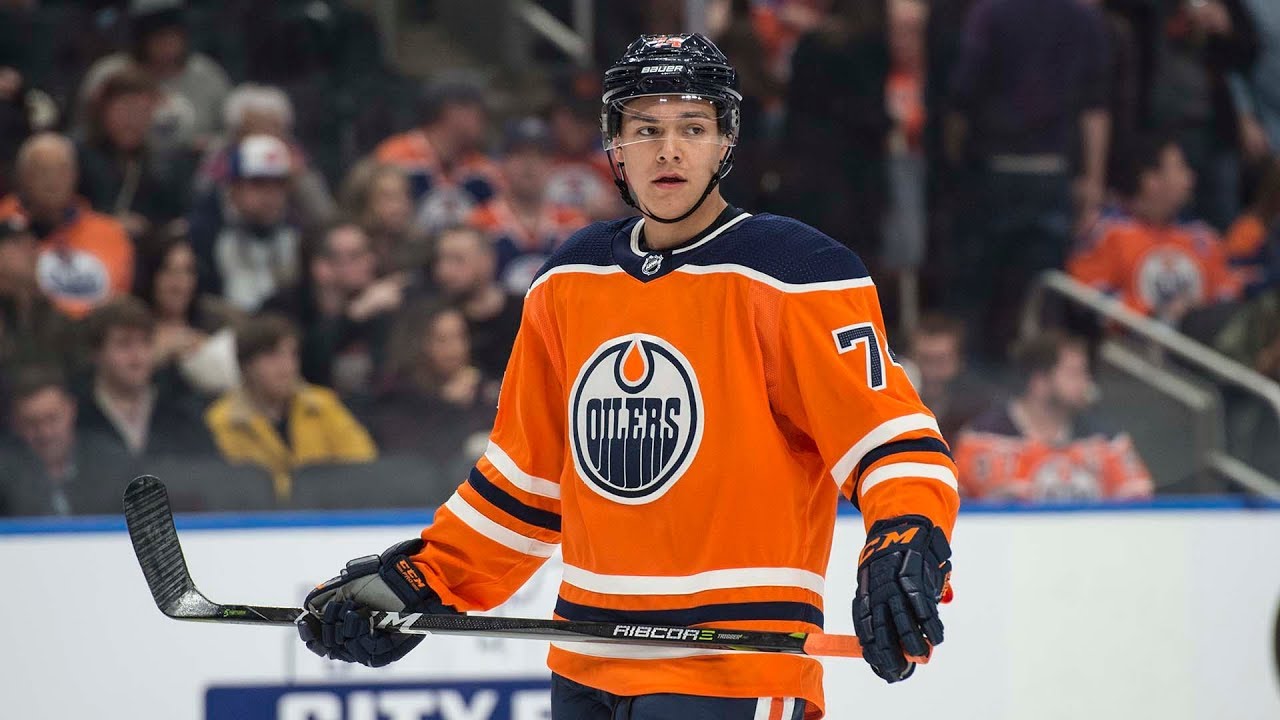 The Edmonton Oilers defeated the Winnipeg Jets 5-3 on Thursday night, but the big winners were Tomas Jurco and Ethan Bear. Both players, on the bubble going into Thursday’s game, scored two goals. Bear was steady all night next to Oscar Klefbom, while Jurco looked like a fit with Connor McDavid.

By no means does this ensure a great season is coming for both. What it does do however is inch both closer to an NHL job. Bear is essentially a lock at this point, while Jurco may have just jumped a few European veterans.

Ethan Bear has been good and lucky this fall. He outplayed Evan Bouchard and Caleb Jones, then saw Joel Persson go out with an injury. Bear got his chance to play with Klefbom on Thursday night and did not disappoint.

In addition to scoring a pair of goals, Bear displayed the mobility and offensive acumen that makes him such an appealing prospect. He can transition the puck quite well, and he made a few plays in the offensive zone that prolonged sequences for the Oil.

One thing that is really noticeable with Bear is his strength and positioning. At the end of the 2017-18 season, Bear looked lost trying to defend in the NHL. Now? After a year with Jay Woodcroft and Dave Manson he looks comfortable and in control in his own zone.

He’s gotten stronger, that’s for sure.

Thursday night’s performance all but ensured Bear will make the Oilers next week.

The thing about Tomas Jurco is he possesses both speed and skill. His second goal last night, from in tight on the powerplay, was a play only about three Oilers could have made last year. He upgrades the skill level of the team.

Jurco is obviously not an established NHL’er. He hasn’t played a regular season game in the league since 2017-18 when he suited up in 29 games for the Chicago Blackhawks. He split last season between the AHL’s Springfield Thunderbirds and Charlotte Checkers, winning a Calder Cup with the Checkers last spring.

He looks confident, healthy and ready to make the leap back to the NHL. In his favor is his speed and skill, which the Oilers lacked last season. It also helps that he jumped up to the McDavid line and looked like he belonged. That’s important, as the Oilers still need some top-six talents to step up.

Jurco is far from proven in a feature role. He’s played well enough in the preseason to at least warrant a look if things go wrong early in the year.

There are still roster spots up for grabs, but it is likely that two of them were claimed on Thursday night.