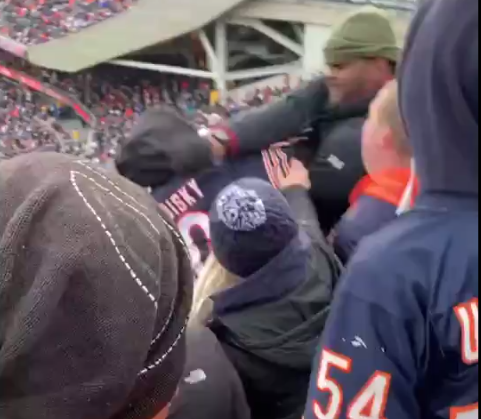 The Chicago Bears entered the season in hopes of defending their NFC North title, and advancing further in the playoffs than last year, but the team’s 2019 campaign has been filled with nothing but disappointment.

Chicago entered Sunday’s game against New York sporting a lackluster 4-6 record, and it’s’ fair to say fans at Soldier Field were hoping the team would be taking playoffs this time of year, rather than if quarterback Mitchell Trubisky is the long-term answer.

All of these things have taken a toll on fans, and is probably why Bears supporters were so frustrated that they began just fighting each other in the stands at Soldier Field on Sunday.