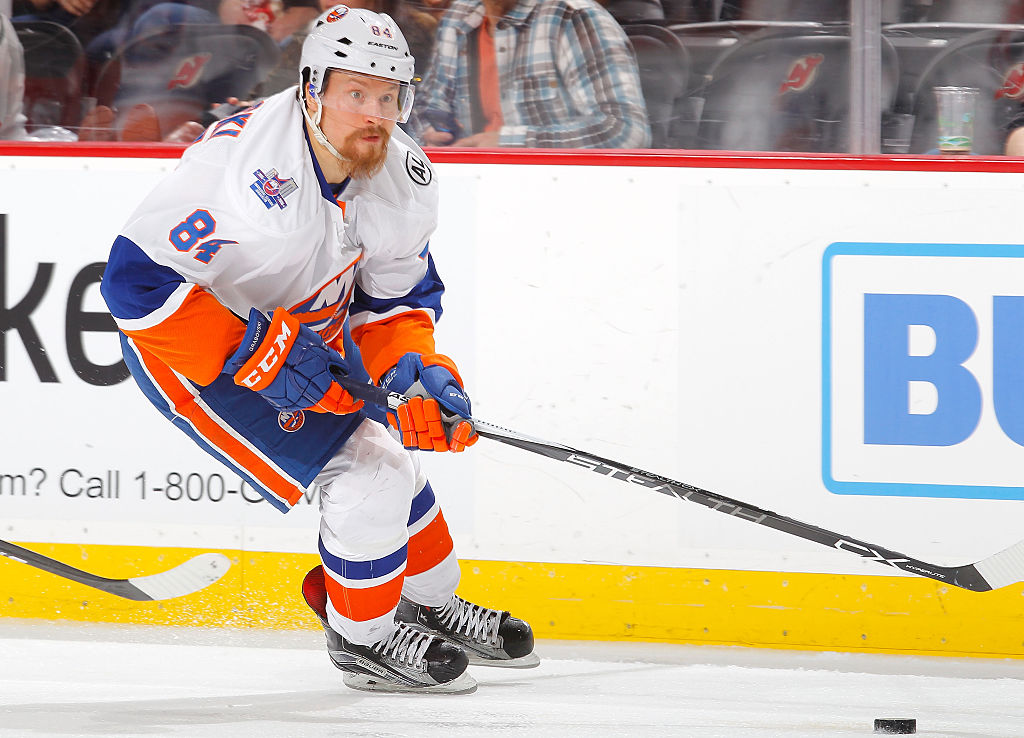 JF Berube is no long a member of the New York Islanders.

The Las Vegas Golden Knights selected the third goalie that was part of a complicated goaltending trio on Long Island in the NHL expansion draft. The decision to select Berube was part of a larger deal with the Islanders sent Mikhail Grabovski, Jake Bischoff, their first-round pick in 2017 and their second-round pick in 2019 to Vegas.

The terms were worked out prior to Wednesday’s expansion draft and helped the Islanders protect more coveted players like Calvin de Haan, Ryan Strome and Brock Nelson. The deal also cleared $5 million in cap space for the Islanders, who are said to be aggressively working to upgrade their lineup this offseason.

A deal had been initially reported on Monday, but details continued to unfold over the past few days and hours leading up to Wednesday’s announcement during the NHL Awards Show in Las Vegas.

What was needed to clear cap space while also protecting assets came at a steeper price than anticipated, and the pressure will now be on Islanders general manager Garth Snow to produce a move that justifies Wednesday’s trade.

The Islanders have been linked to several big name trade targets including Matt Duchene, Jordan Eberle and Alex Galchenyuk. A trade freeze for the other 30 teams has been in place since 3 p.m. on Saturday and will be lifted Thursday morning. NHL insiders are expecting Duchene and/or Eberle to be moved relatively soon, with the Islanders name continuously mentioned in the conversation.