Berube Redeems Himself in Win Over Avalanche 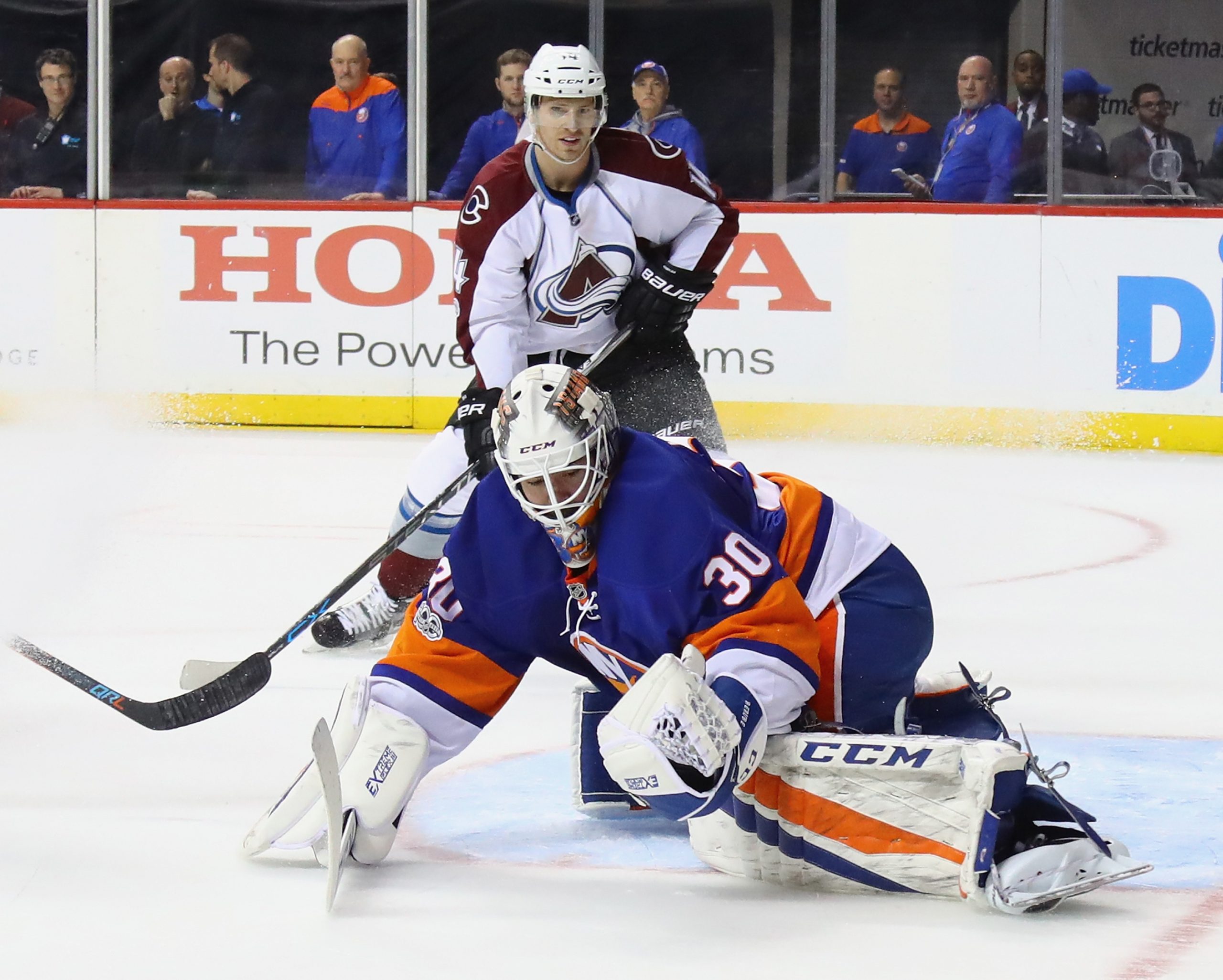 NEW YORK – The last time Islanders fans saw JF Berube they were none too pleased with his performance, but he made up for it on Sunday with solid outing against the Colorado Avalanche.

The Islanders netminder made 26 saves in the Islanders 5-1 win over the avalanche and finished the night with a .963 save percentage. The only goal Berube surrendered came in the first period against Joe Colborne.

“Great win for JF,” Islanders head coach Doug Weight said. “He’s a good goaltender and he played really well. He actually helped us and had a real good first period. It could have been 0-0 or 3-3. We had the better of the grade-A chance, but they had three or four that were really good.”

Berube made two big stops in the first period to deny the Avalanche a goal. The first came early in the period when the rookie made a pad save on a wraparound attempt by Mikko Rantanen.

The second was a sliding glove save on a shot from John Mitchell.

“It was night and day compared to last game,” Berube said about his performance. “I was just more focused and I was just sharp. I think that’s the word that comes to my mind when I think about my game. I was sharp, I didn’t give too many sloppy rebounds and guys were talking a lot on the ice so that helps a lot to find pucks.”
Islanders captain John Tavares also used the word sharp when talking about Berube’s performance and was happy to see him return to form on Sunday.
“It was great to see him have a great outing,” Tavares said. “I know he’s been working hard and getting ready to stay sharp. Especially in these back-to-backs you need goalies and he’s been awesome.”

It has not been an easy situation for Berube, who until the end of December had been the third goalie on the Islanders roster. He only has five starts and eight total appearances this season.

Berube’s previous start in net for the Islanders was a poor outing, surrendering five goals in a loss to Carolina, so the goalies was on the ice Sunday morning getting some shots in ahead of his start. Berube did so even though the Islanders did not have a morning skate.

“When you have a bad game you want to bounce back,” Berube said. “I think it kind of helped me to work hard in practices and kind of go back to basics. That’s what makes me successful when I don’t try to do too much. I just wanted to go on the ice and feel the puck and it was like a light skate, probably 15 minutes.
“I felt good and I felt even better tonight.”