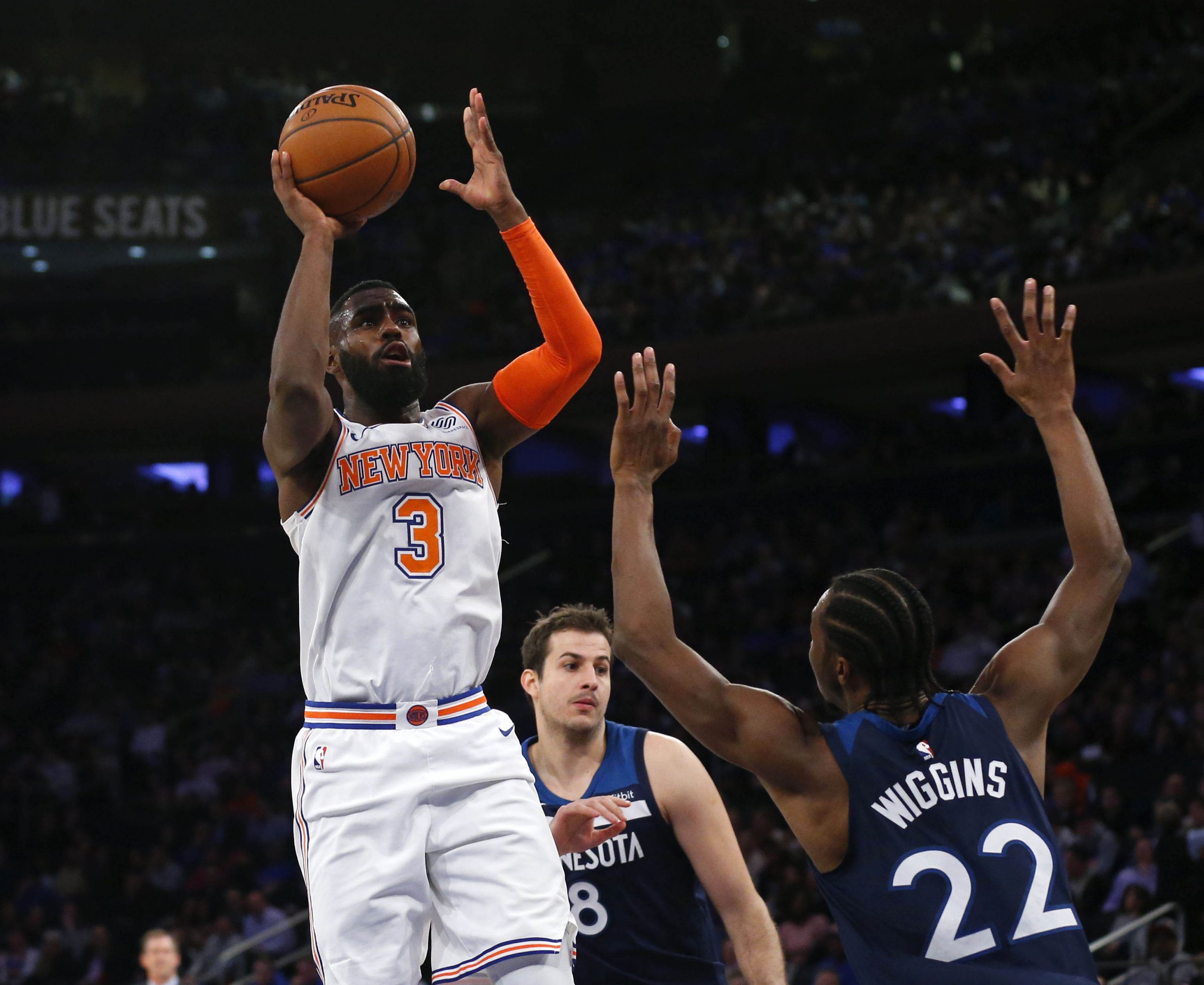 Upon hitting the hardwood on Friday night, the Knicks ran right into the brick wall that is the Minnesota Timberwolves’ defense. Tom Thibodeau’s fingertips are all over this team’s identity. They swarm the opposing offense, with quick reactions in a zone defense and a desire to limit spacing so much so, that a team like the Knicks couldn’t get anything cooking in order to score the ball.

New York mustered just 22 first quarter points and even that was a struggle. From the jump, the Knicks struggled and were down as many as 15 points early on. Minnesota took control from the get go. Their defensive pressure was suffocating, and New York’s front court had difficulty containing Karl-Anthony Towns. The big man went on to finish with 24 points and 13 rebounds, and most of his damage came in an overwhelming first half. The Knicks’ bigs all racked up way too many early fouls and it’s safe to say the game looked lost heading into halftime.

But a couple of key lineup changes from Jeff Hornacek helped spark a Knickerbocker comeback. Starting Frank Ntilikina and Trey Burke to begin the third quarter (in place of Emmanuel Mudiay and Courtney Lee) seemed to do the trick. Burke was distributing the ball at a uptempo pace and Ntilikina was focused on playing solid defense and positioning himself in the corner offensively. The long-time chemistry Burke has with Tim Hardaway Jr can’t be denied. The swingman had a career-high scoring night with 39, and undoubtedly exploded in the third. Hardaway Jr. and Co. combatted the Timberwolves’ tough interior defense by hoisting up the long ball without hesitation when given even the smallest bit of space. They let the shots fly, and for a while, they actually started to fall. The Knicks amassed a 7 point lead, but by the time the fourth quarter came, Hornacek yanked his rising stars one by one and the momentum was lost…as was the game itself.

Burke finished with 15 points and 9 assists and Ntilikina added 13 of his own. It was nice to see the Knicks shown some resiliency during the third quarter of doom, but their early shortcomings proved to be the death of this squad. New York did a terrible job of defending the corner three, leaving guys open at either side again and again. Minnesota connected on 43% from deep. Despite the loss, Knicks fans were treated to a blast from the past in the form of Jamal Crawford. Now 38 years old and a veteran of 17 seasons, the former Knick helped nostalgia set in by hitting a running/diving layup with the foul, and again on an unbelievable fadeaway corner three of his own. The vet added 13 in his team’s 108-104 victory.