Big Ten Championship Game Q&A: Getting caught up on the Wisconsin Badgers 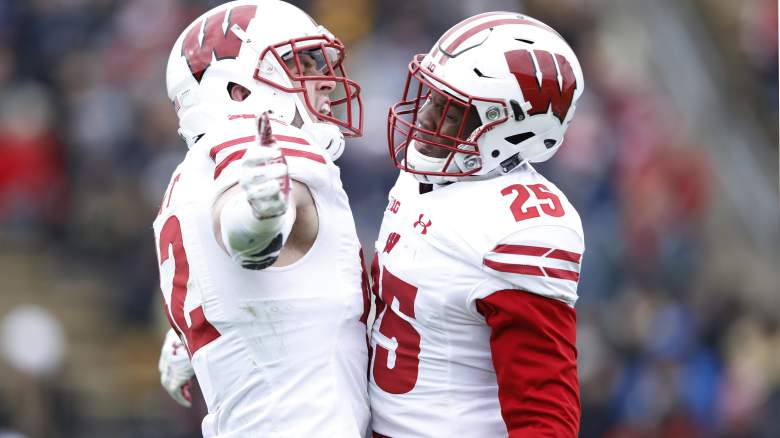 Penn State is preparing to take on the Wisconsin Badgers this week in the Big Ten Championship Game, so what better way to get an update and a glimpse of what to expect from the Badgers than from someone who has watched them all season long? Andy Coppens from fellow The Sports Daily site Madtown Badgers is a friend of Nittany Lions Den and is back now to provide his insight to the 2016 Wisconsin Badgers.

Nittany Lions Den: Wisconsin’s defense has been great this season despite a change at defensive coordinator and having Vince Biegel banged up. The Badgers have an astounding 21 interceptions, which likely means Penn State’s big-gain passing offense will be in for a challenge. What should we expect from Wisconsin’s defense Saturday night?

Andy Coppens: You should expect to see a defense that Penn State hasn’t been used to seeing from Wisconsin. With a three-year break in the series, Wisconsin has fully transitioned to a 3-4 defense and attacked at will since its installation. You should expect a defense that blitzes well and is good at playing behind the line of scrimmage thanks to the aforementioned Vince Biegel along with star OLB TJ Watt. As for the interceptions, a lot of that has come from a secondary that isn’t playing a lot of man-to-man defense and allowing the safeties to help more than they have in the past. It will be interesting to see a high-powered passing attack take on that secondary to say the least.

NLD: Last I saw, QB Alex Hornbook was questionable for this week’s game. What does Wisconsin’s offensive outlook look like with and without Hornibrook?

AC: Honestly, not much will change whether the quarterback is Alex Hornibrook or Bart Houston. About the only difference is that Houston has a bit more mobility and is right-handed instead of left-handed. Ultimately, the game plan will remain the same as it has all season long on offense — pound the football, use the passing game to extend drives and wear the opponent down. It has served Wisconsin well since a loss to Michigan earlier this season, so why fix it if it ain’t broke?

NLD: Aside from Corey Clement, who is the one player on Wisconsin’s roster that Penn State fans should be paying close attention to?

AC: This is a tough one given the all-conference honors that have been abundant for the Badgers this year. However, the name that most aren’t talking about but should be is safety D’Cota Dixon. The junior has become a thumper and a ball-hawk at the same time. He hits like Michael Caputo, but covers like a cornerback and plenty of teams have found that out the hard way in 2016. Dixon has four interceptions on the season to go with 49 tackles, 2.5 tackles for loss, one sack, four passes defensed and four quarterback hurries. His play keys a lot of what this defense does, but most won’t recognize it until it is too late.

NLD: If Wisconsin wins, it wins because…?

AC: Man, this is a tough one, but I’ll say it wins because it bottles up Saquon Barkley and exposes some of the weaknesses we’ve seen from Trace McSorely over the past few months. Stopping Barkley wouldn’t be a surprise at all considering UW gives up just 100 yards a game to opponents all season and has shut down the likes of Leonard Fournette, Mike Weber and De’Veon Smith already this season (just to name a few). That alone isn’t going to be enough, but if there is an underlying reason for a Wisconsin win it will be the inability of Penn State to count on the run game.

NLD: 5. Prediction and why?

This game is going to be good, and it better be given the majority of Big Ten championship games have been in the brief history of the game. However, I believe Penn State is riding a bit too high and will be brought to earth a bit by Wisconsin’s defense. Simply put, UW doesn’t give up points to opponents (leading the Big Ten with 13.7 points per game), but it is even better on the road than it has been at home in 2016. The only team to score more than 20 points in a game on Wisconsin was Ohio State. I’m guessing the Badgers defense is up to the challenge and holds Barkley and Co. in check. Wisconsin also uses that opportunistic defense to full advantage and scores a crucial defensive touchdown.

NLD: Does the winner of this game reach the College Football Playoff?

AC: This is such a good question, as the College Football Playoff committee has sent some very mixed signals so far in its weekly rankings. A lot is going to depend on what happens with the Pac-12 championship game on Friday night. That said, I think it would be really difficult to say either Wisconsin or Penn State don’t belong. Personally, I believe the public doesn’t get that the CFB Playoff committee is genuinely looking at the poll as a snapshot in time and will reset with information in front o it next week.

If Ohio State is indeed a lock (and you’d have to think so at No. 2), how does Penn State not get in as a champion and with a win over OSU? If Wisconsin wins, how does it not get in having just beaten a team with just one Big Ten loss and having played one of the toughest schedules in college football?

This is such an interesting year because so many assumptions are being challenged about how we determine who is the best team in college football. Personally, keeping the champion of the best conference in college football out in favor of a team who couldn’t meet the criteria to get to said championship game is a bit problematic. But, having said that, I believe neither Wisconsin or Penn State get in unless one or both of Clemson and Washington take a loss this weekend.

[Editor’s Note: I agree. regardless of who wins the Big Ten championship game, it is unlikely it gets in the College Football Playoff unless there is an upset in either the ACC or Pac-12 championship games. The good news here? I think that could very well happen, as I noted in a column on The Comeback this week.]