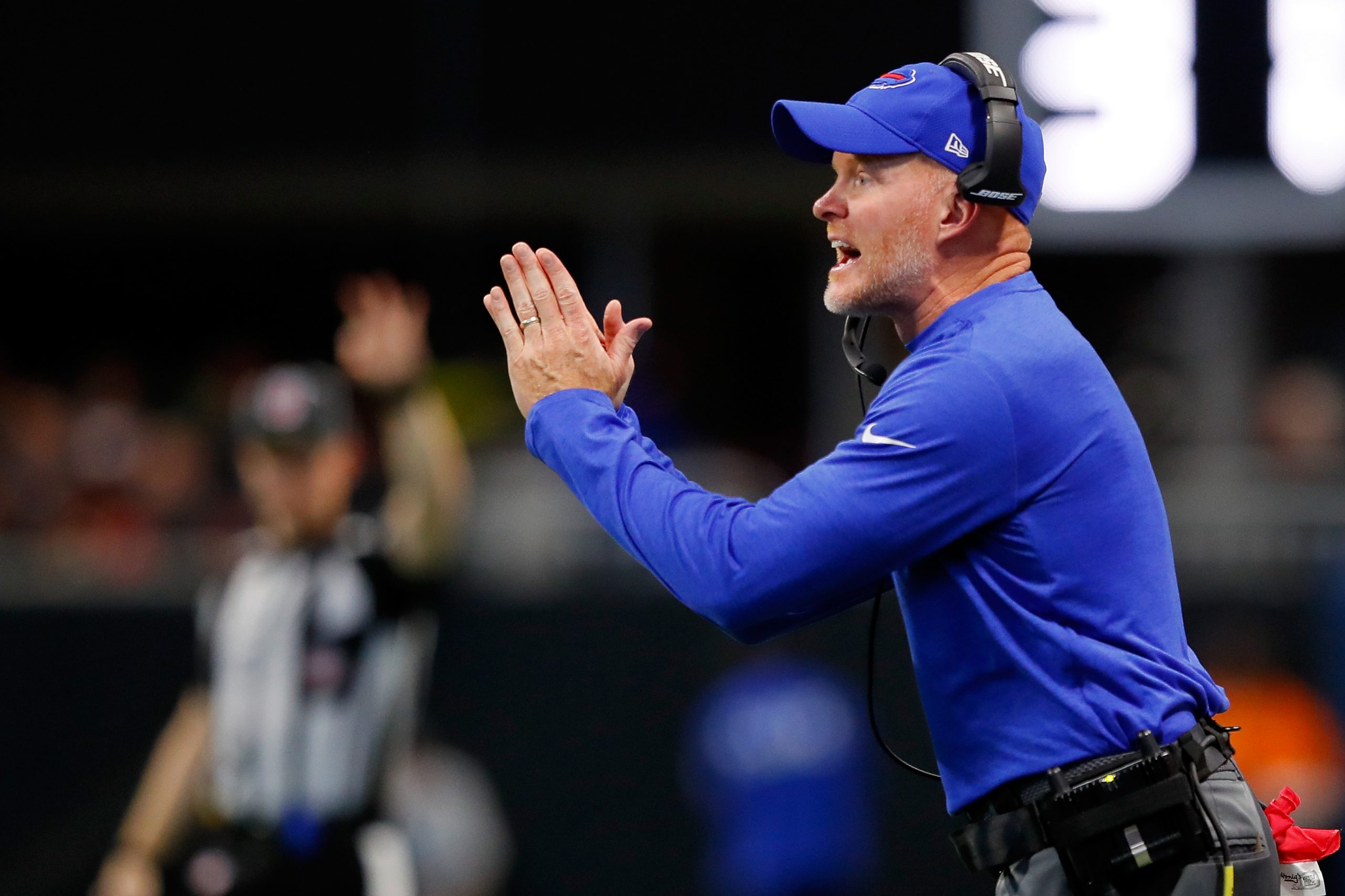 The Bills are out west this week, going one on one with the Los Angeles Chargers. Will newly minted anticipation thrower/mediocrity vessel Nate/Nathan/Nathaniel/Don’t Call me Na Na Peterman outperform Philip Rivers? Will the Bills bounce back from a 2 game skid? Read our staff preview and get that 4-1-1!

So you are starting a rookie 5th round QB on the road against Bosa and Ingram?  You have a D that hasn’t stopped anybody in 2 weeks?  LA 27 BUF 10.

My cause of death will definitely be this football team. Every time I think they can’t do anything anymore that can set me off the edge, they come up with something new and creative. This time, it’s the self destruction of a season that sees them currently slotted into the final wild card spot in the AFC, even with back-to-back losses. The Bills are in front of the pack by a game in the chase for a playoff spot, yet they have jettisoned the quarterback who has led them to a winning record.

I’m dumbfounded by this move and even more puzzled by the response of fans and media in this town who are making it sound like the Bills had no choice but to bench Taylor. From a pure on-field, football standpoint, there is no justification for this move. The excuses I’ve heard trying to explain this away are absolute garbage. I’ve heard everything from “Tyrod doesn’t throw downfield enough” to “Peterman completed that one back-shoulder throw in a preseason game.”

It’s 100 percent true that this offense is not the best fit for Tyrod Taylor, nor he for it, but that is an indictment of the coaching staff, not Tyrod. The offensive coaches should design an offense the suits the skills of the best quarterback on the roster, not bench the talented quarterback when you’re trying to figure out why the offense hasn’t been working. Oh by the way, it doesn’t help when Tyrod’s set of weapons includes two receivers who are known for their inability to create separation and inconsistent hands, a rookie with an historically bad catch rate, a tight end who missed several weeks with a knee injury, and a partridge in a pear tree. Also, the line stinks, LeSean McCoy is 29, and Mike Tolbert is getting multiple carries and targets each game.

If you were to award an offensive MVP for the Bills so far this season, would it not be Tyrod? Seriously, who the fuck else would it be? He has easily been the best player for them on the offensive side of the ball. But to the bench he goes. It is mindboggling.

Oh but the team has to see what it has in Nathan Peterman. Yes, completely run a winning season off the rails and into the water to make sure the fifth round rookie quarterback is definitely going to play like a fifth round rookie quarterback. He was pick 171 in the draft for a reason. He played in an offense at Pitt that relied on screens and quick throws, as well as jet sweeps and misdirection, to create easy reads for the quarterback. The offense hid Peterman’s flaws as a quarterback prospect, including his limited arm, happy feet, and lack of pocket poise. Sure he does things you like, but he will not be able to elevate the overall quality of the offense the way Tyrod has through nine games. Take a look at the names of quarterbacks drafted in the fifth round in the last decade. How many do you even recognize? If you’re being optimistic on Peterman, you’re hoping his career can turn out like Dan Orlovsky’s.

We’re the Bills going to the Super Bowl with Tyrod Taylor? No. But were they on track to sneak into the playoffs with him? Yup. Any chance of them grabbing the sixth seed is now gone I think because Peterman is just not going to be able to play at a level Tyord was at. Nathan Peterman is not beating the Chiefs, Patriots, or even the Dolphins. They absolutely DID NOT HAVE TO DO THIS. The likelihood of Peterman being a capable starting NFL quarterback is very small. The Bills want to be sure of that in the middle of a 5-4 season and at the expense of a quarterback who has played well for them. Tyrod is under contract for next season, by the way. They could have brought him back and drafted a quarterback prospect they like for next season. They are under no obligation to play Peterman. to “see what he can do” because he can’t do much with his limited skill level. They are kidding themselves if they think he is the quarterback of the future. Maybe just play out a potential playoff season, someplace you haven’t been in 17 years, with the best quarterback on your roster.

I think it is a monumentally stupid decision and a seminal moment we will point back to when the drought is still a thing a half decade from now.  Prediction: Chargers 27, Bills 9

Agh. I feel like an another ugly one is coming. I want so much to believe that Peterman will rock it, but I’m so skeptical…

I didn’t like McDermott’s move and I think this was the plan all the way. The only way I’ll come around with this decision is that Peterman is GOOD. But I don’t anticipate that happening. I think Peterman will have a rookie day. 1 TD 1 INT.

This outcome will all depend on defense and on the OL. I want to see a dominant performance by the team. I want to feel that we out coached and outplayed the chargers. Will that happen? I doubt so.

I think Peterman is going to get drilled behind this offensive line, the run defense will continue to get gashed, and the Bills will fall to .500. Looking forward to all the Bills fans saying the quiet parts loud this week when ol’ Nate hits a 5 yard out pattern with ANTICIPATION.