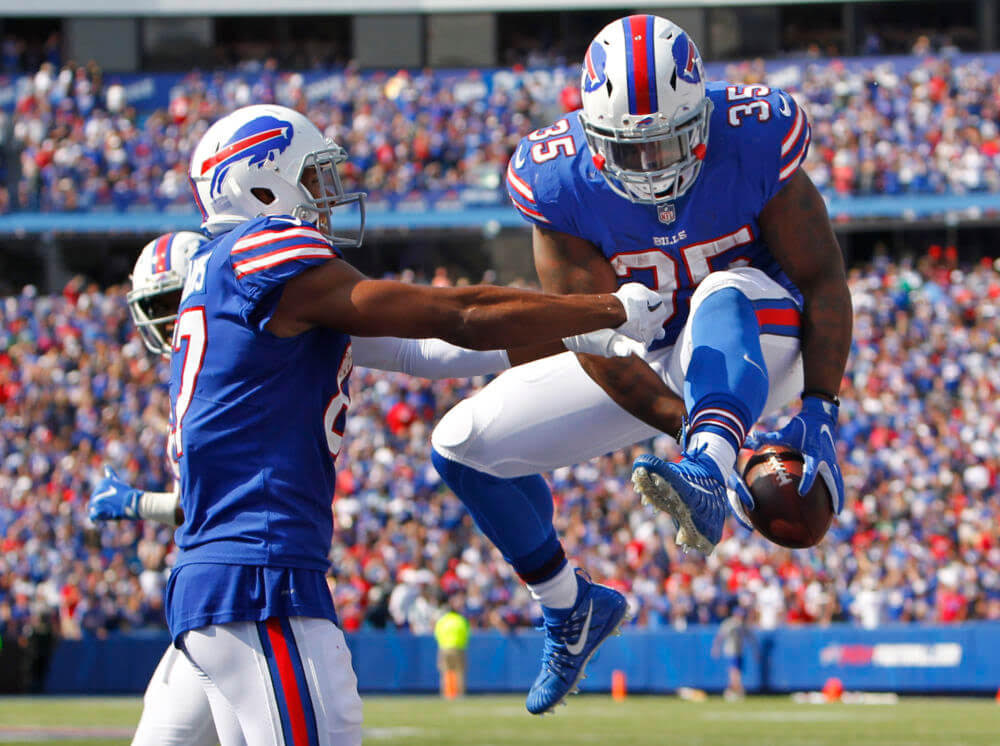 This season has been a ringer, let me tell you. But with three games left to play the Bills, despite any moves by coaching or management to the contrary, are in the playoff hunt. Like – legitimately, none of that 8th place “7 things need to happen” deals, it’s a “win 2 of your next 3 with a *little* help” deal, which is shades of 04 and I’m just not having those thoughts right now, so here are the staff’s picks!

Tyrod is back! And it’s Dolphins game, so I’m expecting a good Tyrod game. I’m also expecting a BIG Charles Clay game: dude has been a monster against the fins.

But leaving my optimism aside, I’m really nervous for this game, specially because I don’t know which version of either team we’re getting!!! Both teams have been SO inconsistent that anything can happen. I wish we could win and continue our misery (that some call “hope”).

As you can see, I have no idea what I’m talking about this year.  These teams are roughly evenly matched.  If the Miami that shows up on Monday shows, up, it’s a loss.  This game is extremely important as Buffalo has to win 2 of 3 to have a shot at the playoffs, and since NE is next week, the more likely scenario is trying to sweep Miami.  However, Miami has a similar scenario and they need to sweep Buffalo.  It comes down this, I just have no faith in the Bills offense right now.  I’m not sure if it’s the QB, the OC, or the personnel, but I don’t trust them, to score over 20 in a game right now unless the D is forcing turnovers.  I also am not sure how Buffalo stops Kenyon Drake.  Miami 23 BUF 17

Just have a bad feeling about this one. Feels like a classic letdown game with the Bills actually in a decent position to make the playoffs. Kenyan Drake will run all over the Bills, Dennison will bungle up the offensive playcalling for Tyrod and co, and Coach Troops will mess up again – and this time he won’t get bailed out. It’ll stay close throughout, with a dagger Dolphins touchdown coming late.

Tyrod returns this week and with him returns renewed optimism about the Bills’ playoff chances. Beat the Jay Cutler-led Dolphins twice and you end the regular season at 9-7, giving yourself a realistic shot at sneaking into a wild card spot. The Bills’ playoff chances are real and they are spectacular, but Buffalo does need to take care of business by winning these two games against the Dolphins, who are suddenly on a winning streak. Let’s not forget that we chalked up last year’s games against the Dolphins to be sure victories, only to see the Bills falter twice.

The Bills need to prove that they can score some points. They haven’t broken the 20-point barrier in a game since Tyrod’s second half heroics led the Bills to 24 points in their blowout loss at Los Angeles. With Tyrod back, their odds of getting to 20 points increase dramatically, but we need to see a better performance than what we’ve had for about a month now.

I don’t love this game for the Bills and maybe there’s some lingering scar tissue from last year’s Christmas Eve game against Miami when Rex punted in overtime (ring a bell?), but Cutler rarely strings two good games together and he’s just had two in a row, so he’s due to fall apart on a short week after a huge win against New England. I think Miami might be due for a letdown here and the Bills are due for a game where they receive a bushel of turnovers. I’ll say this is it, but you bet I’m skeptical and expecting an easy Dolphins win.