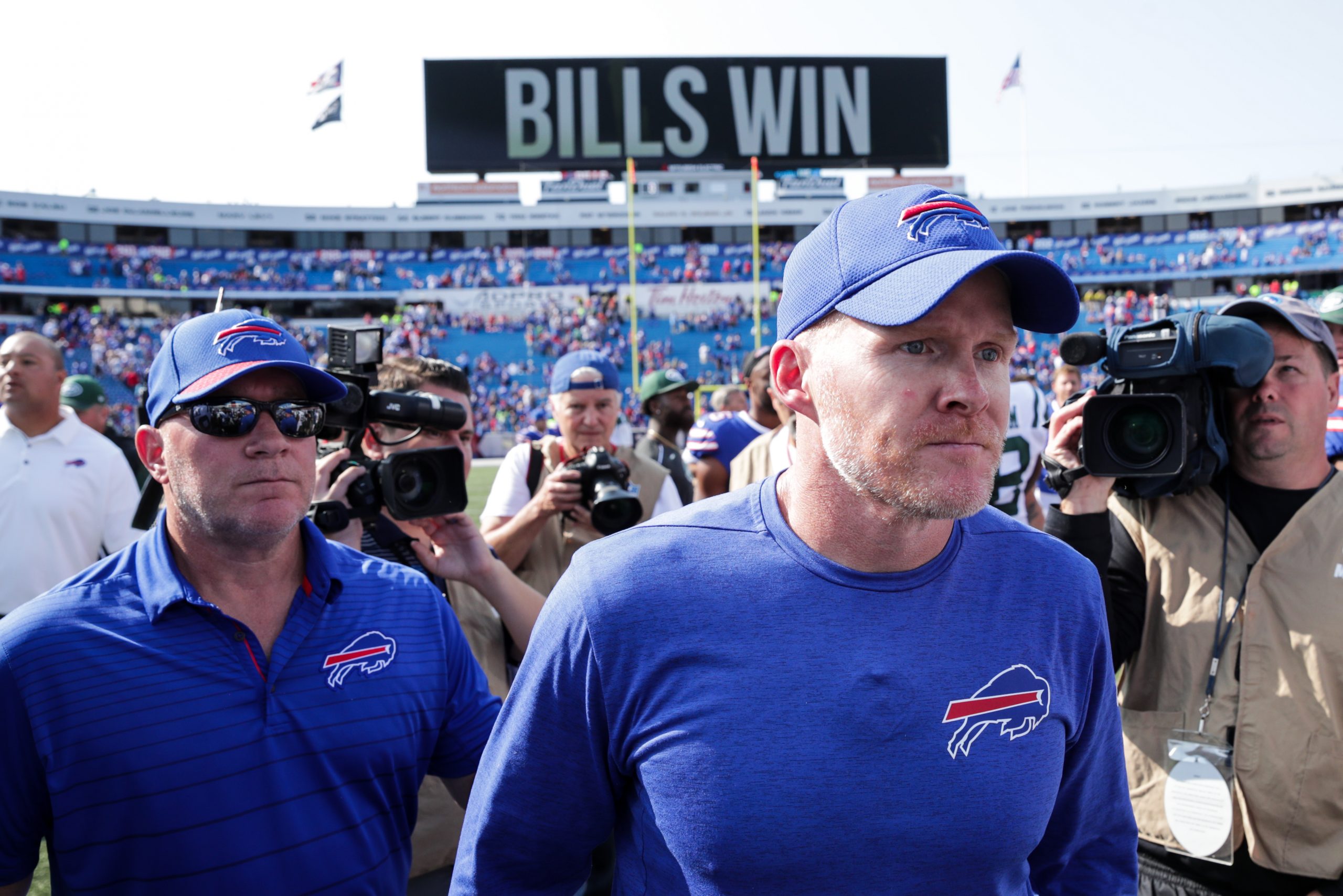 The last time the Bills were in the playoffs, I was a freshman at Pitt, watching the game with smug assurance the run the playoffs would continue against Tennessee.

17 years later I’m a lot less sure about most things – with the exception that I’m amazed so many people have hung on like this. The Bills have a simple mission – win against the Dolphins. Everything else is out of their hands. Y’all know how I feel about that SD game – and this isn’t the time to rub Troops and company’s nose in it. They can still get in the playoffs despite jettisoning top players, benching their starter mid-race and at no point owning up to the folly publicly.

If and when the Bills get to the playoffs, if the final game I see Kyle Williams and Tyrod Taylor as Bills is a playoff game (or dare I say a Super Bowl? – even I’m not that crazy.) I’d say that’s time well served for Kyle and a heck of a feather in Tyrod’s cap.

But enough of me, here’s what the staff thinks. Happy New Year folks!

I was in eighth grade on January 8, 2000, a somewhat mild Saturday afternoon in Western New York. High school and college were still to come and a wife and kids, (which I have now), were not even a consideration at all. I watched that game at my friend Corey’s house down the street. I haven’t seen him in probably 16 years. I rode my bike back to my house after the Music City Miracle unfolded. My first car was still four years away and I am currently on my third vehicle since earning my license in 2004. I was greeted at my house by my 10-year-old sister, who has since graduated grade school, high school, college, and grad school, moved to Massachusetts, and is currently in the process of saving up for a house with her fiancé. I remember watching the news during dinner with my family that night and a reporter was sent to interview Bills fans watching the game at Damon’s on Sheridan Drive in Williamsville, That restaurant closed 12 years ago.

You get the point.

After all the years of frustration and losing, poor coaching hires and draft-day misfires, perhaps the time has come for the Bills to finally make the playoffs. Sure they need help to do it, but we are here staring at clinching scenarios for the first time since the nightmarish ending to the 2004 season. Our identity as Bills fans might change come Sunday night.

Come on, Bills. Come on, Bengals. It’s time to end the drought. It’s been too long and it’s time to remove this distinction that hangs over the franchise.

Unfortunately, I think too many things have to go right to get what we want on Sunday. I can’t even trust the Bills, who have won two road games all season, to go to Miami and win their game. I think this ends appropriately with the Bills losing and starting the talk that will continue all spring and summer about Tyrod Taylor and The Nathan Peterman Game. You can all feel the Bills getting the help they need and losing their own game, right?

I guess we can say it’s a win that in that Buffalo is playing in a meaningful game in week 17 since Drew Bledsoe and the Bills lost to the Steelers back-ups.  I do think Miami poses a challenge and that Kenyon Drake will run for a lot of yards on Buffalo.  However, Miami looks like they packed it in last week.  I think Buffalo only loses this game if the put too much pressure on themselves.  I can’t wait to read all the “The Bills started Peterman against SD” articles (congrats Ringer for having that ready to go).  The thing is, if you want to be mad about a game, the Bengals should be first, closely followed by the Panthers and Jets.

I think Buffalo comes out and actually takes it to Miami sending Jay Cutler into retirement again.  Buffalo 31 Miami 17.  the bigger question is will Buffalo make the playoffs.  If we look at the three other games that matter, I like Jax over Tenn.  Marrone has already said the starters will play as long as the outcome is in doubt.  Tom Coughlin is in the front office of Jax, and he has repeatedly said that not resting the starters in week 17 is the reason the Giants beat the Pats in the Super Bowl.  In the other game that matters on this side of the bracket, I have New LA over Old LA.  The Raiders have some talent, and the Chargers are capable of putting up a real stinker, but the Raiders looked like a team not interested in playing last week, and there are reports Del Rio may be fired.  When you hear this kind of stuff, I always pause and wonder what type of effort you will get.  That ends that route to the playoffs.

The easiest route is simply hoping the Bengals can upset the Ravens.  The Ravens are nothing special. Joe Flacco is among QBs playing much worse than Tyrod.  If you watched last week, this team struggled to beat Indianapolis.  Baltimore is banged up, as they lost their best CB for the season a few weeks ago, and Jeremy Maclin is likely out.  Cincinnati still has AJ Green, and I am hoping that since this is Marvin Lewis’ last game after a long stellar career that the Bengals will maybe play a bit for him.  I expect a very close game, but at the end of the day, I just wonder if things start to go against the Bengals if they will just pack it in.  I have Ravens over Bengals and the drought continues.

I think that the Bills will end up in a winning season, which would be an impressive achievement for this staff. No make no mistake though, I don’t think by any means that this will be an easy game. I think they will make us suffer… First half will be horrible and they’ll finally pull it through. And no, I’m not talking about a Peterman comeback!!

As for the other games, I can’t see the Bengals or Raiders doing us any favors… But if they do, there’s no way I’ll receive the new year conscious!!