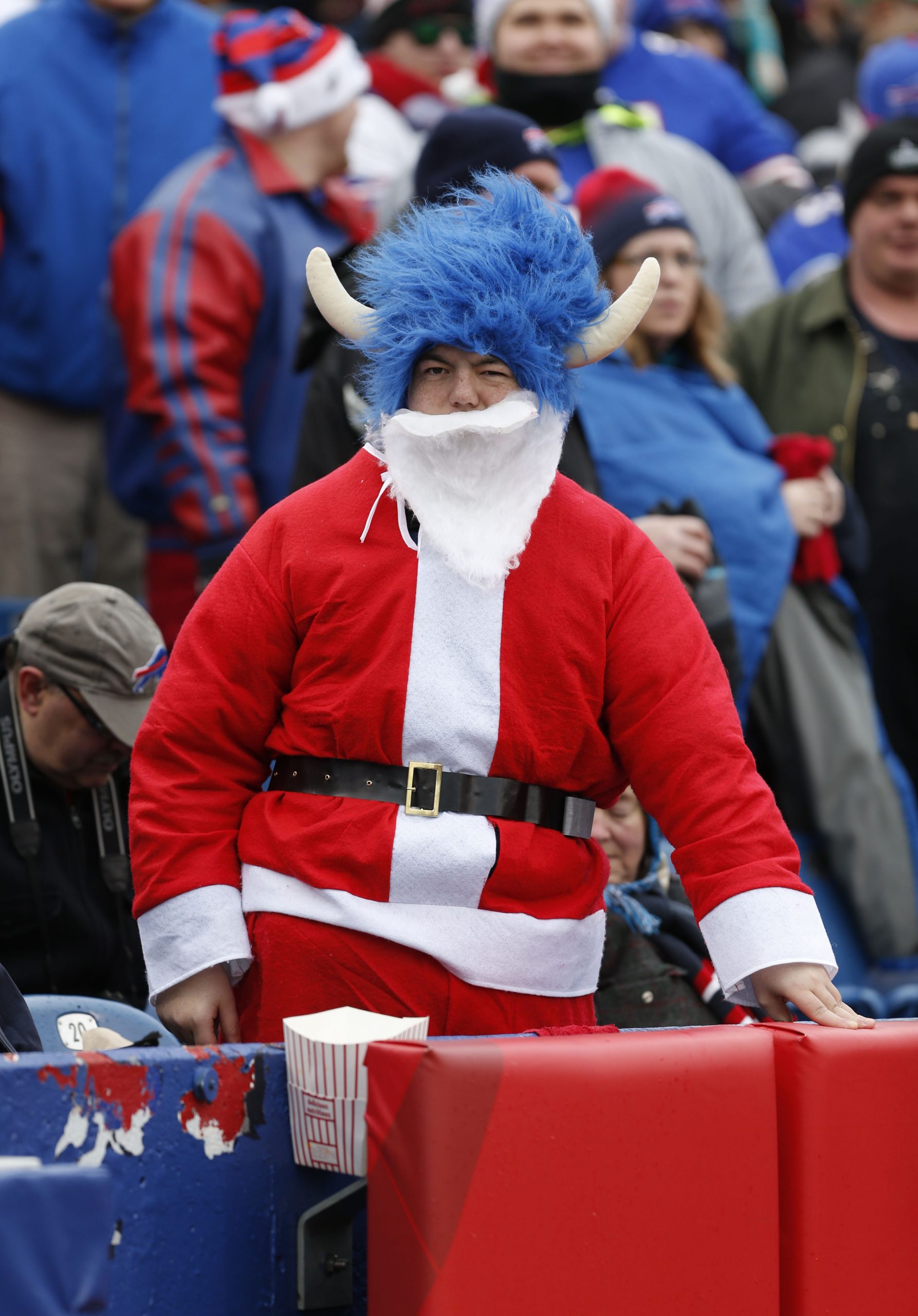 Happy Holidays and best wishes to you and yours in 2018!

The Buffalo Wins staff has been feverishly studying tape and grindin’ bro – so I think we’re ready to predict Bills – Pats. Ultimately, with help this is my ultimate “sim to next game” week, so I’m blissfully content however it may fall.

While I’m still doing a lot of background stuff #onhere, I’ll be providing some draft related content once the season ends (hopefully, after a Super Bowl victory by the crew!) and off-season thoughts, as I feel I have the time to give a good shot to it.

What about the rest of the crew? Dear reader, look below!

This would be one of the monumental victories in franchise history if the Bills go to Foxboro and beat the 11-3 Patriots to move to 9-6 and put themselves in the driver’s seat for a playoff spot. It’s probably not going to happen.

The Patriots are the premier team in the AFC, if not the entire league. The Bills are having a nice season, but they are overachieving a bit and, I’m sorry, just not in the class of the Patriots or other top teams in the league.

With that said, the Bills have actually won two of their last three games at Gillette Stadium (hahaha yeah kill me). The Bills have never won at Gillette Stadium in a game started and finished by Thomas Edward Patrick Brady. In fact, their last win in New England in a game started and finished by a Patriots starting quarterback not named Jacoby Brissett was December 26, 1999 (of course 1999). That was a 13-10 overtime win in which Drew Bledsoe started the entire game for the Patriots, going 10-21 for 101 yards. So there’s not really a track record here to hang your hat on if you’re the Bills.

If the Bills somehow win this game, the fans should greet the team plane at Prior Aviation on Sunday night. It would be incredible. It is also highly unlikely. Brady and Belichick would love nothing more than to rip out the guts of each and every Bills fan on Christmas Eve. The season will come down to New Year’s Eve in South Florida next week. Good luck. Patriots 25, Bills 19

I’ve had a rough few weeks, as the Bills have thankfully played well and won their games.  The bets news is that next week means something.  That is also important because I give the Bills no chance to beat NE in Foxboro.  NE isn’t the invincible team they have been the last few years, but unfortunately the Bills are not the type of team that can do anything to take advantage of that.  You can score on NE, I’m just not confident Buffalo can.  There will be lots of scoreboard watching as pending the results of some other games, Week 17 could get to “win and in”.  That’s what we should be hoping for.  Obviously a win here helps, but I just don’t see it.  NE still has home filed to play for so I don’t expect them to let off the gas for any reason. NE 31 BUF 17

I think this one stays close throughout, just to twist the knife a little bit more before a series of McDermott / Dennison miscues sink the team in the 4th quarter. Shady should be able to run wild early on, the defense will frustrate Brady for a bit, but in the end, Brady hits Gronk for a dagger touchdown to put the game out of reach. The world is a cruel, cruel place.

I’m the staff leader in predictions and I felt tempted to predict a Bills win… I can afford that luxury. And I even dreamed that the bills win in a final Hauschka FG!!

But… It’s the Patriots with Brady. Even though I think Brady isn’t at his top level right now, that fucker always finds a way to beat us. I don’t want to be heart broken tomorrow and compromise my Christmas eve, so I’m preparing for the worst. I predict that our offense will be putrid again and that Gronk will have a monster game since our guys will be with that chip on his shoulders.

Hopefully, I’m wrong and our bills will pull a big upset. Hopefully…