Blaming Connor McDavid and Leon Draisaitl Is a Fool’s Game 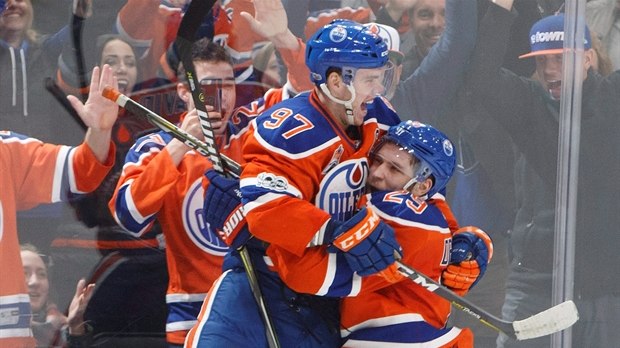 There are three things that are certain in life. Death, taxes and Edmonton’s “mainstream” media taking the team’s best players to task for issues out of their control. It’s been over a year since Connor McDavid or Leon Draisaitl was blamed for the struggles of the Edmonton Oilers. That drought came to a dramatic end on August 11th thanks to a familiar suspect.

Sportsnet’s Mark Spector published a piece on Sportsnet titled “Oilers need more defensive leadership from McDavid and Draisaitl“. In the piece, Spector correctly points out that there are many areas for the Edmonton Oilers to fix in the wake of their best-of-five Qualification Round disaster against the Chicago Blackhawks. These areas don’t take a P.I. to discover.

Spector followed that correct point with something that has become all too common. Edmonton journalist sees disappointment and cannot resist calling out top players.

Here is what Spector wrote.

And what he also knows is this: You can improve them all and it won’t matter a bit — until Connor McDavid and Leon Draisaitl have their Steve Yzerman moment.

We’re not blaming a four-game loss to the Chicago Blackhawks solely on the two Oilers that finished one-two in the NHL’s scoring race this season.

We are, however, saying that an Oilers team culture is set by a pair of leaders who had 207 regular-season points between them and were a combined minus-13. A pair that combined for 15 playoff points and a plus-2, while Patrick Kane had four points and was also plus-2.

Where should we begin?

How about that McDavid led the entire NHL with nine points (5 g, 4 a) during the Qualification Round? How about the fact that he was also +1? It’s the worst and most outdated stat in the book, but Spector used it so we will play along.

How about Leon Draisaitl? The Hart Trophy candidate scored six points (3 g, 3 a) in four games and nearly willed his team to a Game 3 victory. That victory, by the way, was partially spoiled by a lost shift by Zack Kassian and Riley Sheahan that led to Matthew Highmore’s tying goal. Neither player is mentioned once by Spector.

Koskinen’s .889 save percentage was also miles better than Mike Smith’s pitiful .783 SV% performance in Game 1. Not a single damn mention of either goaltender in Spector’s piece. Again, mind-boggling.

There are plenty of reasons why the Edmonton Oilers lost this series. Their goaltending was absolutely horrid. Their defense failed to clear the front of the net far too often, leaving Blackhawks forwards available to tip point-shots at will. Board battles? They rarely won them.

Intensity? It lacked throughout the lineup. What happened to Kassian, the power-forward who made a difference in the 2017 playoffs and who was a wrecking ball in the exhibition against the Flames? He wasn’t a non-factor in this series. No, he was a liability. It was out of character for Kassian to be totally invisible. No intensity, no push.

How about Nurse? The emotional leader and steady second-pairing defenseman was arguably the Oilers worst player in this series. He made a mistake a shift it appeared, was soft on the puck and completely lacked intensity.

Credit to Nurse, he owned it on Friday when the Oilers lost. It’s a learning experience for him. He’ll need to be a lot smarter with the puck, however, moving forward or his $5.6 million ‘bridge’ deal will be the last real payday he gets in this league.

People rip on Oilers fans for “being too hard” on players. They claim it’s the reason players won’t come to Edmonton. I’m from Boston. Oiler fans are like Candy Land compared to the pressure cooker markets like Boston, New York and Philadelphia.

You want to know what the difference is? When things get tough, the attention turns directly to the best players. They get blamed. They aren’t doing enough. They need to change. Never are the actual issues dove into or broken down. No, that would take work and wouldn’t fit the running narrative in Northern Alberta.

Yes. McDavid and Draisaitl need their ‘Yzerman Moment’. They need Chris Osgood to walk through that door. Nicklas Lidstrom, Sergei Federov and Brett Hull too. Brendan Shanahan wouldn’t hurt either. And hell, Slava Fetisov too.

If that’s the moment you’re referring to Mr. Spector, then I agree wholeheartedly.