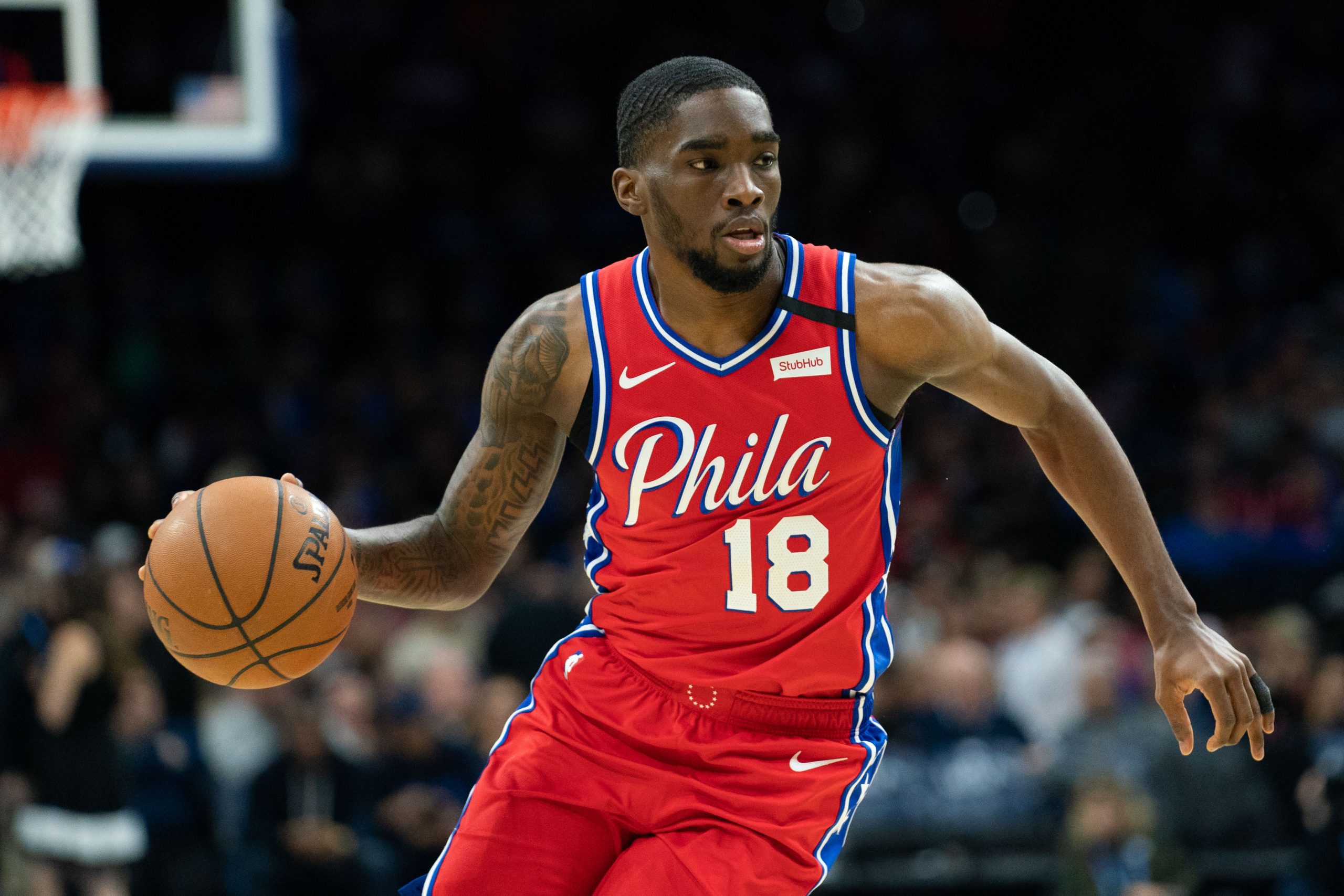 Throughout this season, the Philadelphia 76ers have had five developmental prospects split time between the NBA and the Delaware Blue Coats of the NBA G-League.

Last week, the team announced that they signed big man Norvel Pelle for the remainder of the season to a standard NBA contract, following his two-way contract expiring. In a corresponding move, the Sixers waived former second-round pick Jonah Bolden.

Last Thursday, 2019 second-round pick Marial Shayok made his NBA debut in the team’s 112-101 loss to the Milwaukee Bucks. During his seven minutes on the court, Shayok knocked down a three-pointer from the wing.

That being said, let’s take a closer look at all five players who have shuttled between Philly and Wilmington:

The 2018 first-round draft pick has displayed athleticism and outstanding defensive ability this season with the Blue Coats. Smith often defends the opposing team’s best player but can cover multiple positions on the floor.

This season, the former Texas Tech standout has a defensive rating (DRtg) of 105.8 and a defensive rebounding percentage of 8.9. Both numbers are an improvement from his rookie season, where he posted a DRtg of 109.9 and DREB% of 7.6.

Smith has benefited tremendously from the game reps that the G-League provides, specifically when it comes to offense.

“He’s gotten better at driving the ball, and he’s more aggressive getting in the paint,” said Blue Coats head coach Connor Johnson. “He’s relied more on his athleticism just knowing that he’s bigger and stronger. He can jump higher, and he’s going to make plays.”

“In his 20 or 25 minutes that he’s been playing, his offense has been productive. He’s picking the right times and gets better every day with his decision-making. I think there’s lots of room for optimism, and he should be happy about his progression,” Johnson explained.

As previously alluded to, the Blue Coats’ leading scorer made his NBA debut last Thursday and appeared briefly on Friday in the Sixers’ win over the Memphis Grizzlies.

Shayok is an extremely talented scorer, who can convert catch and shoot opportunities or create his own offense.

This season, he is averaging 23.3 points per game, which ranks third in the G-League. Shayok is also shooting 45.9 percent from the field and 36.4 percent from three-point range.

“The Sixers are trying to get him up when it’s convenient for him to stay with the rhythm of what they’re doing. He’s played well for us and scored at a really high level,” Johnson said. “They’re very pleased with his development, and this is good for him to spend some time there.”

Pelle’s coveted shot-blocking ability led to the 76ers signing him for the remainder of the regular season. In 2013, Pelle was a member of the Delaware 87ers, before spending a few seasons overseas.

Nevertheless, Pelle returned to the organization last year, playing in the summer league, and then with the Blue Coats. After an impressive 2018-18 campaign, the Sixers signed Pelle to a two-way contract last summer.

Pelle made his presence known right away in the preseason, where he delivered a five-block performance in the fourth quarter against the Detroit Pistons.

The 6-foot-10 rim protector made his NBA debut on Nov. 29 against the New York Knicks, where he recorded four blocks.

Milton has spent the least amount of time with the Blue Coats, appearing in only six G-League games so far this season. The combo guard has seen his role with the Sixers increase heavily since late January with more starts and minutes than he had previously seen.

After making his first NBA start on Jan. 26 against the Los Angeles Lakers, Milton scored a career-high 27 points against the Atlanta Hawks a few days later.

There were hardly any positives for the Sixers yesterday, but Shake Milton having a great game was one of them.

He got to the rim, worked well with Embiid and Simmons, and was confident from 3 pic.twitter.com/D8vIsFCnVY

This season, Milton has split time between forward and guard spots with the Blue Coats which is a positive development in his overall growth.

Bolden spent a large majority of this season as an assignment player with the Blue Coats, before being released late last week. In 14 games with Delaware this season, he averaged 11.6 points, 6.9 rebounds, and 3.3 assists in 24.7 minutes per game.

However, the former 2017 second-round pick was never able to make his way into the Sixers’ rotation.

He is still young and has a lot of upside to his game. Bolden is a respectable shooter for his size and can find his way into the paint easily.

Nevertheless, it’s likely someone will give Bolden another opportunity to showcase his talents either in the G-League or at the end of an NBA rotation.