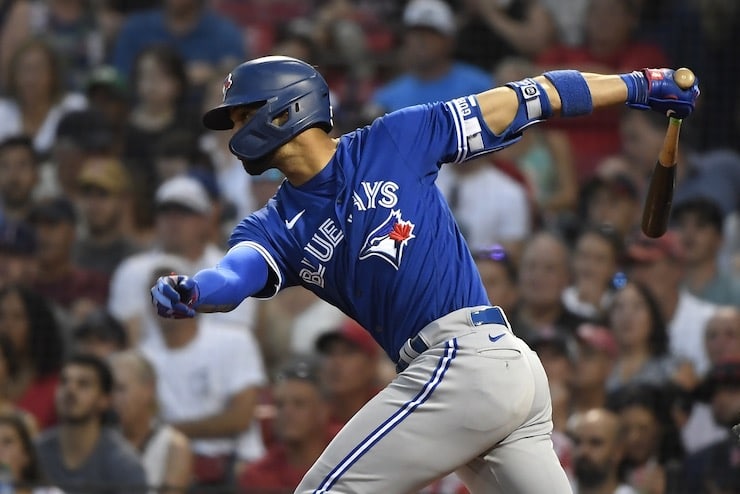 The Toronto Blue Jays put on a masterful offensive performance over the weekend at Fenway Park in Boston, Massachusetts. They scored 40 runs against the Boston Red Sox, the most runs the Blue Jays have ever scored in a three-game series.

A major reason for the Blue Jays’ weekend success is because of what they were able to achieve as a team on Friday to open the series. In the Blue Jays’s first game after the All-Star break, Toronto set a franchise record for most runs in a game with 28 in a 28-5 onslaught over their divisional rivals.

The Blue Jays’ previous record for most runs in a game came on June 26, 1978 against the Baltimore Orioles. In a game that consisted of 34 total runs, the Blue Jays clobbered the Orioles 24-10. In this game John Mayberry of the Blue Jays hit two home runs and seven runs batted in.

The Blue Jays’ 11-run inning in the fifth inning tied the club record for most runs in an inning. This was the fifth time in franchise history Toronto achieved that mark.

Blue Jays outfielder Lourdes Gurriel Jr. also tied the franchise record for most hits in a game with six. Frank Catalanotto had six hits for the Blue Jays on May 1, 2004 in a 10-6 win over the Chicago White Sox.

Other Two Blue Jays wins on the Weekend

After the historic 28-5 win over Boston, the Blue Jays beat the Red Sox 4-1 on Saturday, and 8-4 on Sunday. In Saturday’s win, Blue Jays starting pitcher Alec Manoah had a quality start as he only gave up one earned run in six innings. In Sunday’s win, Guerrero Jr, had four hits.