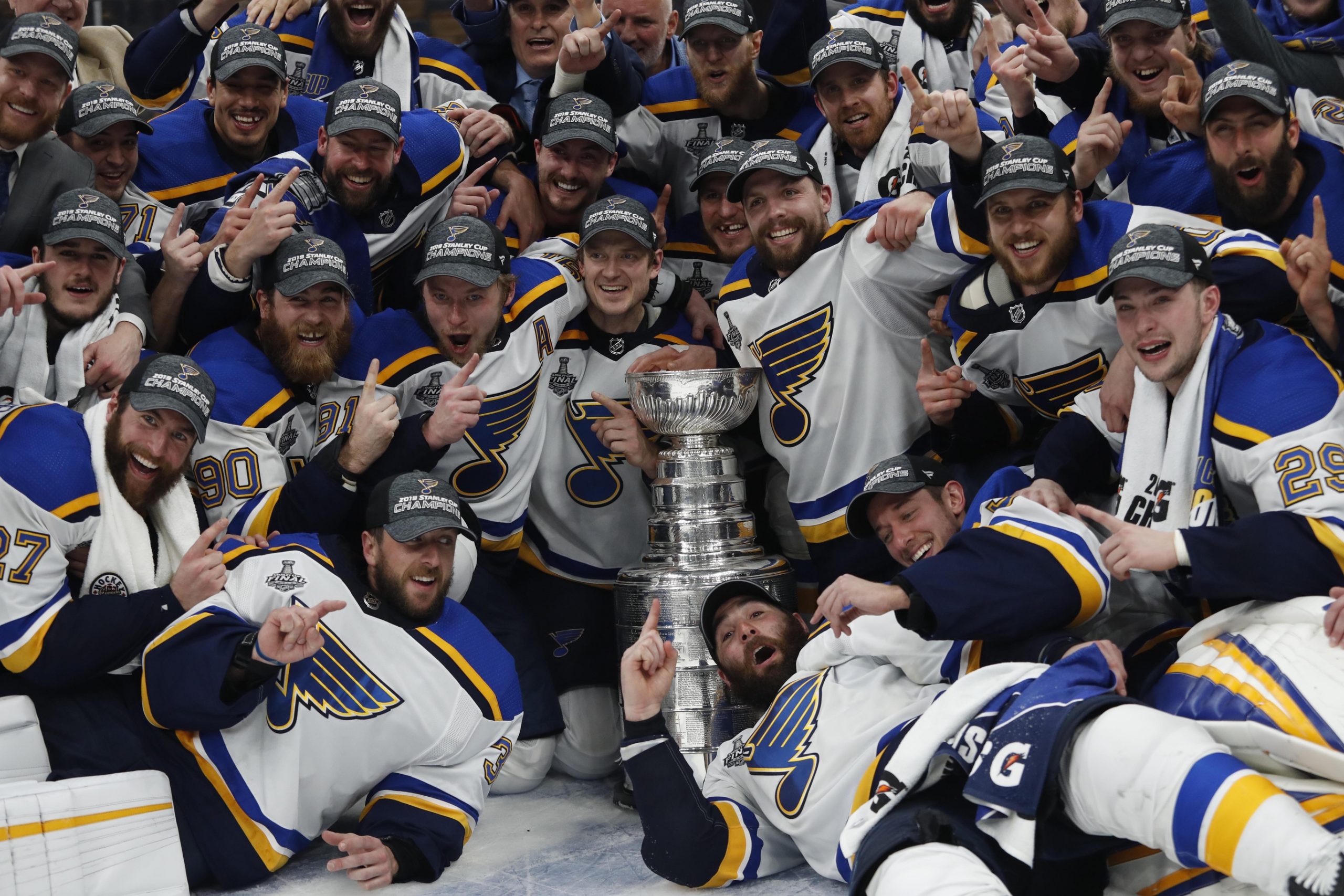 Four St. Louis Blues players and one coach have tested positive for COVID-19. The incident, as reported by STLToday.com, may have been connected to the players getting together at a bar in Clayton. As a result, the Blues cancelled their workouts and new questions have to be asked about resuming the 2020 season.

No details surrounding the severity of the positive Blues cases have been released. But, that doesn’t really matter. What does matter is multiple cases have effectively halted the Blues’ preparations for if/when the seasons picks back up. What if this would have happened after play resumed?

What if a team’s star, or even a top line, was tested positive before the Stanley Cup Final? What if a majority of a team’s players tested positive? These are the questions that don’t have any good answers. This is a totally different ballgame from injury speculation, and it’s the top reason why the season should be cancelled.

How can you award the Stanley Cup in good faith if the wins come over opponents who have to sit out their best players due to a positive test? That possible risk isn’t worth the possible reward that everything could work out fine. That’s not even factoring in the concerns about players’ families and loved ones who could also be exposed, let alone the health of the players themselves.

The NHL has said there won’t be an asterisk beside this year’s champion. That’s silly. There will be a giant asterisk next to a team’s name if the positive tests continue whenever things resume. Besides, the unique format – the one that’s allowing teams that have no right to be in the playoffs a chance to compete – is enough to question the authenticity all on its own.

The Blues’ cases join other teams who have seen players test positive for the virus. Meanwhile, the NHL is trying to create a protected environment – or bubble – to keep everyone safe. Those efforts feel a bit for naught if players aren’t being overly cautious before those league plans are even announced.

As a serious hockey fan, I’d love to see hockey back on my TV. Who wouldn’t? The Blues have a genuine chance to defend their Cup title and put up back-to-back titles. As Blues fans know, those kinds of opportunities don’t happen too often.

But, I don’t want to see the league parading around a spectacle that’s going to be full of holes and issues. The possibility of a Cup contender having to sit out a chunk of their lineup is a real enough concern to warrant scrapping the entire thing. Players are going to have to show more personal responsibility if this thing has any chance of working. That means not going to a public bar when your season is on the fringe of resuming.