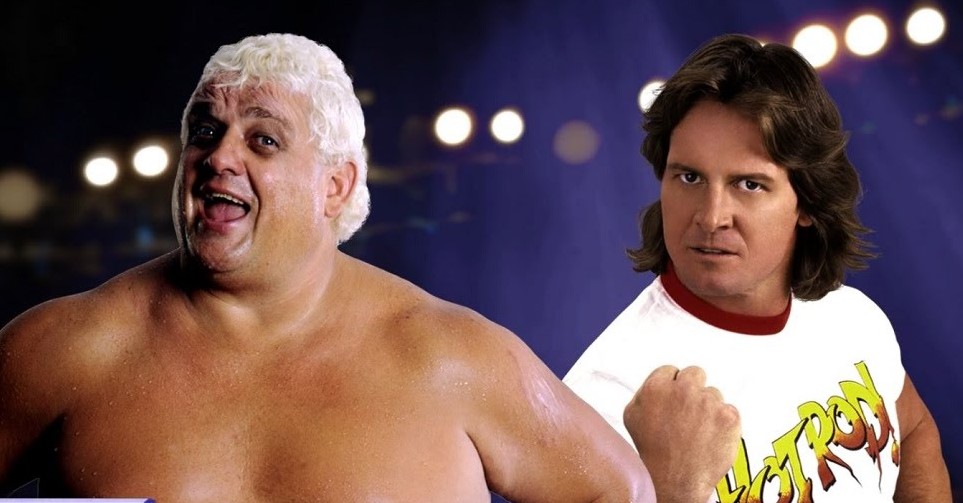 To say the least, times have changed. The arenas are empty, the fans are at home, Roman Reigns is actually in trouble with “the office”! 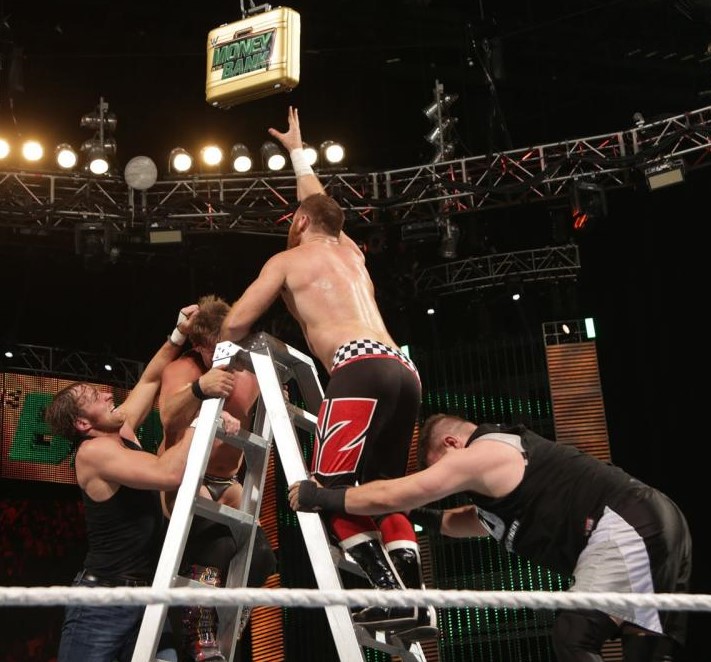 will soon be bringing that glorious briefcase to the ring with them!

This Sunday, both men and woman from Raw and SmackDown will compete in the annual Money in the Bank Ladder match. This year, however, in keeping with the crazy state of the world, WWE is adding a crazy twist.

The briefcase will still be hanging high over the center of the ring…except that ring will be placed on the top of WWE Headquarters in Stanford, CT. After the success from WrestleMania’s Boneyard Match and Firefly Funhouse Match, WWE continues to go “outside the box” to counter the loss of a live audience.

…but we’re not stopping there!

What if ladder matches, particularly the Money in the Bank match, made their debut in the Golden Era – 1989! Yes I know the superstars of the late 80s-early 90s weren’t exactly built for ladder matches but hey, Big Show and Mark Henry have been one so why not? 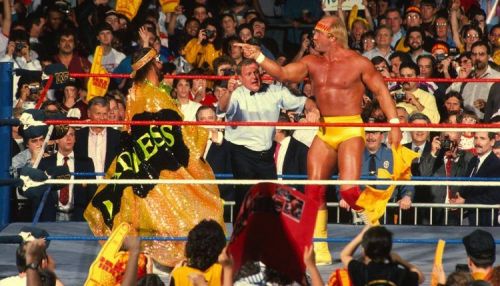 Extravaganza, let’s take a look at the state of the WWF in the spring of 1989. We are coming off the heels of WrestleMania V where the Mega Powers, Hulk Hogan and Randy Savage, completed their explosion. Most of, and pretty much all of the rest of year saw Hogan and Savage go at it. But at this point, we are still days away from the debut of Hogan’s No Holds Barred co-star/enemy Zeus.

Also at WrestleMania, we saw an upset for the Intercontinental Championship as Ravishing Rick Rude, with the help of Bobby Heenan, pinned The Ultimate Warrior. The two would go at it again in August at SummerSlam since that was the next major show after WrestleMania. It would make sense that the rematch would take place at this fictitious show instead.

Because of those two rivalries, these four are NOT going to compete in the Money in the Bank Match. As we have seen a lot recently, the Pay-Per-View a month after WrestleMania mostly consists of WrestleMania rematches and this would be no different. Plus, I personally don’t want to do anything to alter the Hogan/Warrior WrestleMania VI main event. If Warrior were to win Money in the Bank (which probably would have happened with his momentum at that time) I would think the decision makers would look a different opponent for Hogan in Toronto.

So that begs the question, if not them, then who? Let’s take a look at who I would see taking part in the six-man ladder match and why they would/would not win the match and take home the briefcase!

WHY HE WOULD WIN – Right around this time, we started seeing the vignettes of The American Dream being a gas attendant, pizza man, garbage 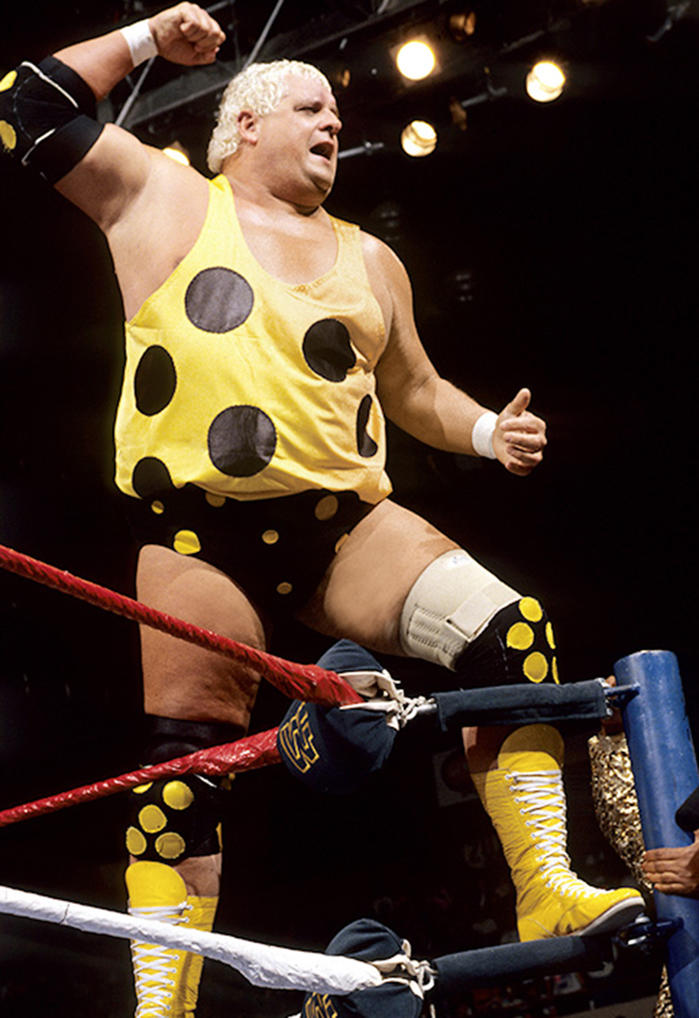 man – just being a common man! This match would be a great way to debut Rhodes. Remember, national the NWA was still predominantly a southern promotion, many in the WWF territory didn’t really realize that Rhodes has spent the previous 10 years as one of the biggest stars they had! Grabbing the briefcase would be a great way to introduce him to what would come to be known as the WWE Universe!

WHY HE WOULDN’T WIN – Vince’s decision to not have Dusty win would be two fold. First, when Rhodes came over to the WWF, he was leaving a situation in the NWA where he had so much responsibility both on and off the camera. McMahon wanted to keep the load off of The Dream’s shoulders. Second, and probably the more likely reason, if Vince didn’t create you in that era, you really didn’t have too much of a shot!

WHY HE WOULD WIN – I always considered Bad News one of the more underrated heels of the era. Simply put, with the influx of talent in that era as 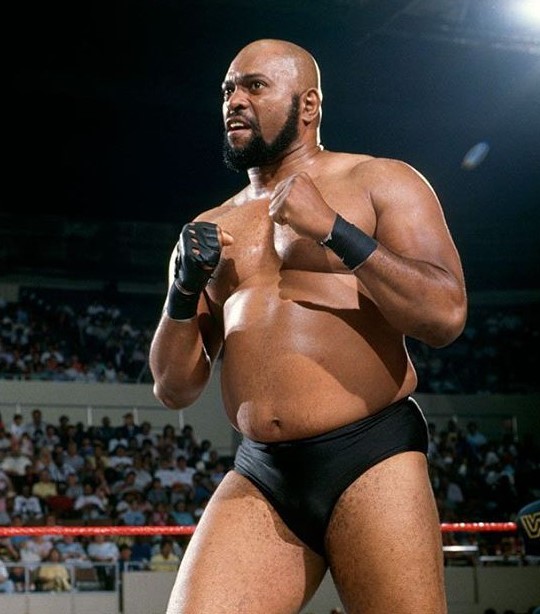 heels it was hard for Brown to leap back up to the top spot where it seemed like he was moving towards just a year before. Winning the briefcase would have been the boost he needed.

WHY HE WOULDN’T WIN – Well, as I said before, there are just too many more options in this era that make more sense. If this match was a year or two earlier maybe, but not this year.

WHY HE WOULD WIN – Watch the shows from this era and see just how big a crowd favorite Beefcake was! If it wasn’t for his 1990 boating accident, who knows how far the struttin’ and cuttin’ would have gone. Along with that, him winning could have made the best booking decision – follow along… 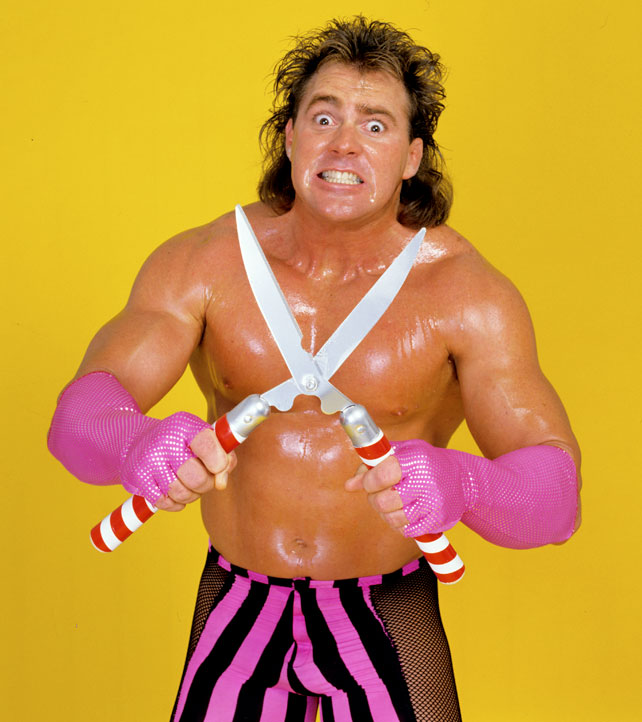 of 1990. On a Saturday Nigihts Main Event, Beefcake teams with the new WWF Champion Ultimate Warrior to beat, I don’t know, let’s say Rude and Mr. Perfect – doesn’t matter who. While celebrating after the match, Beefcake turns on the Warrior and puts the Sleeper Hold on the champ! When he’s out, Beefcake grabs a ref, covers the Warrior and wins the WWF Championship!

This leads to months and months of a confusing and question filled relationship between best friends Beefcake and Hulk Hogan. Beefcake gets fed up with Hogan never fully appreciating what he did to get the title, attachks Hogan, and leads us to the main event of WrestleMania VII!

WHY HE WOULDN’T WIN – Beefcake is about the spend the rest of the year helping Hogan defeat the team of Randy Savage and Zeus. Beefcake having the briefcase with him for all of the matches would take some of the spotlight off of Hogan, and you know we can’t have that in this era! 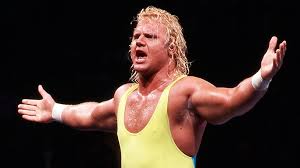 exhibit A! It’s hard to argue that Perfect was one of the best in the ring in the era. Plus, I mean, he’s Mr. Perfect, winning this match would indeed be the Perfect thing to do!

WHY HE WOULDN’T WIN – If for no other reason, Perfect was still pretty new to the company. It just may have been too soon for him to get this kind of a push. And even that reason is a little iffy in my mind!

WHY HE WOULD WIN – When asked who was the best wrestler to never win the world title, Piper’s name is right at the top of the list. It would be the ultimate Piper move to use the briefcase on longtime rival Hogan and take 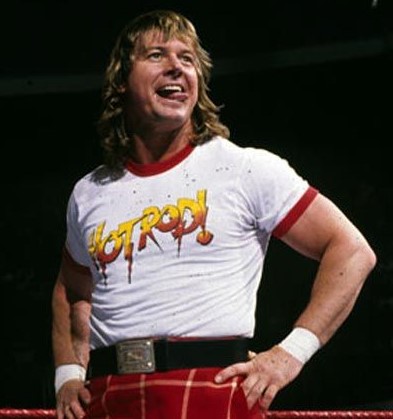 the title that way! The Hot Scot spent the last few years as a fan favorite after being one of, if not THE most hated man in the industry. Imagine the heat if Piper turned on Hogan to finally get his well-deserved title!

WHY HE WOULDN’T WIN – Well, when asked who was the best wrestler to never win the world title, Piper’s name is right at the top of the list! Piper didn’t need the belt for everyone to know that he was one of the best in the business. In fact, a part of me thinks that him having the title would hurt his rebel of the 80s character a bit.

WHY HE WOULD WIN – Does this really need to be explained? Can you really not see why it makes sense for THE MILLION DOLLAR MAN to win 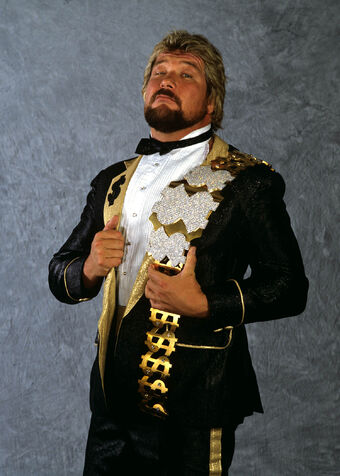 the MONEY IN THE BANK briefcase?? This concept had to have been created with DiBiase’s infamous 80s greed character in mind!

WHY HE WOULDN’T WIN – DiBiase has spent most of 1988 in the top spot including being in the main event of WrestleMania IV. Granted rivalries and programs were a little longer in that era than they are now, it still may be time to give someone else a chance to be at the the top.

SO WHAT DO YOU THINK? WHO WOULD CLIMB THE LADDER AND GRAB THE BRIEFCASE? WOULD YOU HAVE SOMEONE ELSE IN THE MATCH? FOLLOW OUR FACEBOOK PAGE AND LET US KNOW!