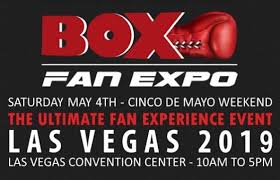 This weekend if you are in Las Vegas and looking for something to do before taking in the big Canelo Alvarez vs. Danny Jacobs fight for the WBC, WBA, Lineal, Ring Magazine and IBF Middleweight World Titles stop by the Las Vegas Convention Center.

As the fifth annual Box Fan Expo will be commencing at the Convention Center on Saturday May 4, 2019 from 10 a.m. to 5 p.m. The Box Fan Expo is looking forward and thrilled to be opening its doors to boxing fans from all over the world as well to all major boxing companies, promoters and industry people during this traditional and special Mexican holiday fight weekend.

At last year’s event, over three thousand five hundred enthusiastic fans from all over the globe had a chance to meet and greet some of their favorite fighters, including current and former world champions, top fighters of today and many of the boxing celebrities. This list included fighters such as Thomas Hearns, Andre Ward, Mikey Garcia, James Toney, Juan Manuel Marquez, Marco Antonio Barrera, Erik Morales, Fernando Vargas, Errol Spence Jr., Shawn Porter, David and Jose Benavidez Jr., as well as Abner Mares, Badou Jack, Jessie Vargas, Zab Judah and many other top fighters who took pictures, signed autographs and celebrated with their fans during Mexican Independence Day fight weekend.

Fans will also can purchase merchandise and memorabilia from certain top fighters and companies involved in the sport of boxing.

The Box Fan Expo is the ultimate boxing fan experience event, which allows fans to Meet and Greet boxing superstars of today, current and former world champions, legends of the sport and other boxing celebrities at their booth. On site, fans will experience different activities from autograph sessions, photo sessions, face off with your favorite boxers, as well as a chance to purchase merchandise and memorabilia from their booth, plus so much more… you won’t want to miss this must-attend Expo!! 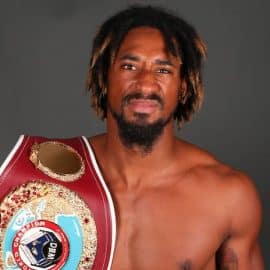 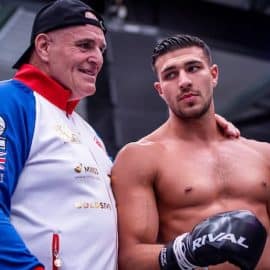 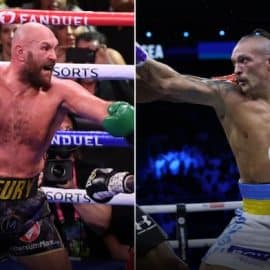 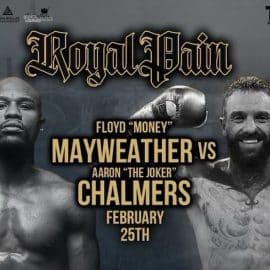