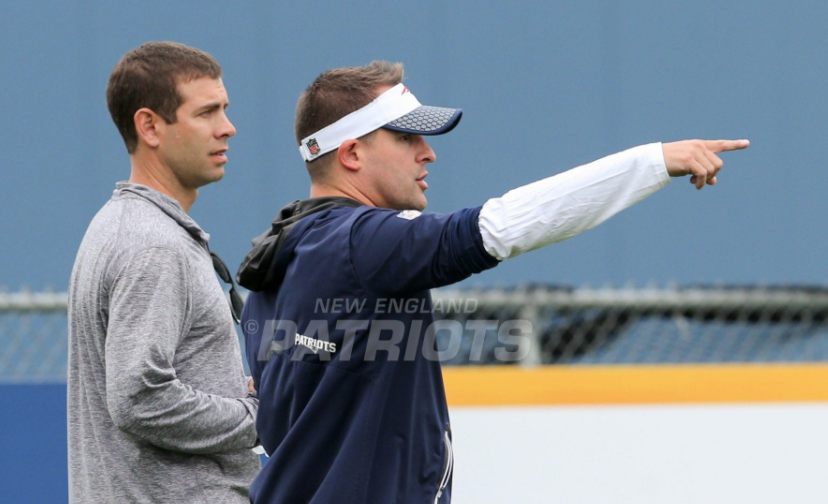 The Celtics are trying to figure out something the Patriots have managed to accomplish for a pretty long time: how do you deal with a roster full of guys who have a rightful claim to meaningful minutes?

Josh McDaniels and Bill Belichick have had to manage the egos of all sorts of players over the years, and with another apparently loaded roster full of offensive talent, they are going to have to do it again this year. And while having Tom Brady as the quarterback helps a lot, there are still other factors that could make a player unhappy.

Just like we’re seeing with Kyrie Irving, the potential for success isn’t always the panacea for diminished personal statistics. The Patriots are uniquely able to give Brad Stevens some advice on how to integrate different personalities with different motivations into a well-oiled machine.

Stevens, again, is turning to the Patriots to pick the brains of local coaches who have achieved success. It’s something he’s done before and he’ll do again at some point for sure. It goes along with what I’ve been saying for a while about Boston sports… the camaraderie here is amazing. And while I’m sure it’s not unique to Boston, it seems to be closer across sports than most other cities.

Who knows where great ideas will come from. Football is not only radically different on the field, it’s also radically different off it. The players’ union has different protections, the CBA gives teams different advantages, and the roster is so massive that there is a different level of closeness between players and head coach. But humans are humans, and there are parallels to be found across all sports. A different twist on some player psychology could help both teams’ coaches moving forward.

Or maybe Brad had some time on his hands and just wanted to say hi to his buddies and toss the football around. I don’t want to over-think this.