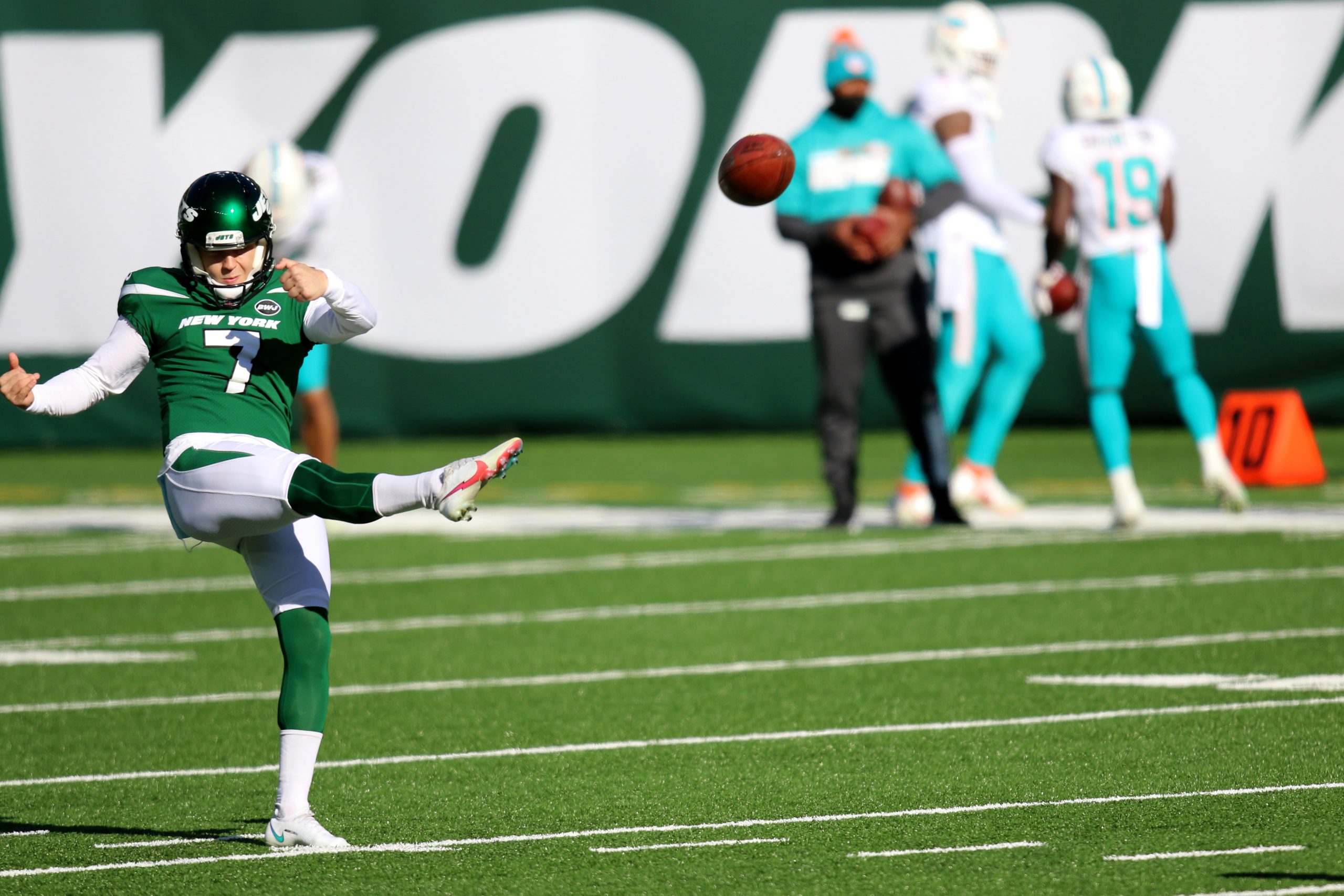 Jets fans may not have paid much attention to Braden Mann in his first season with the team before last week’s game, but they sure know who he is now.

The rookie punter’s numbers are pedestrian, so it’s easy to overlook Mann’s skill set, given how some of the league’s top guys can boot the football, while also pinning their opponents inside their own 10-yard line as well.

And while Mann isn’t a big guy — standing 5-foot-11, weighing 198 pounds — he made use of his small frame in Sunday’s 23-20 win over the Rams, in arguably the biggest play of the game. Mann tackled Rams returner Nsimba Webster in the fourth quarter, on what would’ve been the go-ahead touchdown. Mann was the last line of defense, but he made an exceptional tackle in the open field, helping preserve the Jets’ lead.

Jets fans were not happy about it, as the loss took the team out of the driver’s seat to draft Clemson product Trevor Lawrence. Mann doesn’t really care what they think about him, though.

“I couldn’t care less about the social media reaction, to be honest with you,” he said.

Mann hasn’t tweeted since after the game, with a post that drew mixed reactions from Jets fans.