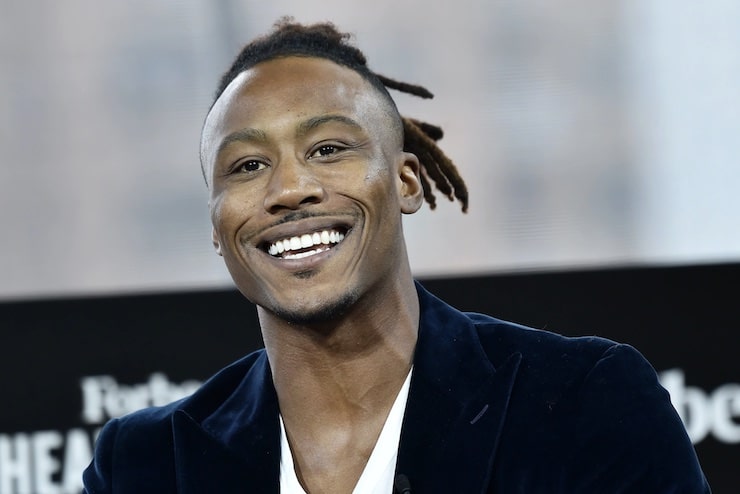 Las Vegas Raiders fans aren’t the only ones who have lost faith in head coach Josh McDaniels.

Former Pro Bowl wide receiver Brandon Marshall went off on McDaniels during an appearance on Up & Adams on FanDuel TV.

Marshall told host Kay Adams, “Josh McDaniels is definitely not suited to be a head coach. Absolutely not. Because he does not know how to lead people.”

The damning criticism comes at a time when the Las Vegas Raiders just dropped their third consecutive game to fall to 2-7, the second-worst mark in the NFL.

Marshall infamously clashed with McDaniels when he was the head coach of the Denver Broncos.

McDaniels sat Marshall for the regular season finale in 2017 due to disciplinary reasons.

Despite having one of the most talented rosters in the league, the Las Vegas Raiders are one of two teams with two wins or fewer heading into Week 11.

A former player under McDaniels, Marshall and McDaniels were together in Denver during the 2009-2010 season.

Given that Marshall has first-hand experience with McDaniels in the locker room, his criticism has some added weight.

McDaniels started his coaching career 6-0 and has gone 7-24 over the next 31 games.

According to Marshall, a head coach needs to have leadership, game day management operations, philosophies and the X’s and O’s but McDaniels is lacking is leadership, the most crucial quality.

Brandon Marshall going off on how Josh McDaniels is a bad head coach and a terrible leader.

I was sitting right next to him and he was going off. I 💯% agree with Marshall. #RaiderNation pic.twitter.com/Zr5jKzpWvd

It was short lived but McDaniels was formerly the head coach of the Denver Broncos.

During his time in Denver, McDaniels was off to a hot start in 2009 with a 6-0 record but the team choked half way through the season. McDaniels ended his coaching days in Denver with a 5-17 record.

McDaniels also made questionable calls by trading a lot of key players.

While the Raiders have a star-studded roster, changes could be on the way in Las Vegas if losing continues.