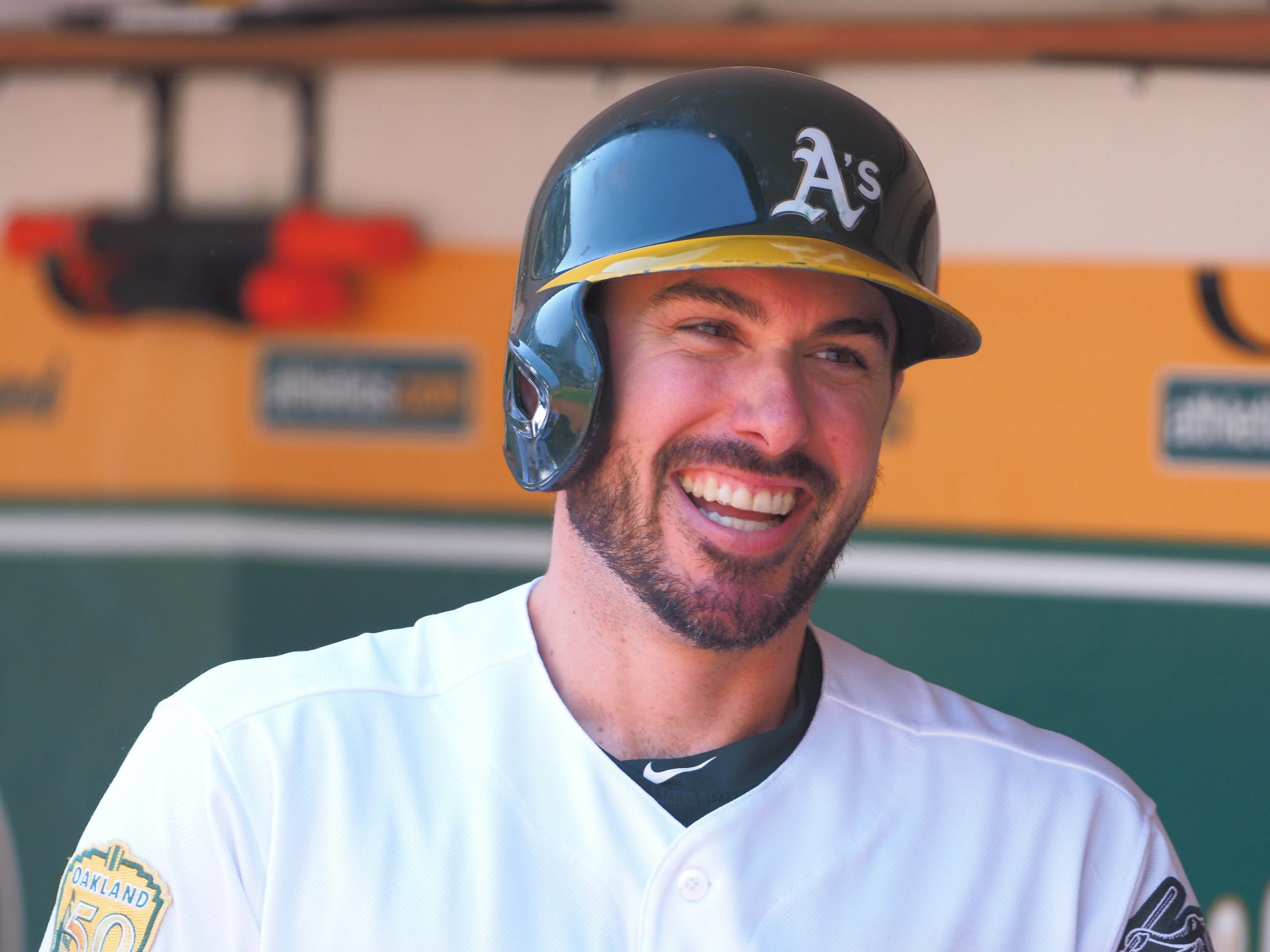 (Edit: Some earlier reports were wrong. The Braves acquired Joyce – rather than he was released and signed with the team. Going to the Giants will be “cash considerations.”)

After a winter where fans were critical of inaction to add depth to the bench and bullpen, the Braves made their second move of the week aimed at addressing these potential issues. First, it was long-time Indian Josh Tomlin, who got the start Saturday and did little to hurt his chances of making the roster. He allowed an unearned run on three hits and a walk over three frames. Tomlin also struck out three Mets and got off the mound before the Mets lit up his replacements.

Getting the start in right field was Adam Duvall, who walked and struck out before being lifted as part of a double switch. Duvall is just 7-for-41 this spring with two homers, five walks, and eight strikeouts. That wouldn’t have hurt him much if not for the fact that he hit .195/.274/.365 last year. That includes managing just a .132 average in 57 PA with only one extra base hit, a double, following the trade from the Reds.

If anyone needed a decent spring, it was Duvall. Yet, because the Braves had passed on every option this offseason to replace Duvall or at least bring in competition, the Braves seemed destined to go with Duvall for the 2019 opening day roster. That destiny was thrown a wrinkle this afternoon after the Braves signed Matt Joyce, who who was cut earlier today by the Giants after also being released on Tuesday by the Indians. Financial terms are not yet available, but we do know it is a minor league deal. Of course, that phrase is a technicality. Nobody is under the assumption that Joyce is headed to Gwinnett – at least not to start the year.

Just for roster purposes, the Braves do not need to make a move to get Joyce on the 40-man roster. Sam Freeman had been designated for assignment and given his release. And as a reminder, Duvall does have an option remaining.

Joyce, who turns 35 in August, has been in the majors since 2008. With the exception of 2016, he’s been a regular in the American League, playing for the Tigers, Rays, Angels, and A’s. His one NL season came with the Pirates three years ago. Joyce had been remarkably consistent, finishing between 1.5 fWAR and 2.7 fWAR seven times in eleven years in the majors. He had a job and he wasn’t half-bad at it.

However, Joyce fell on his face in 2018, finishing only moderately better than Duvall with a triple slash of .208/.322/.353. It was the second time in four years that Joyce looked washed up as he struggled even more in 2015 with a career-worst wRC+ of 60. But sandwiched between those awful seasons was a .375 wOBA in ’16 with Pittsburgh and a .343 wOBA with Oakland the following year. That included a career-best 25 homers in Oaktown.

Back to that one job he fulfilled so well. Even including last year’s off-numbers, Joyce has a .241/.357/.463 slash against right-hand pitching over the last three years. While he won’t impress you with batting average, he makes up for it with a high walk rate and big-power. Again, that was more true in 2016-17 than it was in 2018.

Joyce, like Duvall, hasn’t had a good spring. He’s just 7-for-35 with no extra base hits, four walks, and eight K’s.

Which goes into how weird this was as a move. Every bad thing you can say about Duvall, you can also say about Joyce. Now, Joyce does have a better track record. Duvall, if we’re being fair, is the better fielder. The Braves passed on players who had better recent histories for two corner outfielders who both were left off their teams’ playoff rosters.

Further, if Joyce is to replace Duvall, Joyce gives the Braves no platoon help when the Braves face a left-hand pitcher. With Duvall, the team could have opted to move Ender Inciarte or Nick Markakis to the bench that day. Of course, that was under the assumption that Duvall would, ya know, hit anything at all to stay in the majors. The Braves do have Johan Camargo and Charlie Culberson who could fulfill that role.

But if Joyce bounces back some, he brings some value as a pinch hitter. Now, to be fair, he doesn’t have a great history of pinch-hitting with a career slash of .205/.348/.365. But American League managers don’t use pinch hitters quite like National League managers do or nearly as frequently. During Joyce’s one year in the NL, 2016, he was used as a pinch hitter 81 times – or in half of the Pirates’ games. He hit .220, but on-based .432 with a .221 ISO and four homers. He walked 21 times to 17 K’s. That’ll play.

In the end, Joyce could be a wonderful pick-up. He could also be a low-cost move that doesn’t move the needle any. The refusal to address depth issues during the offseason for the Braves remains. Tomlin and Joyce will hopefully mask that. But like I said on twitter, “who you start the season with on your bench is rarely who you end the year with.” After all…Peter Bourjos wasn’t in the mix last September either.