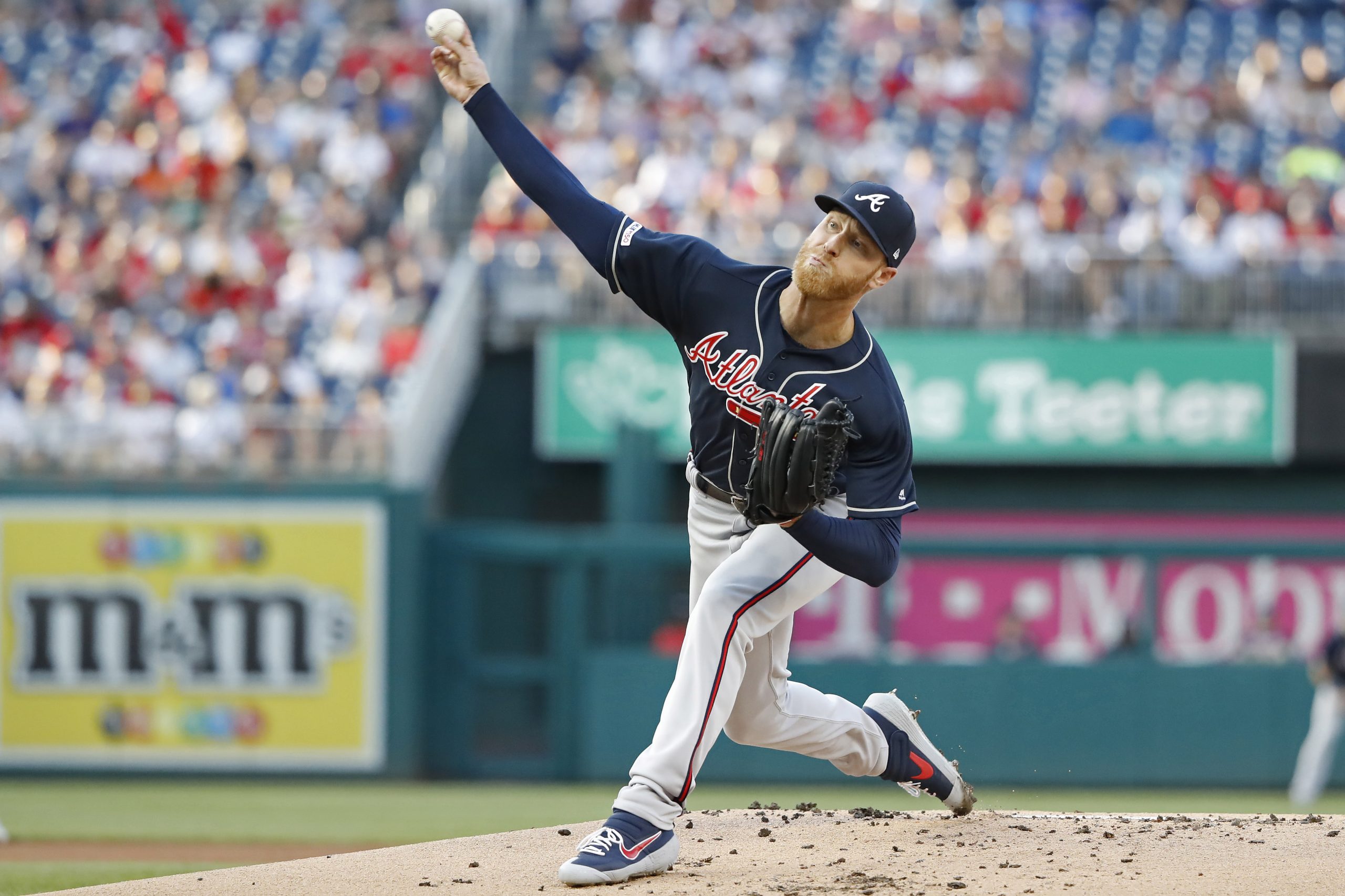 MLB sources report that Mike Foltynewicz, coming off yet another disappointing start, will be optioned to Gwinnett today as the Braves search for answers for their beleaguered rotation. While the Braves have been flying high with an offense that has led to multiple shootout victories this month, the pitching staff as a whole has been good enough with an ERA of 4.08, which is just outside the Top 10. However, a closer look reveals that only six teams have a worse ERA by their starters this month. The NL East-leading Braves have been able to still win 15-of-20 games this month, but 7.45 runs per game is not sustainable.

Foltynewicz’s struggles certainly were not expected as the 2019 season began. The previous year, the former Astros top prospect seemed to take a giant step forward with a 2.85 ERA, backed by new career-bests of a 3.37 FIP, 27.2% strikeout rate, and an HR/9 rate that fell under 1.00 for the first time in his career. The expectation was that, while maybe not on the level of the Max Scherzer’s and Chris Sale’s, Foltynewicz would be a respectable force at the top of the Braves’ rotation as they waited for younger arms to join him.

But that didn’t happen as he hit the medical room in his first spring start with elbow soreness. After essentially missing spring training, he started the Gwinnett Stripers opener and threw five no-hit innings. It seemed like he would be back in the Braves rotation in no time, but three subsequent starts lacked the excitement of his April 4th outing. Worse, each start seemed worse than the last one. But no worries – he was just working on kinks. That’s what rehab starts are for. Don’t look at the numbers. Please don’t look at the numbers.

After returning to the majors on April 27, Foltynewicz struggled woefully over four consecutive starts, allowing at least four runs each time. But on May 19, it seemed like he was starting to get it and look like the 2018 version of Foltynewicz. He limited the Brewers to a pair of solo homers and then cruised against the Cardinals six days later, allowing just an unearned run, striking out seven, and walking no one.

But success has been a rarity since and even when you might point to something and say “there! He’s coming out of it!” the start was full of other issues. Against the Tigers on May 31, he struck out eight batters, a season-high. He also gave up three homers and five runs over five innings. On June 16, he limited the Phillies to one run and struck out six over six innings. He also walked five. More frequently, Foltynewicz was just bad.

There has been a good deal of speculation that Foltynewicz has been pitching through pain. This is certainly a possibility as Foltynewicz has hit the DL previously for bone spurs and started the 2019 campaign with elbow soreness. This was also a worry earlier in the season when his fastball was often 2-3 mph slower than where it was the previous season. To be fair, it has rebounded to its regular levels since that Milwaukee start that has us excited on May 19. But even if he’s not hurt, perhaps his mechanics have taken a bit of a hit as he tried to pitch around pain. I can only say that his release point is fairly close to where it was last year.

However, pitch location has been horrendous. With the exception of his slider, Foltynewicz’s other pitches have, on average, been closer to the middle of the strike zone than in 2018. This highlights the difference between command and control. Foltynewicz’s walk rate is at a three-year low, but too many fat strikes is a bad recipe.

And then, there is the maturity questions. I often fall on the side that believes we make far too much out of Foltynewciz’s emotions. That said, his manager even mentioned it last night. Some pitchers are super-human when they’re mad. Others are fighting themselves with each pitch. Foltynewicz seems to be the latter. It’s hard enough to beat the opposition without getting into your own way.

As I said on Twitter last night, at this point, the Braves have to write off Foltynewicz. That’s not to say he can’t change things and force his way back into the discussion. As a Braves fan, I hope that he does. But the team can’t think, “when Folty is back,” because he simply might not be this year. It could be a lost season that Foltynewicz rebounds from in 2020. For a team with aspirations of being a contender yearly, that gives you hope. For a team with aspirations this season of competing for a title, that’s not all that useful.

What do the Braves do, then? Well, that is much more complicated. In the short-term, they’ll look in-house for help. Unfortunately, the Stripers’ rotation hasn’t exactly been crushing it since the promotion of Mike Soroka. Only one pitcher has a FIP under 4.00 and that’s Bryse Wilson, sporting a 3.79 ERA and 3.95 FIP. His control, which has often left him in his short major league career, has once again been sparkling. However, the arrival of the juiced ball in Triple-A has led to a huge increase in homers from 0.35 HR/9 with Mississippi last year to 1.15 in Gwinnett his year. But Wilson started yesterday and would be on regular rest if he takes Foltynewicz’s turn. The other option is the guy who replaced Wilson out of the pen yesterday, Sean Newcomb. The lefty threw a couple of solid frames and looks ready to re-join the major league roster.

Other options like Kyle Wright and Kolby Allard are also there, though neither inspires a good deal of confidence right now. Wright’s battling to get his ERA under 6.00 while Allard continues to be just good enough to stick around, but not good enough to earn more opportunities. To be fair, some prospect watchers, like the Talking Chop’s Matt Powers, content that Allard does look better than he did in 2018.

The Braves could even consider moving Josh Tomlin to the rotation. Tomlin has a great deal of starting experience as we well know and might bring some stability to the bottom of the staff. Of course, Tomlin has been just okay this year and was horrible last season.

There are definitely options, but the Braves might be forced to look elsewhere for help. Since the middle of May, the Braves have two starters with an ERA under 4.90. Foltynewicz is not their only problem. Max Fried has been suspect since his tremendous early-season numbers and Kevin Gausman was ugly on the mound until he was sent to the IL. Dallas Keuchel replaces one of those three, but the Braves will need more. Not to mention that Mike Soroka is on pace to breeze past his career-high in innings a season after spending much of the year on the IL.

The trade market will develop further next month, but a few teams that have starters to trade – like the Indians and Rangers – might be buyers instead. That limits a market that wasn’t robust to begin with.

Alex Anthopoulos has his work cut out for him. Getting Keuchel was a shrewd move, but it seems unlikely that it’ll be the last move the Braves make to address a rotation that simply is not performing. The offense has been wonderful, but you can’t expect to score seven runs off good pitchers in the playoffs.