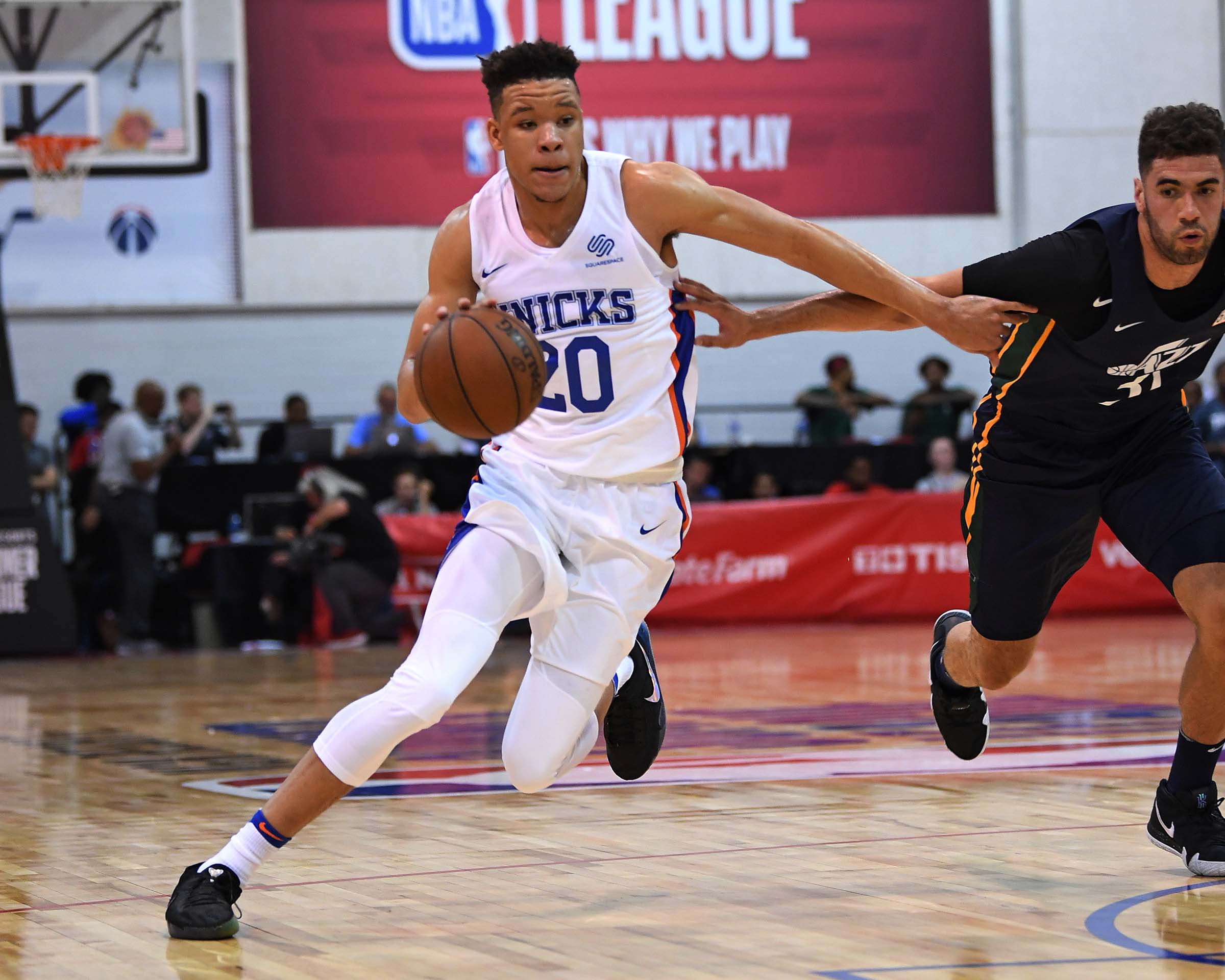 The NBA season is almost upon us and the Westgate Las Vegas SuperBook has released their win projections for the 2018-19 season. The projections has  the New York Knicks at the bottom of the rankings with 29.5 wins.

The projection has to assume that Kristaps Porzingis will miss a chunk of the season, as he rehabs his ACL injury. The Knicks haven’t released an update on their star center. It usually takes between eight and 12 months to recover from a torn ACL.

The Knicks have a roster mixed with young players and former high draft picks who the organization has taken a flier on. Kevin Knox and Frank Ntilikina are expected to take on a significant role and see tons of reps this upcoming season. New York has brought in Mario Hezonja and Noah Vonleh with the hopes they can turn their careers around in the Big Apple. Mitchell Robinson will likely see time in the G League, as he works his way back into game shape and works on his game against NBA-esque competition.

New York is projected to finish with the fifth-worst record under the Westgate projections. The NBA will introduce a new draft lottery system in 2019 with the top three teams receiving the same odds at the top pick. The Orlando Magic, who had the fifth-worst record last season, had a 8.8 percent chance of getting the No. 1 selection and a 26.2 percent at staying in the same spot. Those odds have changed under the new lottery system, which would give the fifth-worst team a 10.5 percent at securing the top pick.

In a way-too-soon 2019 NBA Mock Draft, Jonathan Wasserman of Bleacher Report has the Knicks selecting Indiana guard Romeo Langford with the No 5 pick. Wasserman describes how Langford’s shot creating ability and effortless scoring prowess could fit in the Big Apple.

Next year will mark another key draft for the New York Knicks, who’ll have to capitalize on their next top-10 pick.

After adding Kevin Knox and Mitchell Robinson to join Kristaps Porzingis and Frank Ntilikina, the Knicks may want to take a good look at Romeo Langford, a smooth athlete and effortless scorer.

He’s a quintessential shooting guard capable of creating and making shots from each level.

Langford can come off as overly casual, and he’ll want to demonstrate both playmaking and consistent three-point shooting to maximize his stock. He’ll have a big role and plenty of freedom to fully showcase his exciting offensive arsenal.

New York finished last season with a 29-53 record after the team was projected to win 30.5 games by the Westgate SuperBook.