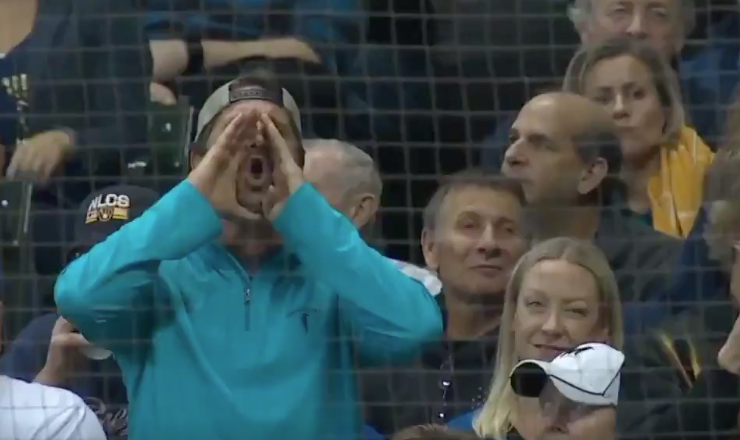 Dodgers slugger Manny Machado is one the most despised people in the state of Wisconsin right now.

Machado was blasted for kicking Brewers first baseman Jesus Aguilar during the later innings of Game 4, essentially trying to hurt or injure him on his way to the bag. Luckily, Aguilar was OK, but he could have suffered a serious leg injury, just because Machado was trying to send a simple message.

And don’t think Brewers fans have forgotten about it, either, which they made very clear during Game 6 of the National League Championship Series at Miller Park on Friday night.

Machado came to the plate in the first inning and faced the opposing fans for the first time, and he was showered with boos from the Brewers faithful.

How Brewers fans welcomed Manny Machado to Miller Park vs. how they reacted when he struck out. pic.twitter.com/BzQ0rGozvF

We can expect more of that in Game 7.