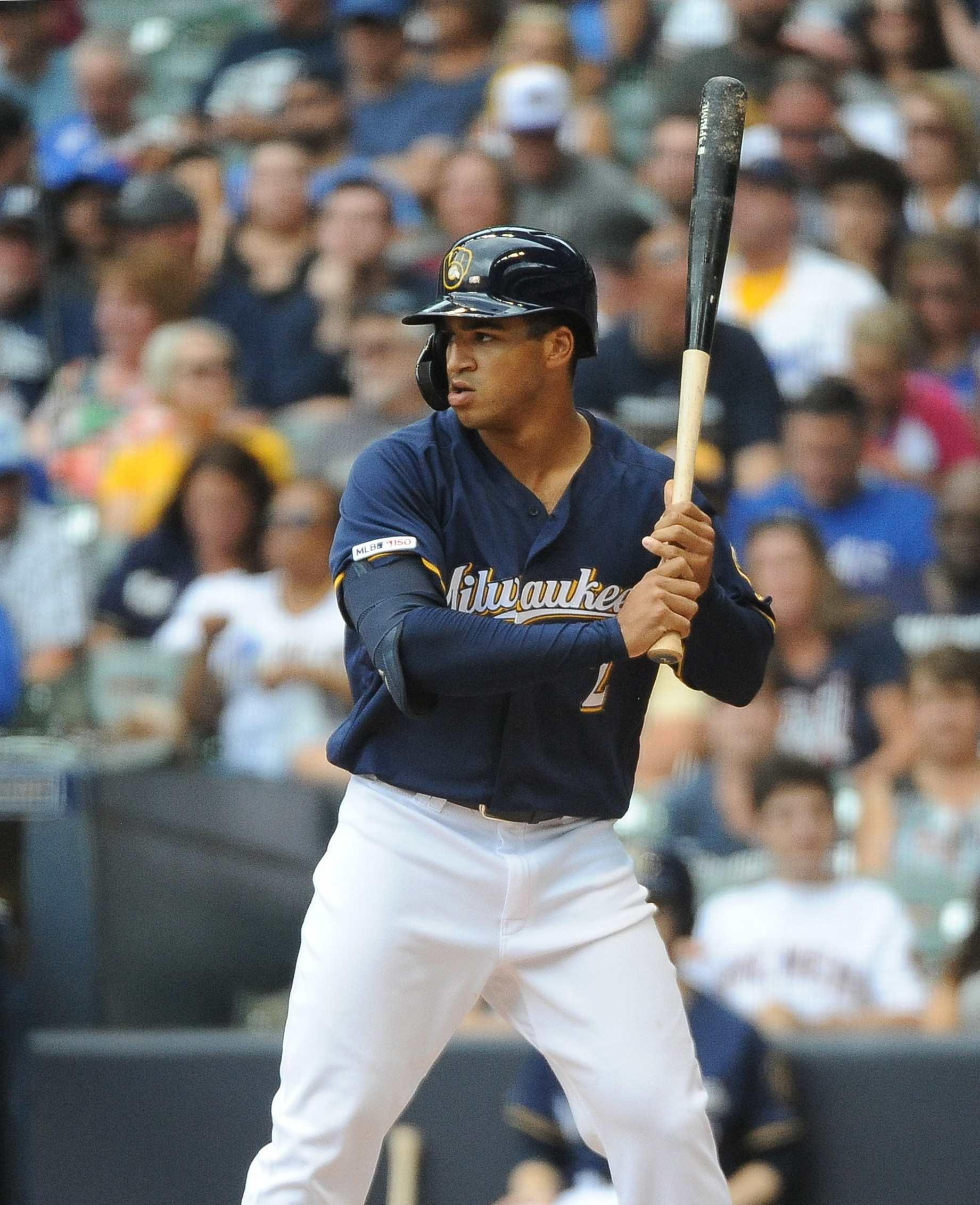 It has only been 11 games, but the Milwaukee Brewers must be absolutely elated with the production of rookie leadoff hitter Trent Grisham of Fort Worth, TX. In his first 11 big league games, Grisham, a center fielder, is batting .314 and has been a catalyst for the Brew Crew as they try to remain in striking distance of the Chicago Cubs and St. Louis Cardinals in the National League Central.

On Wednesday afternoon, the Brewers beat the Minnesota Twins 6-5. Grisham’s hit was the difference as he collected a three run home run in the eighth inning off of Twins relief pitcher Sergio Romo, which also scored Brewers pinch hitter Ryan Braun and shortstop Hernan Perez. The blast put the Brewers in the lead as they were trailing 5-3 at the time.

On the season, Grisham has 11 hits in 35 at bats since his first Major League Baseball game on August 1. He also has six runs, two doubles, two home runs, eight runs batted in, three walks, .350 on base percentage and a .543 slugging percentage.

If there is one possible weakness in analyzing Grisham’s offensive statistics is that he might be striking out too much. In 11 games, he has nine strikeouts, which might be considered high for a player in the leadoff spot where there is an emphasis on the batter getting on base and having quality at bats. Grisham only has two more base hits than strikeouts.

Also in the Brewers win over the Twins on Wednesday, it was a solid game for Brewers first baseman Eric Thames, who collected three hits and two runs batted in. One of Thames’s three hits happened to be a double. Brewers relief pitcher Junior Guerra had two shutout innings in relief and struck out two Twins to improve to a record of six wins and three losses on the season.

There is a three-way battle at the moment in the National League Central. With a record of 63 wins and 58 losses, the Brewers are only one and a half games back of the division leading St. Louis Cardinals and Chicago Cubs. The Cardinals moved into a tie with the Cubs for first on Wednesday after defeating the Kansas City Royals 6-0 and the fact that the Cubs lost 11-1 to the Philadelphia Phillies.