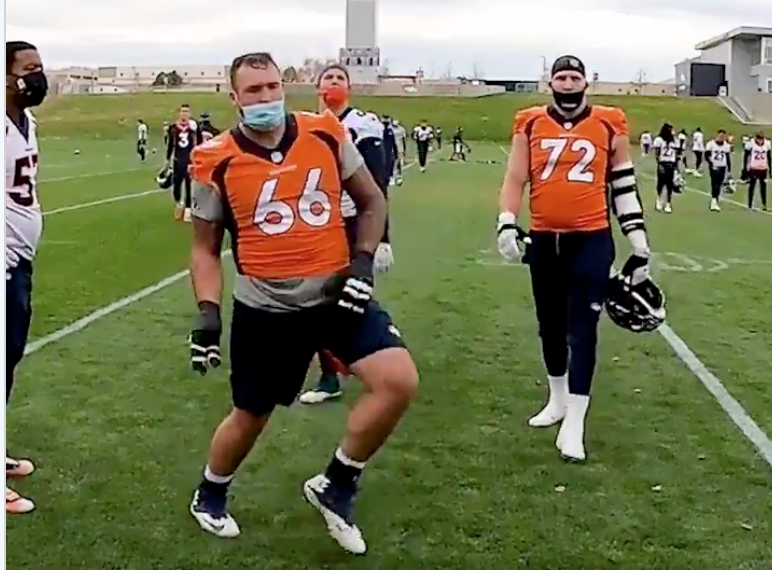 NFL teams will do whatever they can to turn criticism into bulletin-board material, and what the Broncos players recently did is another example of that.

Players will often say they ignore hot takes from the media, but certain talking heads such as Colin Cowherd, Skip Bayless and others have such a big platform that it’s difficult not to hear snippets of what they’ve recently said.

Cowherd recently attempted to burst the Broncos’ bubble, following their thrilling comeback victory over the Chargers on the final play of their Week 8 game. Drew Lock busted out some dance moves on the field afterward, and Cowherd called him out for it.

As for the Broncos, they recently sent a message to the national radio show host by doing exactly what he called Lock out for.

Looks like the Broncos are standing up for their quarterback.