For the Nets, the only way to go is up 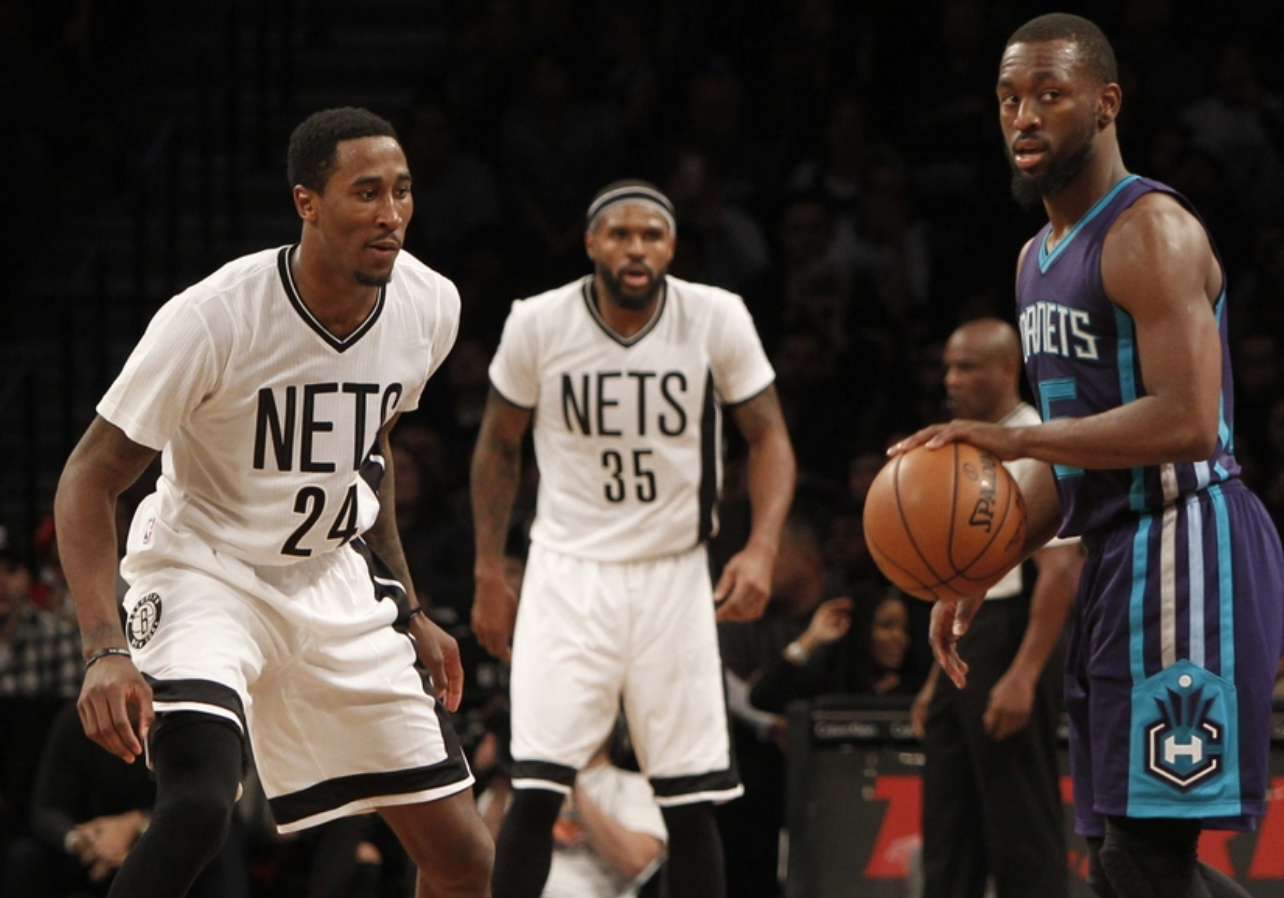 You know those days where nothing goes your way?

When you sleep through your alarm, only to get up and stub your toe on the foot of your bed right before not being able to brush your teeth because you ran out of toothpaste. Then, your car doesn’t start right away and you’re late for work. Because you’re late for work, your boss yells at you, putting you in an even worse mood and making the rest of your day feel like torture. That feeling?

That’s what the past couple of years have been like for the Brooklyn Nets, and it feels like it gets worse every single day.

If you haven’t been following, since signing Yogi Ferrell from the Long Island Nets, the Mavericks have suddenly turned around their season and have signed Yogi to a two-year deal. While the Nets struggle without Jeremy Lin thanks to a point guard-by-committee rotation, Dallas scooped up a starter from right under Brooklyn’s watch.

In the week he has been with Dallas, Yogi has won more games than he did in a month with the Nets. As for Brooklyn, Kenny Atkinson’s team has lost 11 in a row and hasn’t won since Inauguration Day.

We knew this was going to be the “bad” season of the rebuild, just like last year was the “bridge” season. But as the losses pile up and former Nets property blossoms elsewhere, one can’t help but to reconsider the Nets’ lot in the NBA landscape right now.

I have thought about this way too much and I can make one definitive conclusion: this is the darkest possible timeline. Rock bottom. It cannot possibly get worse.

The Lin injury — to Brooklyn’s big offseason pickup — has limited him to just 12 games, and he hasn’t gotten on the court since December 26th. It is a coincidence that the Nets are 1-22 since then? I’d think not. If Lin were healthy for most of this season, Brooklyn probably wouldn’t have the worst record in the league right now.

Then you also have the fact that the Boston Celtics, who just might get the No. 1 overall pick in this year’s draft from Brooklyn, have one of the best records in the league. The Nets’ draft debts to their division rival aren’t even close to paid off either, as Boston will have the Nets’ pick outright in 2018, when it likely will also be a top lottery pick.

With each Celtics win, the first rounder the Nets get this year goes lower and lower, adding insult to painful injury almost every day. Point guard has been Brooklyn’s worst position this season, and the 2017 draft class is brimming with talent at the 1, from Markelle Fultz to Dennis Smith, Jr, and the list goes on.

It’s hard to believe, but maybe the best thing to happen to the Nets this season has been the Knicks, who were called a “superteam” by one of their own players this summer but have fallen out of the playoff picture and recently had one of their all-time franchise favorite players arrested at Madison Square Garden in a bizarre and ugly scene.

Other than, just about everything has gone wrong. I can’t remember many in-game breaks that have gone in the Nets’ favor this year — how can you get superstar calls from officials without any superstars? — while much of the other summer moves the Nets made in a weird offseason haven’t panned out.

What does this tell us? Well, unless Lin’s hamstring issues are chronic, Brooklyn will have at least one reliable and experienced point guard next season. Not having his steadying presence on the court has done terrible things to the Nets’ offense, from a spacing, shooting and turnover perspective. That’s the most important position on the floor, and it has been an overall negative.

The midseason signing of Quincy Acy should solidify backup power forward for the near-future — a certain improvement over out-of-the-rotation Scola and off-the-team Bennett — while the promise of the young core of Rondae Hollis-Jefferson, Isaiah Whitehead and Caris LeVert should only grow as they get used to the NBA game. Even Chris McCullough, who hasn’t done anything for the Nets this season, could see more of a role.

Whether Brook Lopez will be traded, or can net legitimate value, is still unknown, but should the Nets want to commit to him long-term beyond his deal that ends after next season, he looks like a worthy investment. Same with Bojan Bogdanovic and Trevor Booker, who can definitely be contributors on a playoff team.

At some point, luck will at least turn a little bit in the Nets’ direction. This season will undoubtedly be the nadir of Brooklyn’s drawn-out rebuilding process. Kenny Atkinson, and the rest of the organization, are always preaching about the process, much like the Sam Hinkie 76ers have.

Like Philly, the Nets are so much below the rest of the league that it feels like they’re playing a different sport at times. Even though Brooklyn doesn’t have the 76ers’ draft positioning, the similarities are striking, and with more of their players healthy and on the floor together, the 76ers are starting to turn it around.

For Brett Brown, rock bottom was last season’s 10-72 horrorshow. The 76ers were a comedy of errors all year, but the fruits of those pains are ripening in front of our eyes. They even had a bridge year — or two — prior to the 2015-16 slog, and the plan is starting to come together.

Are the Nets actually a 9-win team? Talent-wise, they should not be, but when you string together inexperience with injuries and some bad luck — with a rookie coach — it’s no wonder this season has been so bad. The great side of that — lack of lottery pick notwithstanding — is that it can’t possibly get worse. Considering the situation in which the previous front office regime left the team in, that’s more than enough solace.