Sean Kilpatrick is the perfect player for these Brooklyn Nets 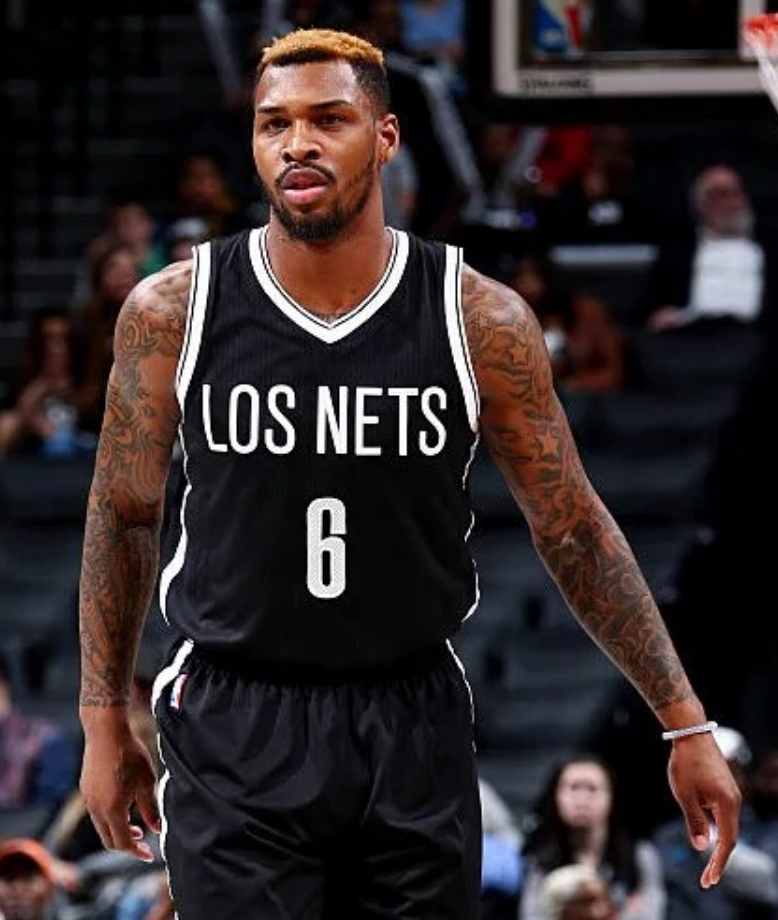 Sean Kilpatrick has played a total of 38 regular season NBA games over two seasons with three different NBA teams. His basketball journey has made him criss-cross the country, but it started in (almost) the same place where he is right now.

Maybe it’s his unique size for a point guard, 6-foot-4 and 210 pounds, that caused a 20-point scorer for the Bearcats to go undrafted in 2014, despite being an All-American. From there, he was on the 76ers’ summer league team, the Warriors’ D-League affiliate in Santa Cruz, the D-League’s Delaware 76ers and so forth, cycling through the Nuggets, Timberwolves and Bucks organizations with another stop in Delaware.

The Nets signed Kilpatrick to a 10-day contract on February 28th, adding another player into the convoluted mix for a team already long out of playoff contention with an uncertain future ahead of itself. For the last five or so weeks of the regular season, Kilpatrick was a bright spot for Brooklyn, especially with his versatile offensive game.

This summer, along with most of the rest of the Nets’ revamped roster, Kilpatrick worked out in the new HSS Training Center in Brooklyn, which might be a reason for A) why he looks more trim than he did last season and B) why the Nets have played well so far. The chemistry between a group of guys that haven’t really played much with each other has been downright impressive.

Kilpatrick definitely has been in much better shape this year, and it has showed on the floor. Through three games, he’s slashing .515/.500/.857 in an admittedly small sample that is sure to regress a bit as the season wears on. But, he’s scoring over 15 points a game on a usage rate of just over 24 percent, which is barely higher than his in his short 2015-16 stint with the Nets, when he was much less efficient.

The shot — especially from three-point range — while accurate, does start a little too low for my liking, which could be a problem against bigger defenders. But, this wide open Nets system, leading to a league-leading 37.2 three-point attempts per game, many of which are fairly open. So far, Kilpatrick has made those looks, and the Nets need him to keep doing so.

What’s great about Kilpatrick though is that he is far from a one-trick pony. Of his 33 field goal attempts, 13 are classified by the NBA.com’s Stats website as layups (not including a fastbreak dunk off a Jeremy Lin pass in the Pacers game). Kilpatrick has made nine of those 13, many of which have come on contested drives when he uses his solid frame to shield off defenders and create space.

Kilpatrick’s ability to score both from the perimeter and at the rim is what makes him such an exciting player, and one that’s perfect as a scorer off the bench.

Sean Marks signed Kilpatrick to the 10-day deal just over a week after he was hired by the Nets, and extended the contract to a three-year pact less than a month later. It turns out that Kilpatrick is the exact type of player Marks said he’d target for the Nets, considering the dearth of future 1st-round picks owing to the previous regime.

The team’s new focus on marginalized talent, be it from overseas or the D-League, has already manifested itself in the current roster and coaching staff/front office. Justin Hamilton has showed signs of being a useful piece and the Nets is sure to utilize the D-League more as the season progresses, but Kilpatrick looks to have legitimate staying power.

In that way, having Kilpatrick turn into a viable rotation piece can help make up for some of those forfeited picks and, as Marks has said multiple times, the Nets are going to need to hit on a bunch of these low-risk acquisitions in order to accelerate the rebuilding process.

Kilpatrick was a pretty big name in college and got his chances around the NBA and the D-League, but no team — other than the Nets — was willing to commit any resources to him. Brooklyn lucked in a big way with him, and it looks like the Westchester product is going to be an important part of the team for years to come. Put down Marks’ first significant move as a success, that could get even better as Kilpatrick improves his game.