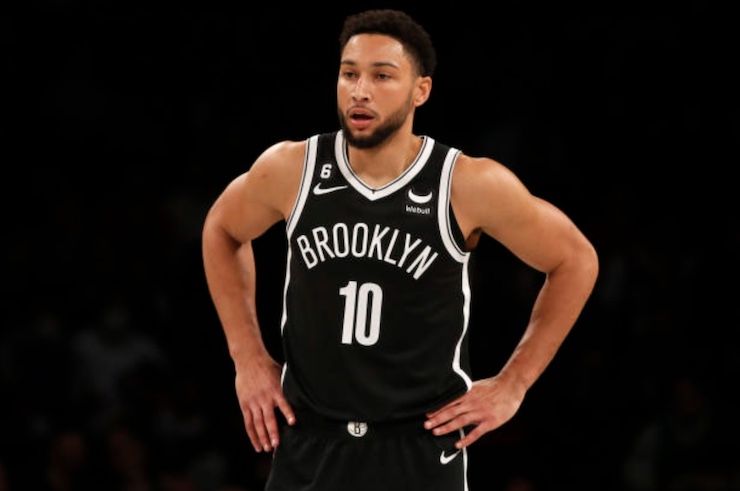 After a tumultuous year, Ben Simmons seems like he’s finally turned the corner.

Earlier this week, reports surfaced that the Brooklyn Nets called a players only meeting following their loss versus the Indiana Pacers in which forward Markieff Morris called out Simmons in front of the team.

Simmons reportedly took the criticism well and appears to have used it as motivation after having arguably his best game in a Nets’ uniform.

Simmons played 32 minutes in Thursday’s 109-107 win over the Portland Trail Blazers, scoring a season-high 15 points while adding 13 rebounds and seven assists on the night..

The performance marked Simmons’ first double-double of the season and the first time that he’s scored double-digits in consecutive regular season games since May 2021.

The Nets’ star also shot the ball well from the fied, going a perfect 6-for-6 from the floor and 3-for-4 from the free throw line.

“I’m just happy for him because he’s been trying to get his form back, trying to figure his rhythm out,” Durant continued. “Tonight I think he did a good job just talking up, commanding the offense, commanding the team on the defensive side of the ball. He was incredible tonight.”

Simmons, who has struggled to find his rhythm since being traded by the Philadelphia 76ers, seems to be embracing the challenge of fitting in with his new team.

“I’m coming,” Simmons told reporters after the game. “I’m getting there, man. It’s taking a little bit of time, but I got my own back. My teammates got my back, my coaches.”

With Simmons back and playing his best basketball of the season, the Nets could be at full strength soon and make a real run at the NBA Championship.

Guard Kyrie Irving is expected to return to the team as early as Sunday after missing the last eight days due to a team-imposed suspension.