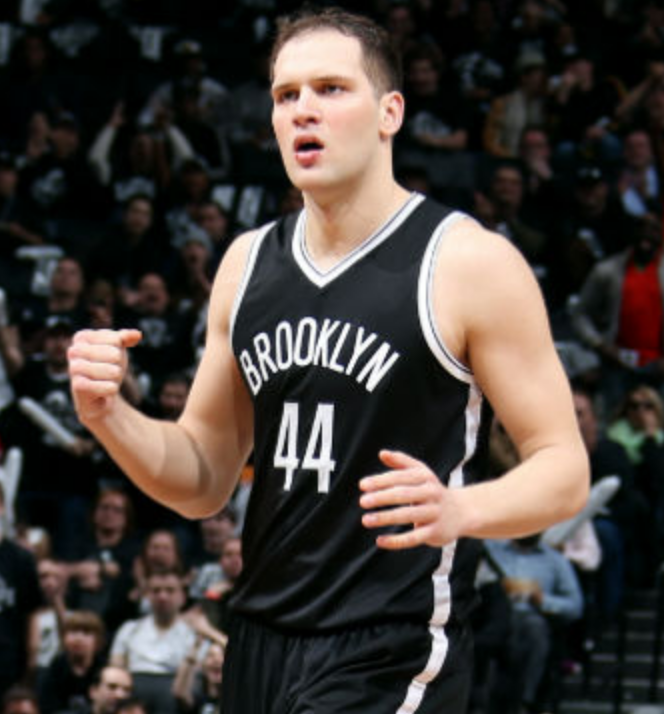 The Nets hired Sean Marks as general manager just over a year ago, but, with the trade of Bojan Bogdanovic and Chris McCullough to the Washington Wizards for a 2017 first round pick, Andrew Nicholson and former Net Marcus Thornton, he made his second major mark on the roster.

The first, you could say, was the Thaddeus Young trade this past offseason. Now, only Brook Lopez, Rondae Hollis-Jefferson and (in a way) Thornton have been with the organization under both Billy King and Marks.

Both Bogdanovic and McCullough were here when Marks got here, and neither seemed to have much a role with the Nets going forward, but for very different reasons. As an effective scoring wing who is set to earn a significant pay raise as a restricted free agent this summer, Bojan was simply a luxury for the rebuilding Nets, while McCullough — who Brooklyn took with the 29th overall pick in 2015, the pick from the Joe Johnson trade to Atlanta — just never took hold under the new front office regime.

Bogdanovic, who the Nets traded for on draft night in 2011, has had a career season, averaging 14.2 points and 3.6 rebounds on .440/.357/.874 shooting. This summer, he led at Olympic scorers with 25.3 points per game as a member of the Croation national team. With the Wizards, he immediately becomes the top bench scorer for Scott Brooks.

As for McCullough, his inclusion in this deal signifies that the Nets just didn’t feel he could get much better. While he dominated the D-League with Long Island, scoring over 18 points and grabbing over seven boards a contest, his lack of an all-around game doesn’t fit with the versatility-focused Nets. After finding a part-time role with Brooklyn last season, appearing in 24 games and starting four, McCullough was mostly relegated to Long Island this year and the occasional practice with the big-league club.

There were high hopes for the Bronx native out of Syracuse, as the Nets bought low on a supremely talented forward after his college career ended due to a torn ACL, not unlike the mentality Marks and Co. used with Caris LeVert in the 2016 draft. But he was a King draftee, not a Marks draftee, and his future with the organization seemed dim.

While Nicholson and Thornton are the two names the Nets got back in the deal, the headliner is the Wizards’ first rounder, which is lottery-protected. As of right now, that would be the No. 24 pick in the draft so, considering that the Celtics’ pick is at No. 27 and will belong to Brooklyn, the Nets will have at least two first rounders in this June’s draft. Granted, they won’t be high picks, but in such a deep draft, they should be valuable. Also, Marks’ favored strategy of going for overlooked value (such as LeVert) lower in the first round could come into play.

Neither Nicholson nor Thornton is a real difference-maker, but they help the Nets creep closer to the salary floor and, in Nicholson’s case, could be a salvageable piece. He’s signed through 2019 (with a player option for the 2019-20 season) with annual salaries hanging around $7 million. Thornton, on the other hand, is on an expiring veteran’s minimum contract. He played 26 games for the Nets a few seasons ago, coming to Brooklyn at the deadline from Sacramento for Jason Terry and Reggie Evans.

Obviously, this trade makes the Nets worse in the short-term and, admittedly, it might not improve them much in the long-term either. But, without their own draft picks, they have to be creative and this is that type of deal. I would have liked to see Bojan stick around, especially because of how much better he has gotten in each of his years with the Nets and due to his fit in Atkinson’s system, but Brooklyn was able to sell high and might extract something out of Nicholson.

Another underrated aspect of the trade is that it frees up a lot of playing time with Long Island, where McCullough was the leading scorer and played a lion’s share of minutes. Marks might have another acquisition in the making to fill the junior Nets with someone he’s more interested in bringing into the organization. Also, with Nicholson and Thornton’s salaries, Brooklyn is within $4.1 million of the cap floor so an expiring contract in another deal could be heading the Nets’ way before the deadline.

There’s still slightly less than 24 hours to go until 3:00 pm EST tomorrow, and I think it could be a busy period of time for the Nets. Other than their potential trade efforts with Brook Lopez, the Nets could also help facilitate other deals by picking up contracts in exchange.

Regardless of what happens in the next day, the Nets will look vastly different on Friday than they did a year ago, and that’s a good thing. The roster purge has been quick and efficient, and while the front office needs to draft well in order for the team to return to relevance sooner rather than later, it is already in a better position now than seemed possible when the Garnett/Pierce and Deron Williams trade turned to dust. And that progress, little by little, is what works, not hasty win-now solutions.