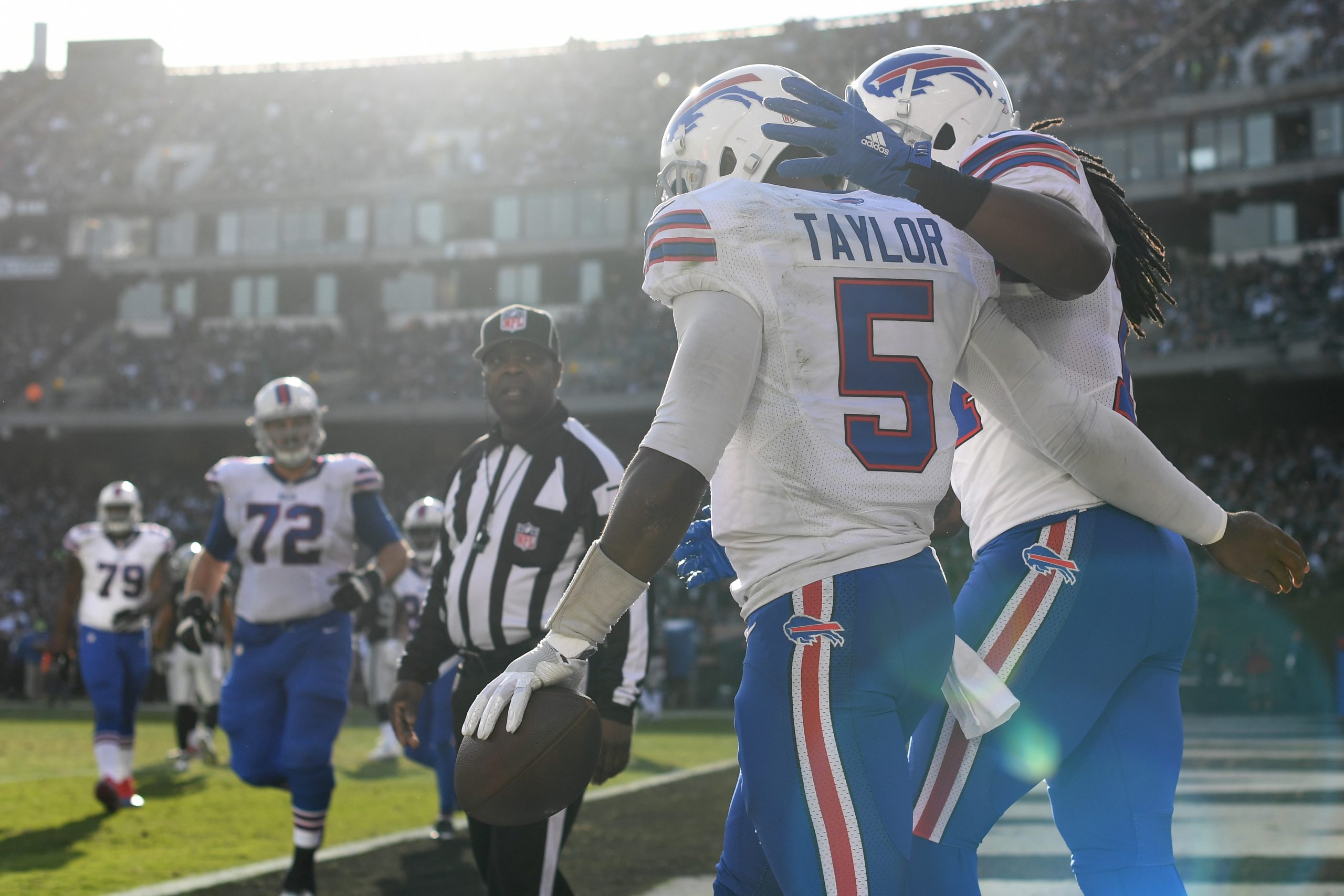 For my next player in the “Who is” series, I move to the 2017 Bills signal caller, Tyrod Taylor.

How Tyrod Fits on this team:

Tyrod is the unquestioned starter at quarterback. There isn’t a player currently that can challenge that role, and given the lack of quality veteran investment at wide receiver, he also will work with McCoy to generate yards outside of the traditional QB parameters. Tyrod is also going to be the lightning rod that absorbs any offensive malfunction, which is part of the job – but also a bit unfair.

What Tyrod Means to Me:

Tyrod is Schrodinger’s QB – he is both the best the Bills have and the worst among the fanbase and his perceived weaknesses are both insurmountable and correctable. For me, I’m more than fine with Taylor as the quarterback of the present and future until a better option presents itself. The idea that Taylor will be unseated by Nathan Peterman, or that he’ll be so bad that they’ll stumble into a top 5 pick is both silly and counterintuitive to me. Sure, Taylor isn’t throwing for 5,000 yards or 40 touchdowns, but he’s generating a lot of offense in his own right, despite street free agent wide receivers and a top target that hasn’t been on the field as much as they needed.

Think about it – if the Bills really want to make sure they’d have a shot at the top 5, why bring Taylor back? Wouldn’t that fly in the face of the “Process” as Sean McDermott calls it?

Tyrod is also that lightning rod that gets folks to “tell on themselves” in perceived or implied bias. The biggest Buffalo Wins argument Joe and I will ever have is the battle to throw empirical data at the argument, but folks are entrenched – and to be frank, I don’t want to waste time concocting great statistical arguments, only to get “lol he can’t read middle of field” in response. Can he throw to that part of the field more? Absolutely. But there is also that underlying needle that makes me feel if his melanin was non existent, he would get far more leeway.

A lot is going to depend on how this year goes for Taylor. If the Bills go 9-7 or better, do they really drop him for a rookie or a shiny “I can work with him” vet? Are they going to be willing to pay the freight to hop into the Kirk Cousins sweepstakes?

When I see Taylor, I see the only good thing left behind by Rex Ryan and his crew – and if he finally gets a supporting cast worth 2 bits, either in Buffalo or elsewhere, I see a QB that’s not going to hurt you on Sundays and will provide big plays.

Tyrod is a solid leader, a player that maximizes his minutes and for me is a-okay as the starting quarterback – either until they find a solid rookie they are all in on developing or he proves he is not up to the task. Pretty simple for me.