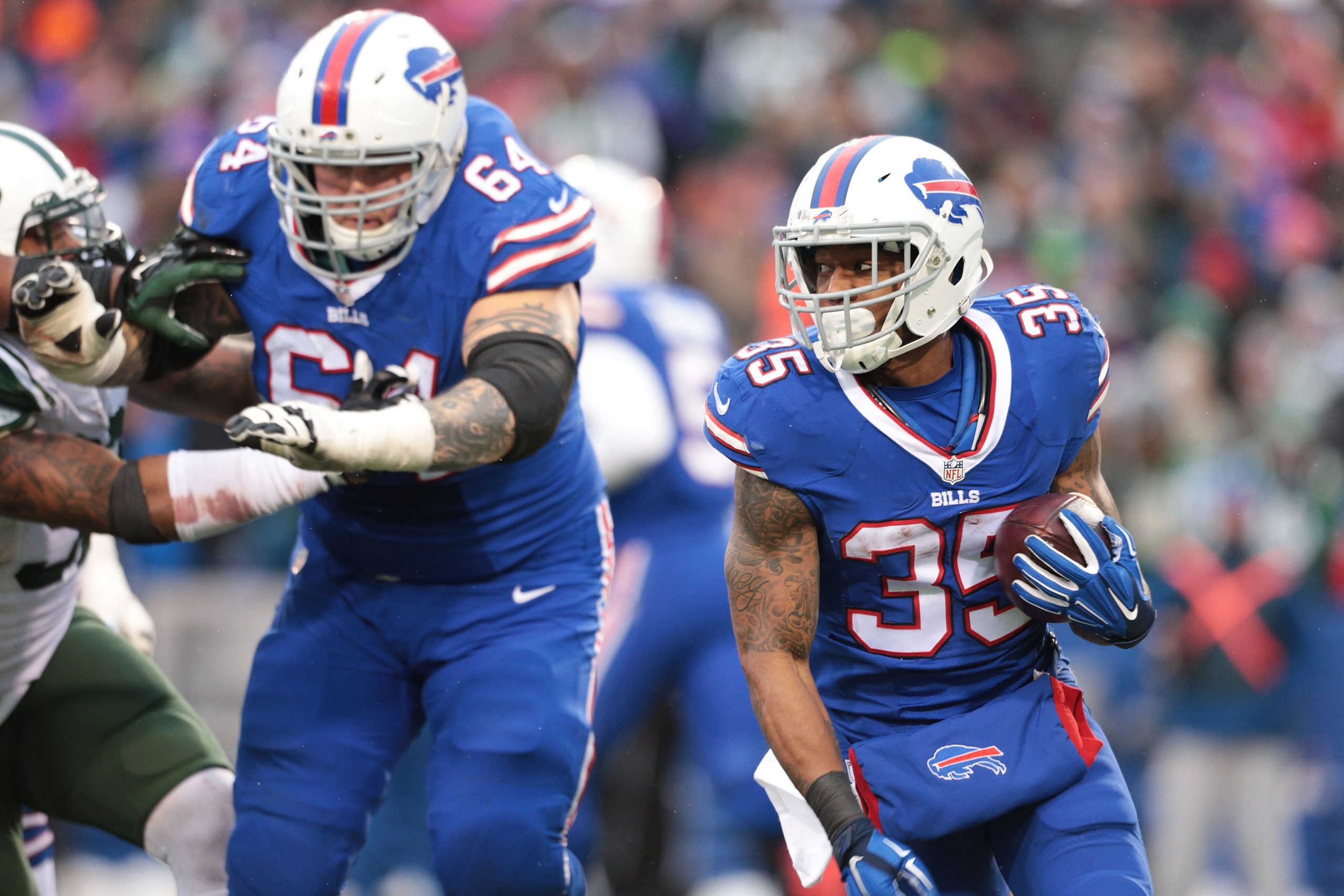 Last week, I discussed one of the newer projects we’re trying out here this off-season. This is the first of our experiment – each week, I’ll pick a player on the Bills, and describe how he fits on the team, who he is to me and what he’s going to do going forward. And with the first of this foray into one Fan(n)’s mind on key Bills players, Joe challenged me to pick the toughest cookie of them all – Richie Incognito.

As I mentioned last week, this isn’t going to be an x’s and o’s piece series. This is me being real about Bills players and giving you the platform to do the same if you agree/disagree/think I’m off on that person. So feel free to tweet, shoot Facebook lines or find me A-Team style in the streets.

How He Fits on the Team:

Richie’s unequivocally one of the team’s leaders. Whether it’s leading on a crunching block for a back or protecting Tyrod or speaking to changes on the team with local media, the guy who was once a pariah has found a home in Buffalo. Richie was one of the first players I noted on Twitter to celebrate Tyrod Taylor coming back, as well as having been quite vocal in keeping him in the run up to the world’s most unnecessary deadline dilemma.

Who Richie Incognito is to me:

Richie’s tough, to be perfectly honest. The Jonathan Martin bullying scandal is typically where most folks draw the line. There’s either a backlash of “it’s locker room talk” to “maybe Martin made it all up” and “we’re too PC” which is my personal favorite. The usage of racial slurs, getting a “n-word pass” isn’t something that I, as a black man ever gave anyone, so the debate about such a pass post-Dolphins was fascinating and horrifying.

When he first signed on in Buffalo, Joe and I were one of the few folks that saw this as a “nope” non-starter situation. Many others were far more forgiving and others still went into the “hey he’s got a pulse, let’s get him on the team” pile. Since signing he’s been a good citizen and I really have no issue with him, with the exception of one major thing that is kinda hanging out there for all of the NFL, fandom and the United States I’ll get into in a few moments. But I can’t hold Richie accountable for that – so I won’t.

Take the alleged racism and bigotry off the table and you also have a guy that had some major issues in terms of anger management and misogyny. For those that poo-pooed the ‘cism, these were much harder to do.

And that little thing above? It’s the growing resentment at the double standard in situations involving race, identity and being aggrieved. Whether it’s the return of Hank Williams Jr., while Colin Kaepernick sits out because…reasons? Or being told to allow folks like Richie, or Bill Maher, or Hulk Hogan to say the n-word and follow it up with “I wuz wrong” and all is forgiven. Or having Richie (and Eric Wood, and Rex) show up at rallies for the now-President pre-election but decry the usage of players’ right to protest of extrajudicial shootings. Don’t get me wrong – Richie may be on the periphery of some of the heady “non football” issues, but these issues cannot be something that gets swept under the “stick to football” rug.

Then there’s 26 shirts – a stupendous local (soon national – called it Del!) charity that sells Buffalo-related apparel. Richie’s pancake shirt was successful, raising $2600+ dollars for the C4 foundation. I do not understate how much Richie’s work with Del Reid has affected my opinion of him – moreso than his play and his general “not-a-jerk” status on the team. Del and 26 shirts deal entirely with solid folks and for him and his organization to team with Richie speaks volumes about where he was and where he is.

But, again, it’s weird for me to say “yeah he’s a good dude even though he might not see why black folks don’t appreciate being thrown slurs”?

Does that make sense?

What Richie will mean going forward:

Richie’s got another year on his deal, so 2018 could be his final stanza in Buffalo. My hope is that in addition to continuing his high level of play, Richie does more to show the happy-go-lucky guy teammates seem to love in Buffalo and less of the guy we read about in Miami. I’m currently in the Glenn Close role in this scene of Guardians, and I am seeing John C Reilly’s side with the Bills’ left guard.

While finishing this, a delightful thread came up on Twitter and I think it fits here with Richie – at what point do you hold someone accountable while also giving them the chance to redeem themselves, particularly *unlike the subject in the above thread* when he’s owned up to his mistakes?

I think Incognito has become a force for good on the team. I hope he continues to prove that is the case.